One year on, Trump remains the cause of - and solution to - the Qatar crisis

Andreas Krieg
In reality, Washington has been this crisis's centre of gravity from the beginning 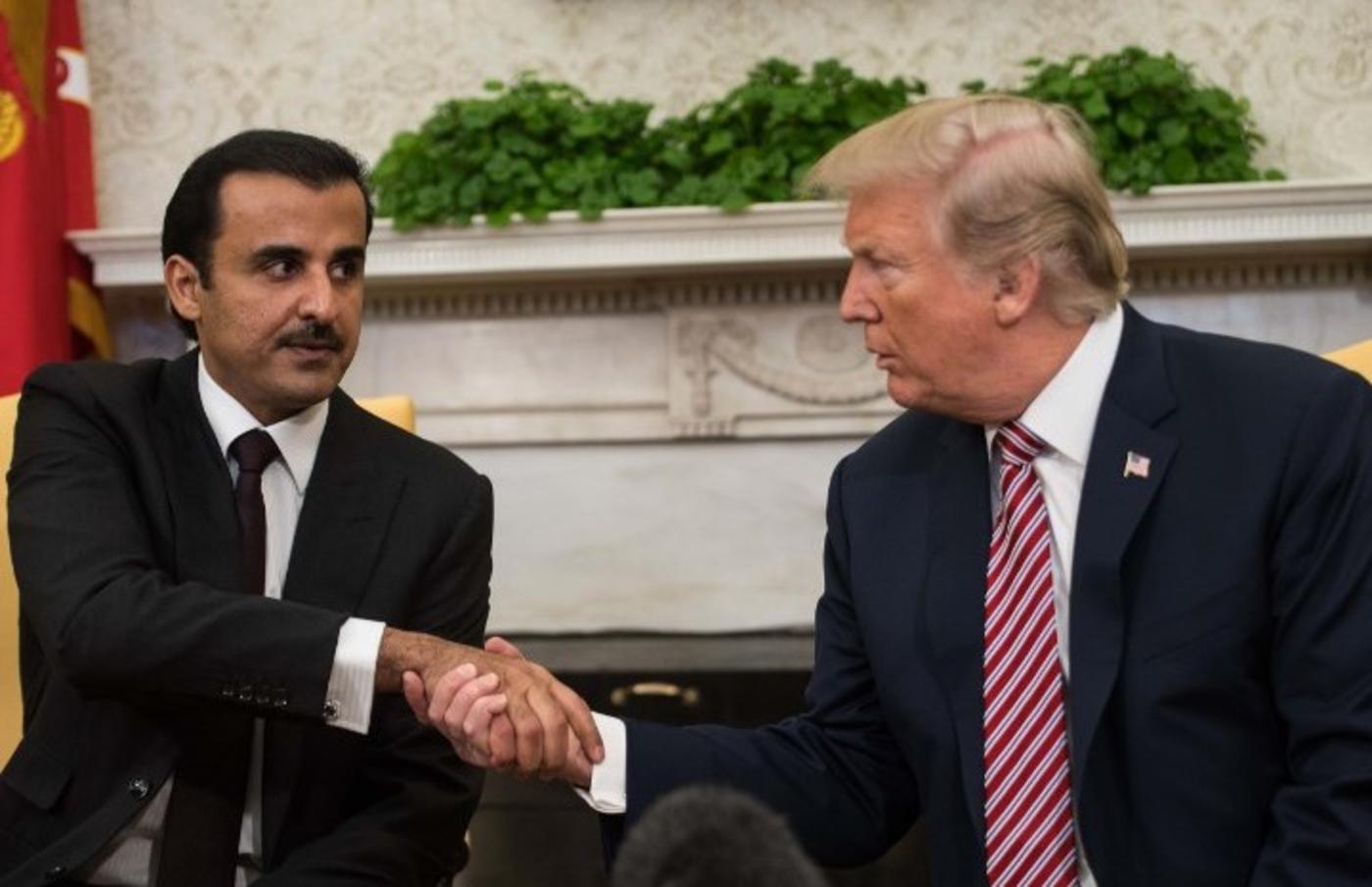 When it turned out the statements released by Qatar's news agency were the product of an external cyber-attack, and not the actual words of the country's emir, few could imagine it was all part of a masterplan to change the regime in Doha.

The events that unfolded threw the Gulf Cooperation Council (GCC) into the worst crisis since its creation - a crisis so obsolete that now, a year later, it is hard to believe that the blockade against Qatar is still ongoing. But US President Donald Trump seems to have made a commitment to get it fixed.

For a year, Qatar has been subjected to an air, land and sea blockade by its three Arab neighbours, leaving it with just a small corridor through Iranian air space to supply its population. For a year, families on both sides of the border have been forcefully separated, tearing apart centuries of tribal and family ties. For a year, a war of narratives and unsubstantiated allegations has been waged by Abu Dhabi and Riyadh to undermine Qatar's reputation regionally and internationally.

The self-declared "anti-terrorism quartet" has spiced the feud with the presentation of fake emirs and silly announcements, such as the most recent statement by Saudi Arabia to build a canal to cut off Qatar.

There have been a range of estimates circulating about the economic costs of the blockade on Qatar. Multiple outlets have gone with the argument that Qatar has spent up to $38bn on relieving the pressure from the blockade - a number that has not been officially verified. The IMF has gone with $40bn, though it could also be as low as between 25 and 30 billion.

For a year, a war of narratives and unsubstantiated allegations has been waged by Abu Dhabi and Riyadh to undermine Qatar's reputation regionally and internationally

In the initial months of the blockade Qatar, spent in excess of $2bn per month cultivating new routes to supply the country with food, building material and other essentials. Economies of scale have brought costs down.

Yet the financial costs of the blockade have not just been borne by the government, but an increasing number of private individuals and commercial companies who have chipped in to the national effort to deal with the consequences of the crisis.

After the initial escalation, the blockading countries quickly exhausted their means to exercise pressure. Qatar was presented with a list of demands it could never have met without surrendering its sovereignty.

This suggested that these extreme measures were just a prelude to a military intervention, rather than a means to actually extract any concessions from Doha.

In reality, Washington has been this crisis's centre of gravity from the beginning. After years of unsuccessfully trying to change Qatar's liberal policies, mute Al Jazeera and replace its revolutionary royal family, the UAE and Saudi Arabia had sensed an opportunity to take sweeping actions against their neighbour with a new American president, one who had colluded with the two crown princes and their surrogates.

Through an impressive communication stunt, the UAE in particular had built relations deep in the heart of neo-conservative power in Washington, creating the impression that they had unprecedented freedom to manoeuvre in the region.

But six months into the crisis, at the end of 2017, it became clear that the actions of the blockading countries had been based on a massive strategic miscalculation. While Trump had endorsed the blockade in his infamous Rose Garden Speech in June 2017, by the autumn he was ready to help mediate.

Aides from the US State and Defence departments were able to convince the president that the US had more to lose than gain from a feud that was undermining its regional front against terrorism and Iranian expansionism. At the same time, Qatar had demonstrated - not least in its Strategic Dialogue with the US in January 2018 - that it has not just always been a reliable partner in the region, but that it is the more reasonable party in this crisis.

Through an impressive communication stunt, the UAE in particular had built relations deep in the heart of neo-conservative power in Washington, creating the impression that they had unprecedented freedom to manoeuvre in the region

Although Qatar has made it clear that its sovereignty is not up for negotiation, it has been open to Kuwaiti mediation. With the signing of extensive and far-reaching memorandums of understanding with the United States and other European partners, Doha has underlined its commitments to fighting terrorism and terrorism finance.

Qatar has retreated from the theatres of the Arab Spring, surrendering the playing field to its neighbours, who wish to enforce their myth of "authoritarian stability". Hence, any grievance that Riyadh and Abu Dhabi might have had after 2011, Qatar has long addressed – something the Trump administration has acknowledged.

Trump's promise to Qatar's emir in April 2018 to solve the Gulf Crisis has set in motion the US diplomatic machine, bypassing the Kuwaiti emir, whose honest and unbiased attempt to mediate between the parties has not been respected by Saudi Arabia, the UAE or Bahrain.

Instead, Trump has proposed Oman take on an arbitration role, representing Saudi Arabia and Bahrain in Doha. The UAE has so far resisted any pressure from Washington to pave the way for reconciliation – MBZ's decision not to fly to Washington appears to be less a voluntary one and more one based on Trump's refusal to receive him after Abu Dhabi's decline to accept the US's initiative.

MBS, on the other hand, has built heavily on US endorsement. He requires Washington's help in getting out of the Yemen quagmire and assistance in liberalising the crippled Saudi economy.

Therefore, with indirect channels of communication being reestablished via Oman, and US pressure to end this obsolete crisis, Saudi Arabia might feel more inclined than UAE to reach a deal with Doha.

Egypt and Bahrain might follow their big brother even if Abu Dhabi continues to go it alone, as it does already in Yemen.

Whatever the outcome of the latest initiative, the peoples of the Gulf will not forget what happened last summer. More significantly, they will not forget how it happened. The damage to the social fabric of the region and the organisation of the GCC will be lasting.

Photo: US President Donald Trump shakes hands with the Emir of Qatar Sheikh Tamim bin Hamad al-Thani in the Oval Office at the White House in Washington, DC, on 10 April, 2018 (AFP) 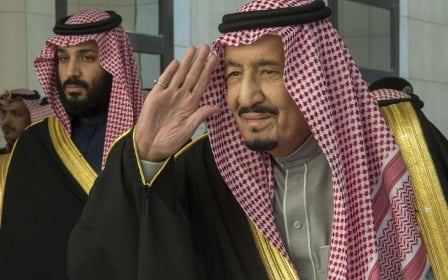 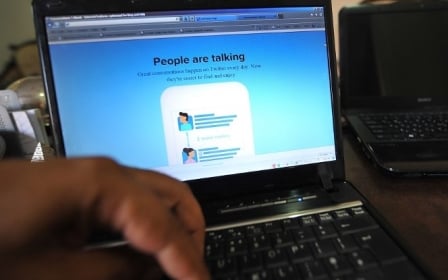 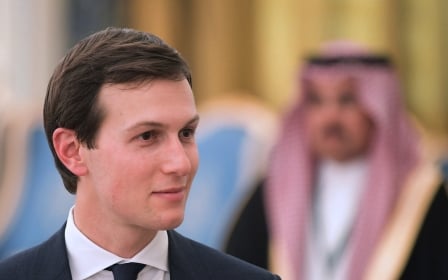