How Mohammed bin Salman built a security network around him

Yezid Sayigh
Over the past year, the crown prince has tightened his grip on Saudi Arabia's military and security agencies 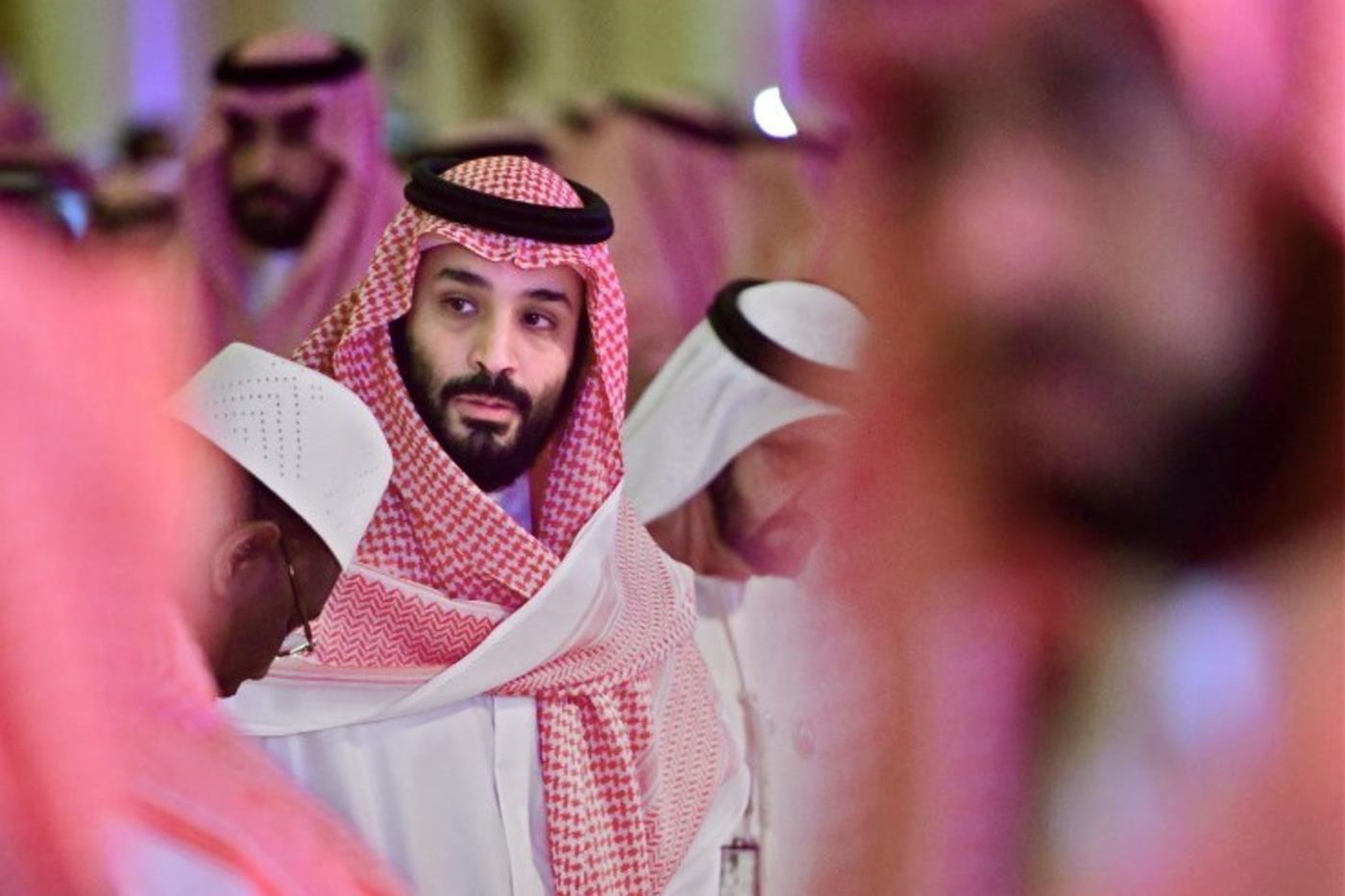 Speculation continues that Saudi Arabia’s Crown Prince Mohammed bin Salman (MBS) may be forced from office, or severely diminished, as a consequence of the murder of Jamal Khashoggi in the Saudi Consulate in Istanbul earlier this month.

This outcome seems unlikely, despite demands from some Western governments for a proper investigation and the decision by some leading world finance officials and global businesses to pull out of the international investment conference held in Riyadh on October 23–25.

So strong a stance is unprecedented. However, even if this leads to more severe penalties should Prince Mohammed’s responsibility for the crime be proven, he will not only survive, but will also use the backlash to entrench himself further domestically.

A consolidation of power

When under pressure, autocratic rulers do not relinquish power, they double down, no matter the cost, and the Saudi crown prince is in a better position than most.

Prince Mohammed's consolidation of power since he became crown prince in June 2017 has drawn frequent comment. Yet much of the speculation about his prospects fails to note that in his parallel role as defence minister he has tightened his grip on Saudi Arabia's military and security agencies.

Previously, these institutions functioned largely as separate fiefdoms headed by members of the royal family. In addition to preserving their individual stakes in the political order, the system allowed them to derive large fortunes from the construction and procurement contracts it generated.

In terms of improving their operational capabilities and performance, the reform and restructuring of the kingdom’s defence and security agencies remains a work in progress, but it has enabled Mohammed bin Salman to dislodge all major rivals.

The most visible indication of this came in June and July 2017, when King Salman dismissed the then-interior minister, Prince Mohammed bin Nayef, and brought all counterterrorism and domestic intelligence agencies under a single new body, the Presidency of State Security (PSS), which reports to Mohammed bin Salman. This was a move Jamal Kashoggi actually deemed an "overdue reform" in a Middle East Eye column, noting that MBS had already won the power struggle with his cousin bin Nayef.

Among the transferred agencies was the powerful General Investigations Department. In addition to taking over these bodies and roles, the PSS and subsidiary agencies - such as the National Information Center that was also transferred from the Interior Ministry - became both hubs and recipients of major investments in cybersecurity.

This continued a trend of investing in spyware and digital espionage for use against dissidents that is today at least four years old, as a report published by the Toronto-based Citizen Lab has detailed.

Changing of the guard

Reorganisation has been accompanied by a changing of the guard in the military and security officer corps. King Salman replaced the commander of the Royal Guard in July 2017, and in February 2018 he appointed a new chief of staff for the Saudi armed forces, as well as new commanders for the land forces and air defence. Along with the air force and navy commanders, they report directly to Mohammed bin Salman.

According to an unpublished planning document cited by defence analyst Neil Partrick, 800 new officer appointments are planned by the end of 2019.

The elevation of a whole generation of younger officers who are already loyal to the crown prince or stand to benefit from the avenues he is opening up for accelerated promotion and meaningful command will further secure MBS's position. This includes measures such as promoting the head of the PSS and his deputy to ministerial rank, and is reinforced by replacing Interior Ministry officers and officials tied to Mohammed bin Nayef with others loyal to Prince Mohammed. 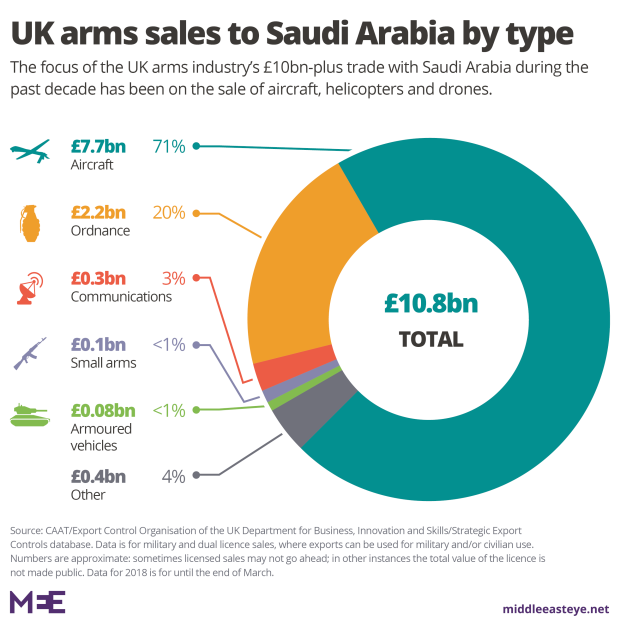 In parallel, Mohammed bin Salman has aggressively restructured and expanded the defence and security sectors’ economic and commercial interests. Saudi Arabia Military Industries (SAMI) was established in May 2017 as a defence subsidiary of the Public Investment Fund (PIF), the kingdom’s sovereign wealth fund that reports exclusively to Mohammed bin Salman.

The General Authority Military Industries (GAMI) was set up in August 2017 to handle procurement for the defence and interior ministries, as well as other agencies such as the PSS. Both SAMI and GAMI come under an inter-ministerial committee chaired by Mohammed bin Salman.

While seemingly intended to curb corruption and excessive commission-taking in an enormously lucrative sector, these moves have deepened the transfer of assets and jurisdiction from potential rivals - such as the interior ministry's portfolio of cyberintelligence affairs, which was transferred to the PSS.

They have also provided Mohammed bin Salman with an additional financial asset, even when bodies such as SAMI have under-performed, since he is able to steer PIF-funded investments and contracts toward the defence and security agencies he favours. Prince Mohammed reinforced this trend by ordering a review of existing defence contracts in July 2018.

This mirrored his revision or cancellation of massive civilian construction contracts since 2016, using his parallel power as chairman of the Council for Economic and Development Affairs.

These processes are incomplete and some may founder. It is not certain, for example, that the military’s planned Joint Operational Command - part of the roadmap for developing the ministry of defence endorsed by King Salman in July 2017 - will come into being. But the cumulative effect is transformative: a previously segmented defence and security framework is being beaten into one that is more unitary, reflecting a similar direction in the Saudi state.

What Prince Mohammed is doing is not an aberration or entirely new, being solidly anchored in internal changes in the economic and institutional spheres that have been years in the making. But these moves have placed him at the centre of a network that would take not a little will to unravel.

Whatever the fallout of the Khashoggi murder, Mohammed bin Salman is well positioned to resist any internal attempt to dislodge him. Given the extent of Western economic entanglement with Saudi Arabia, it would take a level of wholly unimaginable international sanctions to dent his domestic position.

And even if it did, Western governments would have to threaten the Saudi defence and security sectors with complete incapacitation before they would buck the trend that Mohammed bin Salman has been pursuing.

- Yezid Sayigh is a senior fellow at the Carnegie Middle East Center in Beirut, where he leads the program on Civil-Military Relations in Arab States (CMRAS). His work focuses on the comparative political and economic roles of Arab armed forces and nonstate actors, the impact of war on states and societies, and the politics of post-conflict reconstruction and security sector transformation in Arab transitions, and authoritarian resurgence.

This article originally appeared at Diwan, the blog of the Carnegie Middle East programme.