Hazem Sharif refused to carry the Syrian flag to celebrate his win. 'I don't want my art to be connected to politics,' he said. Twenty-one-year-old Hazem Sharif from Aleppo, Syria was crowned the winner on the popular TV show Arab Idol on Saturday.

Shareef beat fellow finalists Palestinian Haitham Khalailah from Galilee and Majid al-Madani from Saudi Arabia in the competition based on the popular British show Pop Idol and known in Arabic as “Mahboub El Arab".

Ten contestants who are selected after initial mass auditions in the Arab world continue to compete live on stage in front of the four judges and the public in a Beirut-based studio. The public votes for their favourite singers through SMS texts, and the contestant with the least amount of votes each week gets booted.

Sharif fell on his knees upon hearing that he won, as his mother and sister in the audience burst into tears. He refused to carry the Syrian flag to celebrate after the announcement of his win, pointing out that he did not want to be associated with taking sides in the Syrian civil war.

Sharif will be rewarded with $66,000 in prize money, a contract with Platinum Records to make three singles and a video, and a trip to Seychelles, courtesy of the show’s sponsor Emirates Airline.

In an interview with The National, Sharif revealed that he wants to take things slow and steady in terms of his plans for the future.

“I have learned that to have a career in the music industry you need to be smart about your choices,” he said. “I just want to think about that for a bit.”

From the start, Sharif was a favourite to win and received praise from perhaps unlikely fans. On Saturday, Avichay Adraee, the Israeli army’s Arabic spokesperson, praised Sharif on his Facebook page.

“Many congratulations to Hazem the son of Syria, the son of our neighbour,” he wrote.

It is the third season of the show on the Saudi-owned MBC channel. Last year, 22-year-old Mohammed Assaf from Gaza won the title, after making his way to the auditions in Egypt. 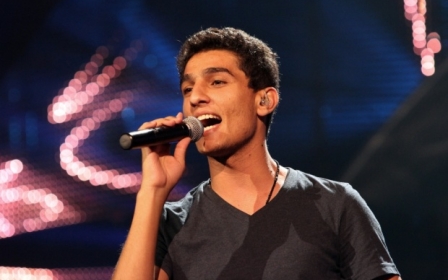 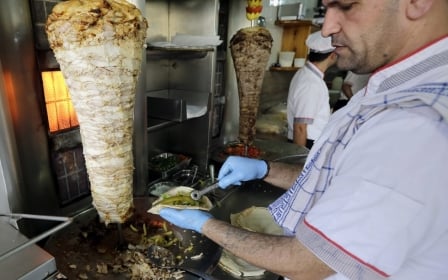 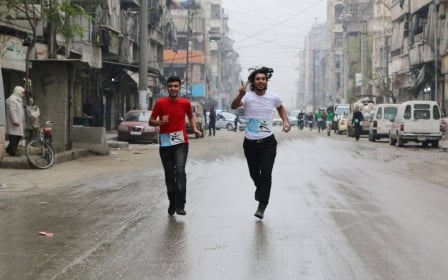