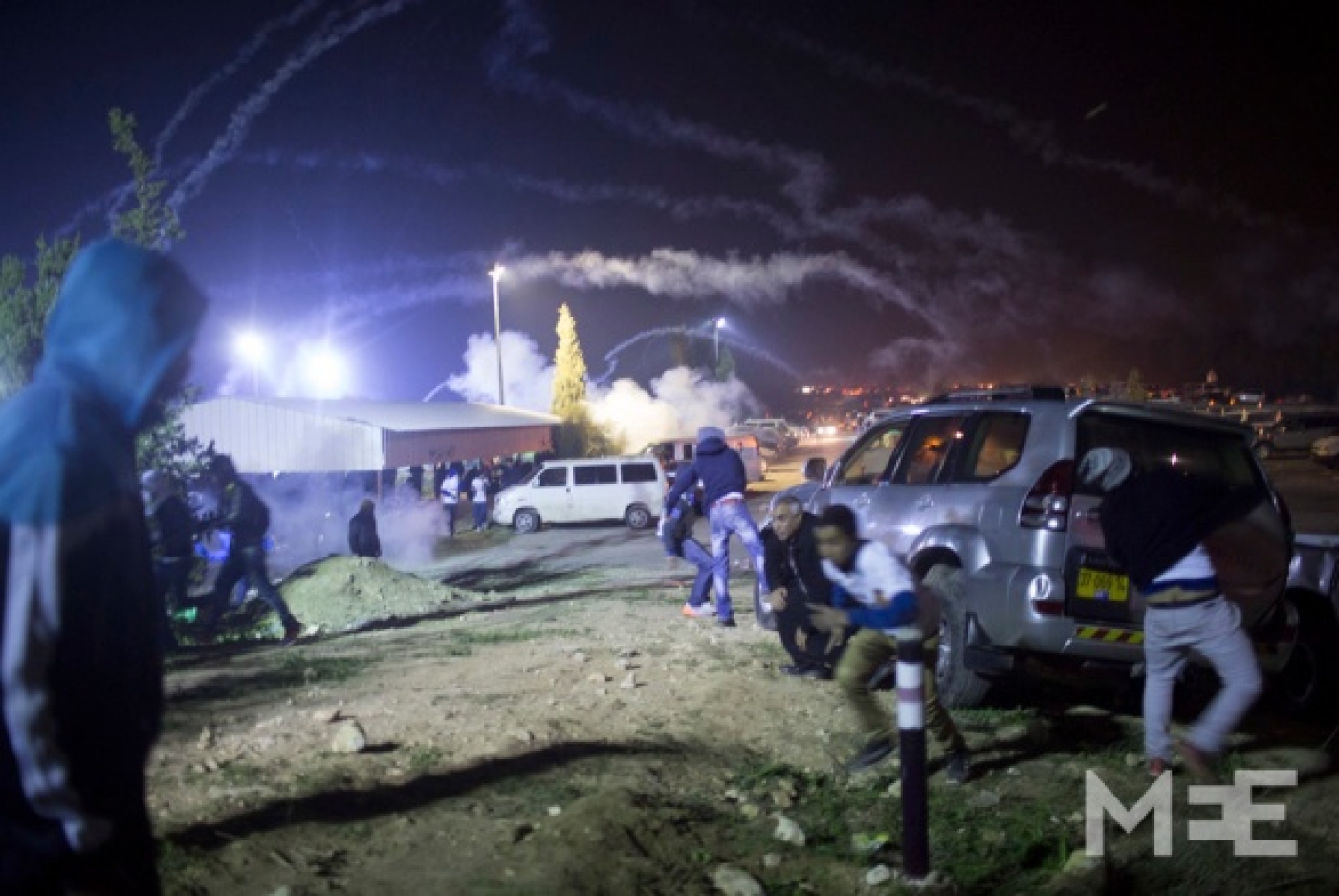 A 47-year-old Palestinian man died in clashes on Sunday following the funeral of a young Palestinian killed by Israeli police last week.

Zeiad Salamney, a resident of the city of Rahat in southern Israel, was one of several hundred Palestinians who came out to protest at the funeral of 22-year-old Sami al-Ja'ar, the 49th Palestinian citizen of Israel killed by Israeli police since October 2000.

During that second month of the Second Intifada, 13 Palestinian citizens of Israel, a Jewish citizen of Israel and one Gazan were killed, a watershed moment that led to the 2003 Or Commission which investigated the killings. At its conclusion, the commission formally acknowledged that the state of Israel had discriminated against its Palestinian citizens and the minority population needed urgent protection.

Al-Ja'ar's killing during an apparent drug raid in Rahat on Wednesday has raised controversy as eyewitnesses, including his father, contend that he was shot without warning.

Al-Ja'ar's father, Halad, told Middle East Eye that he had been sleeping on Wednesday evening when he heard shouting from a school nearby the house and went to find out what was happening with his son, Sami. When they arrived at the school, they found Israeli police handcuffing and beating anyone who came near, he said.

"I told the policemen, 'This is not legal', and they started to beat me," Halad al-Ja'ar told MEE on Sunday. Police beat Sami and pointed a gun at the father before they headed back to their home.

"My son was next to me and then the police shot him and he fell down," he said.

Israeli police said that they were pursuing "criminals," without admitting to killing al-Ja'ar. Two officers were injured during clashes with residents in Rahat, they reported.

Activists called on Arab residents of the Negev and Arab towns in Israel to participate in al-Ja’ar’s funeral on Sunday.

Israeli police, for their part, announced the deployment of forces in Rahat in anticipation of clashes with Arab residents following the funeral, according to Israeli radio.

On Friday, the city of Rahat a saw a large demonstration that called for the Supreme Steering Committee of the Arabs of the Negev – the representative of Arab Israelis – to protest the killing of al-Ja'ar.

Then on Sunday, as the funeral procession arrived at a local Rahat cemetery and the ceremony was about to end, an Israeli police car drove in a nearby road, according to an MEE contributor who witnessed the scene. Though several old men tried to prevent clashes from beginning, many young people began to throw stones at the car.

The policemen tried to drive away, but was stuck in traffic. At some point, according to MEE's contributor, police shot live ammunition from their car. After around 10 minutes, another police force arrived and shot tear gas and plastic bullets in the crowd, covering the cemetery with tear gas which is thought to have been a contributing factor in Salamney's death in Beer Sheva Hospital on Sunday evening.

At least another 20 people were injured and were also being treated in local hospitals late Sunday.

Last November, another 22-year-old Palestinian citizen of Israel, Kheir Hamdan, was shot and killed. Israeli police said they shot Hamdan in self-defence and fired warning shots; video footage showed Hamdan attacking a police car and then being shot in the chest at close range while trying to flee the scene.

Hamdan’s killing triggered a wave of rioting in northern Israel, particularly in areas with high concentrations of Palestinians.

After the killing, Prime Minister Benjamin Netanyahu vowed that anyone breaking the law would be "punished severely". The following day, he said, “To all those who are shouting against Israel and demonstrating against it - you are welcome to move to the Palestinian Authority or to Gaza, Israel won’t stand in the way.

“But whoever stays here must know - we will stand in the way of terrorists and attackers. I have given instructions to use all of the means at our disposal, including passing new laws, including destroying terrorists’ homes, and other measures.”