Who is David Schenker, the newest Trump appointee for Middle East policy? A former Pentagon official, who also worked at a pro-Israel think-tank in Washington, has been confirmed as the US State Department's top Middle East policy official.

David Schenker, a former programme director at the Washington Institute for Near East Policy, was confirmed as the new assistant secretary of state for near eastern affairs earlier this month in an 83-11 vote in the US Senate.

Schenker's new position at the State Department has been vacant since Trump took office.

His appointment comes as Donald Trump seeks to garner support for an upcoming summit in Bahrain, where top US officials are expected to unveil the economic portion of the administration's "deal of the century" to solve the Israeli-Palestinian conflict. 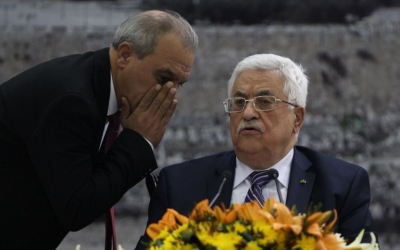 Schenker previously served as the director of the Beth and David Geduld Program on Arab Politics at the Washington Institute for Near East Policy, a pro-Israel think-tank in the US capital.

The group's executive director, Robert Satloff, praised Schenker for a career "dedicated to enhancing the quality of US Middle East policy".

"It is only fitting he should now be the one enacting such policies at such a critical time for US interests in the region," Satloff said in a statement, welcoming Schenker's new job.

Schenker previously served as Levant country director in the US secretary of defense's office during George W Bush's presidency.

In that role, he served as the top adviser to the undersecretary of defence "for policy on Syrian, Jordanian, Lebanese, Israeli and Palestinian affairs", reads a biography in one of his books, Dancing with Saddam: The Strategic Tango of Jordanian-Iraqi Relations.

But Schenker, who has written extensively about the region, has expressed controversial positions on the Middle East - and has been criticised for being a stalwart supporter of Israel.

In August 2009, he decried the loss of so-called Palestinian moderates, writing in Foreign Policy magazine that there has been "a broader sea change in Palestinian politics".

"Democratic politics are indeed taking shape among Palestinians, but they're mirroring the increasingly extreme views of the population at large. In short, the desire for popular support has not moderated Hamas, but has radicalised Fatah," Schenker wrote.

"No doubt, years of stagnation in the negotiations - attributable at least in part to Fatah-orchestrated violence - have proved frustrating and radicalising for many Palestinians."

In September 2017, Schenker gave an interview to the website Algemeiner, suggesting that Lebanese group Hezbollah would attack Israel after the civil war in Syria ends.

"With so many superfluous young militiamen/terrorists with nothing to do in Lebanon, it will likely be just a matter of time until Hezbollah once again starts probing and provoking Israel," he wrote.

'With so many superfluous young militiamen/terrorists with nothing to do in Lebanon, it will likely be just a matter of time until Hezbollah once again starts probing and provoking Israel'

Years earlier, in 2010, Schenker suggested that the US should reassess military assistance to Lebanon, in large part because of Hezbollah.

"Clear benchmarks should be established to track the relationship between the Lebanese Armed Forces and Hezbollah and limit the potential for nostalgia or sentimentality to cloud American policy-making," he wrote in The Jerusalem Post.

In 2014, Schenker also criticised the choice to hold the 2022 FIFA World Cup in Qatar.

He claimed that the Gulf country's relationship with Palestinian faction Hamas "all but certainly will contribute to the deaths of dozens of innocent Israelis".

"Linking the World Cup even tangentially to the killing of Israelis does a disservice even to the morally tarnished FIFA," Schenker wrote in a blog post for The Times of Israel.

Schenker was appointed by Mike Pompeo, the US secretary of state, but his confirmation had been held up by Senator Tim Kaine, a Virginia Democrat serving on the Senate Foreign Relations Committee, since September.

According to Al Monitor, the delay was "an unsuccessful bid to force the Trump administration to release a secret legal memo justifying US cruise missile strikes against Syria over its use of chemical weapons". 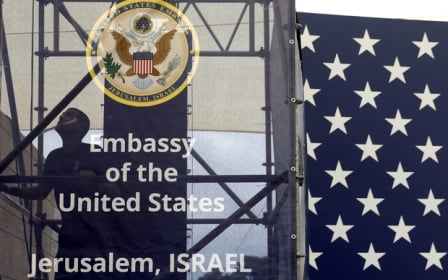