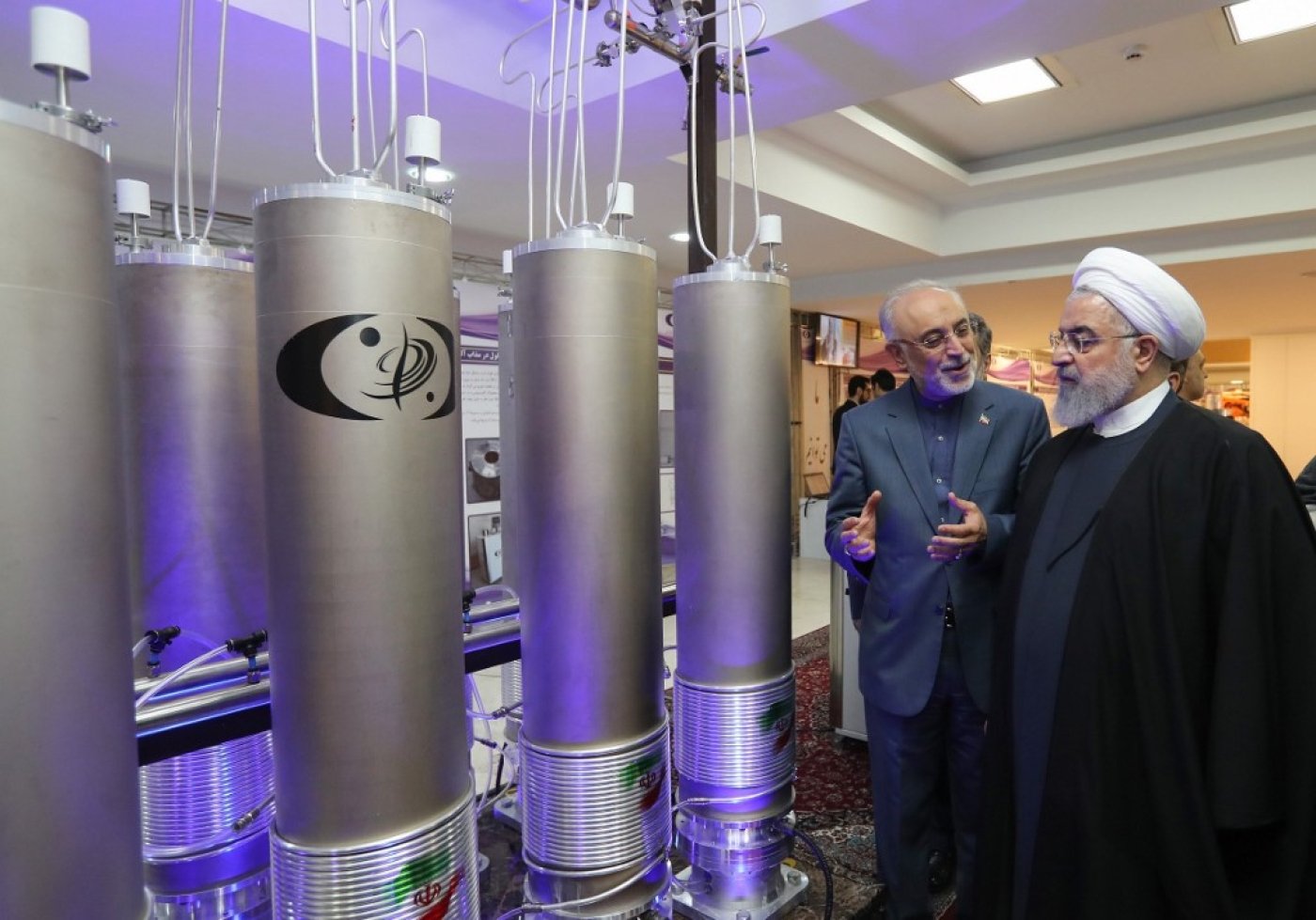 Iran's President Hassan Rouhani gave European powers another two months to save the 2015 nuclear deal on Wednesday, but warned that Tehran was still preparing to breach the pact in ways that would have "extraordinary effects".

Rouhani's statement came as both US and Iranian officials gave mixed signals in response to a French proposal to save the agreement by offering Iran about $15bn in credit lines until the end of the year if Tehran comes fully back into compliance.

Once senior Iranian official said the country would comply if it got that amount in credit lines or oil sales, while state-run Press TV said Iran had rejected a proposal for an EU loan of that amount.

Iran's Arabic-language al-Alam TV reported on Wednesday that Tehran would announce "within hours" steps to further scale back its commitments under the nuclear deal.

The report came after the US sanctioned a sprawling network of firms, ships and individuals it said were directed by Iran's Islamic Revolutionary Guard Corps (IRGC). The US accused the network of supplying Syria with oil worth tens of millions of dollars. Iran emerged from years of economic isolation after agreeing a deal with world powers in 2015 to curb its nuclear development programme in exchange for sanctions relief.

However, US President Donald Trump abandoned the deal last year and reimposed sanctions.

China, France, Russia, the UK and Germany remain signatories of the agreement.

After Trump deserted the deal, Tehran responded with two separate moves that breached some of the terms of the accord, although it says it still aims to save the pact.

Rouhani had threatened to take further measures by 6 September unless France and the other European signatories of the pact did more to protect Iran from the impact of the US penalties, Reuters reported.

"I think it is unlikely that we will reach a result with Europe by today or tomorrow... Europe will have another two months to fulfil its commitments," Rouhani said, as reported by state TV.

Meanwhile, Iran will continue with plans to breach the pact further and accelerate its nuclear activity, he added.

"The third step [in reducing Iran's commitments] will be the most important one and it will have extraordinary effects," state TV reported him as saying.

A senior US diplomat said on Wednesday that the US would not provide any sanctions waivers to accommodate the French credit proposal.

"We did sanctions today. There will be more sanctions coming. We can't make it any more clear that we are committed to this campaign of maximum pressure and we are not looking to grant any exceptions or waivers," Brian Hook, the US special representative for Iran, told reporters.

France's foreign ministry also said there were still many things to resolve regarding the proposed credit line after its finance minister travelled to Washington on Tuesday.

"Current efforts respond to a need to de-escalate tensions, shared by all actors," foreign ministry spokeswoman Agnes von der Muhll said when asked how the US had responded to the French idea.

"As the minister said yesterday, the process initiated in Biarritz has not been completed. There is still a lot to be done."

French Finance Minister Bruno Le Maire met US Treasury Secretary Steven Mnuchin in Washington on Tuesday, but neither side commented on the Iranian aspect of the meeting.

The Trump administration views the French proposal with some scepticism, other US officials said on Wednesday, adding that they had not seen any concrete proposal that would be in keeping with US sanctions on Tehran.

"We are pretty sceptical of this," a senior administration official told reporters during a conference call.

Earlier on Wednesday, Gordon Sondland, US envoy to the European Union, had said the US government was studying France's credit proposal and would not comment further at this time.

- Gordon Sondland, US envoy to the European Union

Speaking during a teleconference with reporters, he stressed that Washington's policy remained to exert "maximum pressure on Iran".

"But the definition of maximum pressure is determined by the president, and the president can dial that up and dial that down at his discretion," he added.

The credit line proposal would appear to contradict Washington's stated policy of working to force Tehran to rein in its nuclear and missile programmes as well as what the White House views as its destabilising regional behaviour.

On Tuesday, France's foreign minister Jean-Yves le Drian hd said that talks on the $15bn credit arrangement, which would be guaranteed by Iranian oil revenues, were continuing, but that US approval would be crucial.

The idea is "to exchange a credit line guaranteed by oil in return for, one, a return to the JCPOA [Iran nuclear deal]... and two, security in the Gulf and the opening of negotiations on regional security and a post-2025 [nuclear programme]," le Drian told reporters.

But "all this supposes that President Trump issues waivers", the minister said.

Iranian officials initially said they were considering the French plan when news of it emerged on Tuesday.

On Wednesday, Deputy Foreign Minister Abbas Araghchi appeared to back its main terms.

"Our return to the full implementation of the nuclear accord is subject to the receipt of $15bn over a four-month period, otherwise the process of reducing Iran's commitments will continue," the semi-official news agency Fars quoted Araghchi as saying.

"Either Europe has to buy oil from Iran or provide Iran with the equivalent of selling oil as a credit line guaranteed by Iran's oil revenues, which in some sense means a pre-sale of oil," Araghchiadded. Western and Iranian sources had described the French plan as the offer of a credit line, not a loan, although the precise details have not been made public.

In addition to the credit line, the Europeans have attempted for more than a year to set up the Instex trade mechanism, a European trade mechanism to barter humanitarian and food goods with Iran, but it is still not operational.

On Wednesday, a French diplomatic source told the Reuters news agency that the mechanism would not work until Tehran sets up a mirror company and meets international standards against money-laundering and terrorism financing,

"The Iranian mirror structure is not operational. The day they have signed the necessary FATF (Financial Action Task Force) conditions we'll talk about it and the day that we are sure that the first transactions through Instex aren't put under American sanctions, [then] we'll talk about it again," the diplomatic source said.

European officials until now have said that conforming to Paris-based FATF rules was not a prerequisite for Instex, although it would facilitate its establishment.

Iran's parliament has approved some new measures against funding terrorism under pressure to adopt international standards.

But the Guardian Council, which vets laws and elections for compliance with Iran's Islamic constitution, blocked a draft law in 2018 on the grounds it would prevent Tehran from providing financial support to Hezbollah in Lebanon, which is under US sanctions.

The FATF said in June that it could only consider fully enacted legislation and gave Iran until October to meet its norms or face greater scrutiny of international financial transactions with Tehran.

US officials have repeatedly said they do not believe Instex will get off the ground, but Sondland's comments left open the possibility that Trump could accept France's proposal. 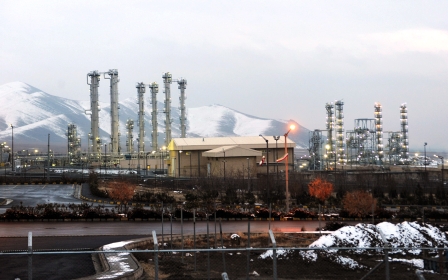