France to offer Iran $15bn in credit lines, but move hinges on US approval: Report

The credit lines aim to get Iran back into compliance with 2015 nuclear deal, Reuters reports 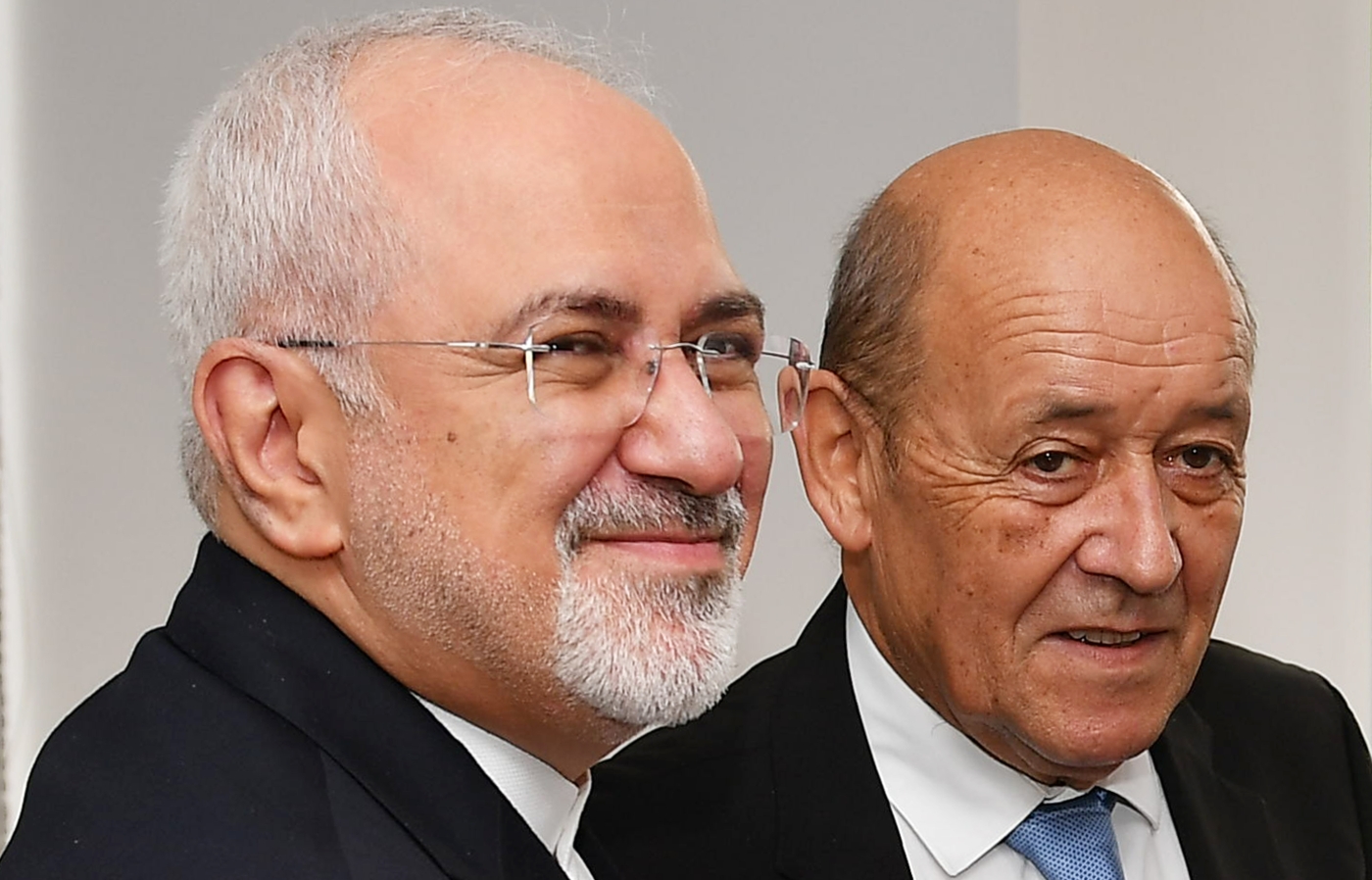 France plans to offer Iran about $15bn in credit lines on condition that the country comes back into compliance with the 2015 nuclear deal, France's foreign minister said, but the proposal hinders on Washington's approval.

Jean-Yves le Drian said talks on the credit arrangement, which would be guaranteed by Iranian oil revenues, were continuing, but that US approval would be crucial, Reuters news agency reported on Tuesday.

The idea is "to exchange a credit line guaranteed by oil in return for, one, a return to the JCPOA [Iran nuclear deal]...and two, security in the Gulf and the opening of negotiations on regional security and a post-2025 [nuclear programme]," le Drian told reporters, the news agency said. But "all this supposes that [US] President [Donald] Trump issues waivers", the minister said.

In an email to Middle East Eye on Tuesday, a senior Trump administration official did not comment on whether Washington planned to issue waivers for France to issue the credit lines.

But the official said that Trump "has been clear: Iran isn’t going to receive tangible economic benefits from the United States for reverting back to a completely inadequate agreement".

"The Europeans are desperate to salvage a terrible deal," the official said.

European leaders have struggled to quell tensions between Tehran and Washington, which sharply escalated after Trump pulled out of the Iran nuclear deal last year.

The agreement, known formally as the Joint Comprehensive Plan of Action (JCPOA), lifted international sanctions against Iran in exchange for the country curbing its nuclear programme.

China, France, Russia, the UK and Germany remain signatories of the agreement.

But Iran has been slowly breaching the deal's requirements as a way to pressure other states to help relieve some of the economic stress caused by Washington's decision to reimpose harsh sanctions on several of its key industries.

In the latest round of sanctions since the US abandoned the multilateral deal, Washington imposed fresh measures against Iran's space agencies on Tuesday.

Tehran said in May that it would gradually abandon some of its commitments under the accord as a result of the US pressure - and Iranian leaders have repeatedly called on European countries to protect the country from American sanctions.

If the deal's remaining signatories do not come up with a solution to give Iran respite from the US sanctions before 6 September, the Iranian government has said it would further breach the agreement.

French President Emmanuel Macron has spent the summer trying to create the necessary conditions to bring all sides back to the negotiating table. At a G7 meeting in France last month, Trump appeared open to the idea of credit lines, though US officials later ruled out lifting sanctions as a condition for new talks, Reuters reported.

Trump also said at the time that he would be open to meeting with his Iranian counterpart, President Hassan Rouhani, under the right circumstances.

An Iranian delegation, which included oil and finance officials, was in Paris on Monday for talks to fine-tune the details of possible credit lines, the news agency said.

"Although the EU and particularly France have goodwill, they should convince the US to cooperate with them," a senior Iranian official familiar with the negotiations told Reuters.

"If not, Iran is very serious about decreasing its nuclear commitments. There is no logic to respect the [2015] deal, if it has no benefits for us," the official said.

French Finance Minister Bruno Le Maire will be in Washington on Tuesday in part to discuss the credit mechanism. One diplomat told Reuters that might be when the US gives its response to the French proposals.

Meanwhile, Rouhani said on Tuesday that Iran would never hold bilateral talks with the US.

Rouhani said that Washington could join multilateral talks between Tehran and the other parties to the 2015 pact, however, only if the Trump administration lifts its sanctions.

But the Trump administration has held strong to its "maxium pressure" strategy, and on Tuesday it announced new sanctions on three Iranian space agencies.

"Today's designations continue US efforts to exert maximum pressure on the Iranian regime to address the threat it poses to international peace and security," the State Department said in a statement.

Iran did not immediately respond to the new sanctions on Tuesday.