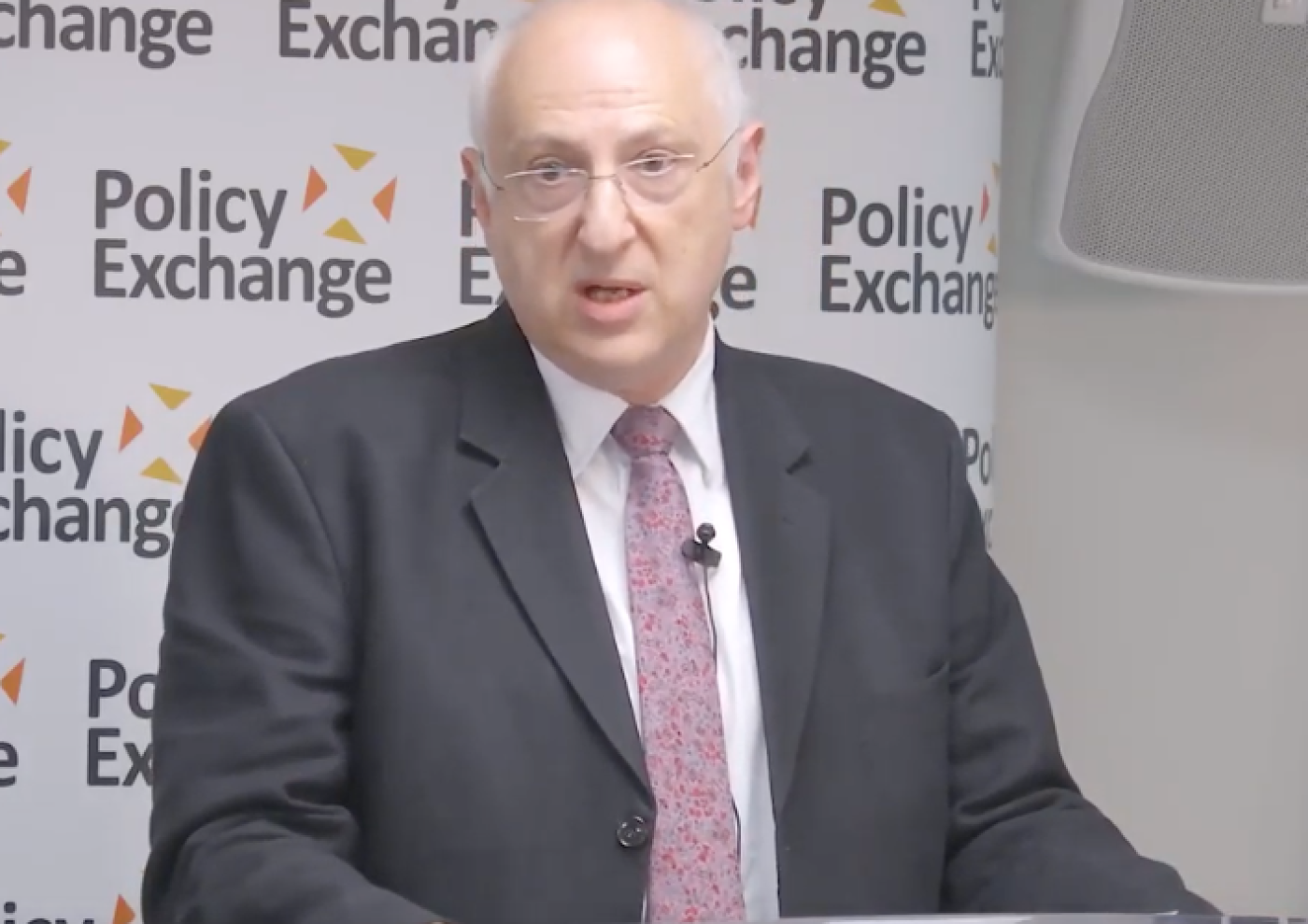 Lord Carlile previously praised Prevent and described a review of the strategy as 'unnecessary' (Screengrab)
By
Simon Hooper
, Areeb Ullah

A lawyer appointed by the British government to review the Prevent strategy is also a member of a secretive Home Office committee responsible for enforcing the implementation of the contentious counter-extremism programme by public bodies.

Lord Carlile, a former counter-terrorism legislation watchdog who also reviewed Prevent in 2011, was appointed by the Home Office on Monday to conduct the review.

But Carlile's membership of the Prevent Oversight Board and his past comments in support of the strategy have raised concerns about his ability to deliver a review that will be seen as genuinely independent by its critics.

Little information about the work of the board, which is chaired by the Home Secretary, has been made public. Since it was set up in 2012, the panel has met only seven times, the government said in January in response to a parliamentary question.

Another misjudged appointment by the government.
Lord Carlisle is neither independent of government thinking on this issue nor does he have the trust of the communities that have been on the receiving end of the excesses and mistakes of the Prevent policy https://t.co/vgL4qtTNyJ

The government describes it as having an "essential and ongoing role in driving delivery and scrutinising the Prevent programme to ensure it continues to effectively safeguard people vulnerable to radicalisation".

But freedom of information requests for further details about the panel's work and membership, filed by academics studying counter-terrorism policy, have been rejected by the Home Office on national security grounds.

Carlile himself revealed that he was a member of the panel during the House of Lords debate last December in which the upper house of the UK parliament passed an amendment to the Counter-Terrorism and Border Security Bill which committed the government to an independent review of Prevent.

One role that the panel plays is reporting to the Home Secretary on how one of the most contested elements of the strategy, the Prevent Duty, is enforced by public bodies including schools, universities and hospitals.

The Prevent Duty requires public institutions to show "due regard to the need to prevent people from being drawn into terrorism", but human rights organisations and critics of Prevent say that it has had a chilling effect on free speech in schools and universities and is discriminatory against Muslims who make up the majority of Prevent referrals.

According to Prevent Duty guidance, the panel's role includes making recommendations to the Home Secretary if a public body is considered to be failing to comply with the duty.

Prevent Duty guidance for universities published by the Office for Students also states that institutions that are not deemed to be demonstrating compliance with the duty could be referred to the Department for Education.

The education department could, in turn, refer them to the Home Office Prevent Oversight Board, which then rules whether the Home Secretary should take action against the institution.

The “independent” person appointed by the government 2 conduct a Prevent review deemed a review “unnecessary” & spoke against the merits of an Independent review🤦🏽‍♀️
Not sure whether this is incompetence on issues of security or indifference on policies that impact British Muslims https://t.co/5rLQIWFwx4

Carlile has frequently spoken positively about the work being done within Prevent, telling parliament's human rights committee in 2016 that the programme was being well managed in some areas but suffered from an overall lack of resources.

"I could tell you anecdotes of successful Channel interventions that would warm your heart," he said, referring to the counter-radicalisation programme within Prevent targeted at young people deemed vulnerable to extremism.

"I don't know why the government doesn't warm people's hearts in the same way and engage those communities."

In the December debate in the Lords on the merits of a review, Carlile said he had "concerns about a proliferation of independent reviewers" and suggested that the role should fall within the remit of the Independent Reviewer of Counter-Terrorism Legislation, since Prevent was part of the government's counter-terrorism strategy.

Carlile also questioned whether there was much public interest in a review of Prevent: "Of course I accept that Prevent is not a perfect policy.

"All policies can be improved, particularly in counterterrorism. If it would give greater confidence to the public, or rather - as I suspect the public are not too worried about this - if it would give greater confidence to those who spend a lot of time in the Palace of Westminster and the couple of square miles around it, then I see no disadvantage in an independent review being carried out by somebody already vetted and expert on counterterrorism policy as a whole."

"Lord Carlile is neither independent of government thinking on this issue nor does he have the trust of the communities that have been on the receiving end of the excesses and mistakes of the Prevent policy," Warsi wrote on Twitter.

"After ignoring the public appointments process and failing to undertake consultation with community groups, we are deeply concerned that the government has appointed an independent reviewer of Prevent who is on record in parliament expressing his support for the Prevent strategy and arguing against the very need for a review," she told Middle East Eye.

"Lord Carlile in fact authored the first review of Prevent in 2011, and it is disappointing that a reviewer was not selected who could bring a fresh perspective to this important role."

The UK Home Office defended Carlile's appointment and described his membership of the board giving him "useful experience" in conducting the review.

"We expect that Lord Carlile will make recommendations as he sees fit, based upon the evidence he gathers during the Review," a Home Office spokesperson told MEE. "His independence and capacity for making evidence-based judgments are a matter of record."

Announcing Carlile's appointment on Monday, Security Minister Brandon Lewis said: "We are continually improving and evolving the programme, and I look forward to seeing Lord Carlile’s recommendations on how we can learn more about what works and where we need to improve."

Carlile defended what he said was a "strong track record of asserting and sustaining my independence of government in assessing the effectiveness of legislation".

"I look forward in my new role to seeing Prevent work in action and hearing views from supporters, critics and everyone in between to see the evidence of what is and isn’t working. The review will be strongly evidence based," he said.

Curiously, Carlile asked the Home Office in a parliamentary question in June when the government expected to announce the appointment of the independent reviewer and also asked what the terms of reference of the review would be.

In 2013, when Edward Snowden released documents that showed the role that the US and UK signals intelligence agencies, the NSA and GCHQ, played in mass surveillance, GCHQ suggested to the Home Office that Carlile was a sympathetic individual who could assist with "press handling".

He is currently a partner in SC Strategy, a private intelligence firm, with Sir John Scarlett, former head of MI6, according to a Companies House filing.