US, UK and France may be complicit in Yemen war crimes: UN report A fighter of the UAE-trained Security Belt Force walks with a separatist flag past an oil tanker set ablaze during clashes between the separatists and the Saudi-backed government forces in southern Yemen on August 30, 2019. (AFP/Nabil HASAN)
By
MEE and agencies

The United States, Britain and France are among countries that may be complicit in war crimes in Yemen by arming and providing intelligence and logistics support to a Saudi-led coalition that starves civilians as a war tactic, according to a United Nations report released on Tuesday.

UN investigators have compiled a “strictly confidential” list of possible international war crime suspects after reviewing the four-year conflict, a group of UN Yemen experts told a news conference in Geneva, adding that the list had been sent to UN human rights chief Michelle Bachelet.

The report's appendix lists more than 160 "main actors" among Saudi, Emirati and Yemeni government and Houthi officials, although it said this was separate from the suspects list. 'I curse myself': Yemeni mercenaries say their Saudi fighting days are over
Read More »

The coalition, backed by Western powers, intervened to restore Yemen's ousted government in 2015 after Houthi rebels drove the administration out of the capital Sanaa the previous year.

The conflict has claimed tens of thousands of lives and sparked what the UN calls the world's worst humanitarian crisis.

The fighting has been at a stalemate for years, despite the coalition carrying out thousands of air strikes on Houthi-controlled areas.

"Individuals in the Government of Yemen and the coalition, including Saudi Arabia and the United Arab Emirates (UAE), may have conducted air strikes in violation of the principles of distinction, proportionality and precaution, and may have used starvation as a method of warfare, acts that may amount to war crimes,” the UN report said.

Saudi Arabia and the UAE, the main parties in the coalition, are two of the biggest buyers of US, British and French weapons.

“The legality of arms transfers by France, the United Kingdom, the United States and other States remains questionable, and is the subject of various domestic court proceedings,” the UN report said. Potential crimes were found on both sides, the report said, with the Houthis having being found to have shelled cities, deployed child soldiers and used “siege-like warfare”.

The investigators recommended that all states impose a ban on arms transfers to the warring parties to prevent them from being used to commit serious violations.

“Five years into the conflict, violations against Yemeni civilians continue unabated, with total disregard for the plight of the people and a lack of international action to hold parties to the conflict accountable,” Kamel Jendoubi, chairperson of the Group of Experts on Yemen, said in the report.

"The inhumane deprivation of the Yemeni population of their rights to medicine, water and food should stop immediately. The very survival of the 24 million in need should be the first priority."

The UN has sought to ease tensions between the groups and prepare for peace negotiations in a conflict widely as a proxy war between Saudi Arabia and Iran.

However, the Houthis deny being puppets of Tehran and say they are fighting against a corrupt system. 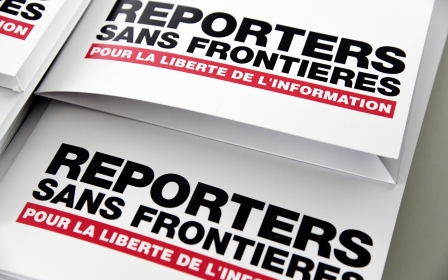