Qatar emerges as crucial player in West's relationship with Afghanistan

Doha has shown itself to be the interlocutor of choice for the US and Western countries wanting to engage with Afghanistan, experts say 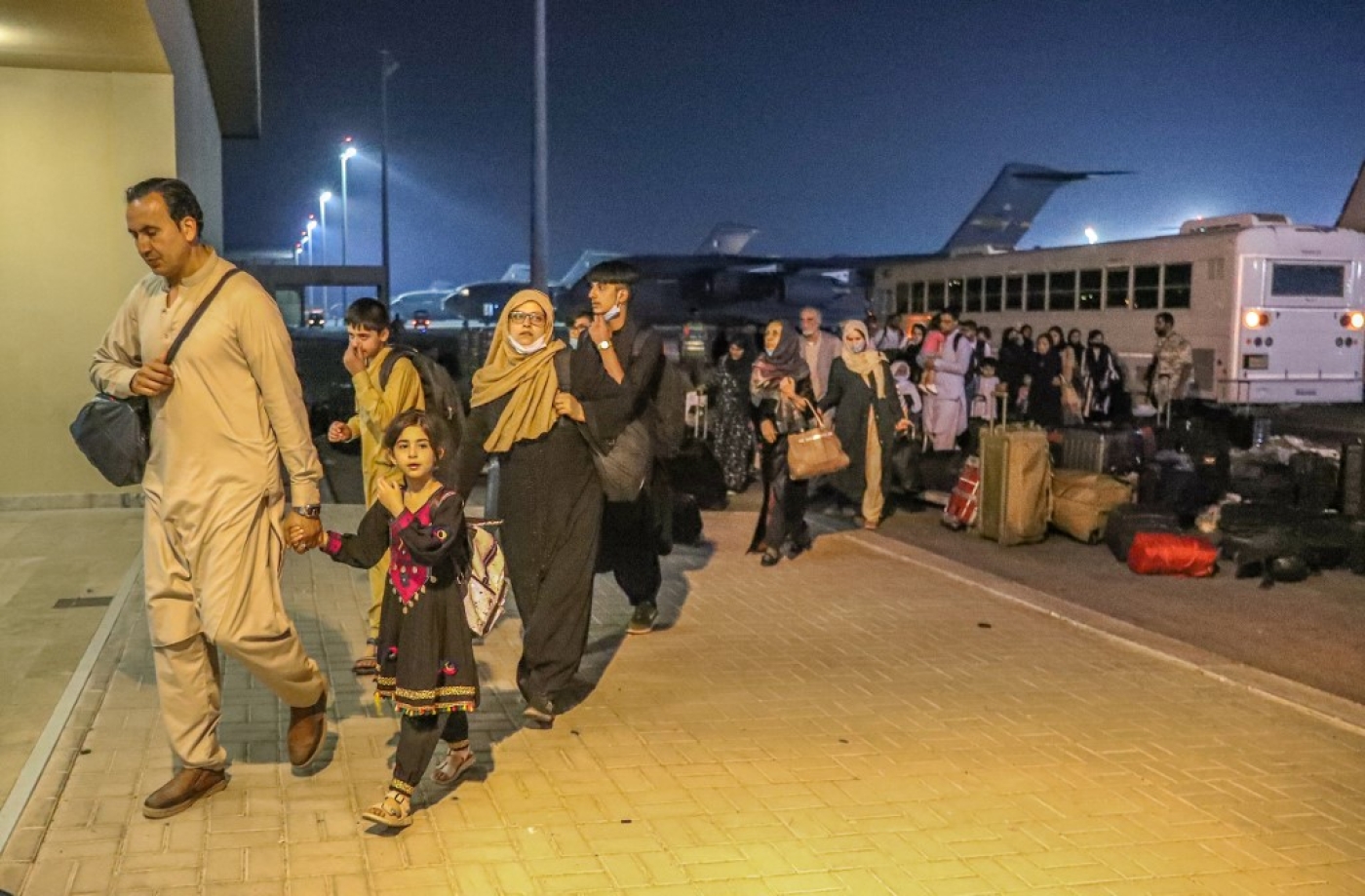 Qatar has emerged as a crucial player in Afghanistan and finds itself in the unique position of being able to shape events in the war-ravaged country with Washington's blessing, as it is viewed as a trusted ally by both the Biden administration and the Taliban, experts have said.

The gas-rich nation, which hosts a major US airbase, played an outsized role in Afghanistan earlier this month, helping evacuate thousands of Afghans and US citizens.

The Taliban seized control of the Afghan capital, Kabul, on 15 August after the US and its allies withdrew their troops after nearly two decades of conflict.

"Many countries have stepped up to help the evacuation and relocation efforts in Afghanistan, but no country has done more than Qatar," US Secretary of State Antony Blinken said in the Qatari capital on Tuesday.

"The strongest relationship that we and Qatar have built through this evacuation and relocation effort I know is going to pay continued dividends across these so many other key areas in the months and years ahead," Blinken said.

"What Qatar has done here - for Americans, for Afghans, for citizens of many other countries - will be remembered for a long, long time," he added.

Experts told Middle East Eye that the US withdrawal from Afghanistan could help establish a new alliance of powers who are willing to work with the Taliban, including Qatar, Turkey and Pakistan.

"When a favour is of desperation, it gets repaid with greater gratitude, so it seems like a shrewd diplomatic move for Qatar to cultivate United States goodwill on Afghanistan," Shah Mahmoud Hanifi, a history professor at James Madison University specialising in the Middle East and South Asia, told MEE.

Hanifi said that, as a result of Doha's actions over the past few years, Qatar was also in a "very good position to advance itself as a political broker in the wider region".

Mediator between US and Taliban

Qatar's engagement with Afghanistan dates back nearly a decade, when the Obama administration allowed a group of Taliban officials to move to Doha in 2011 to begin working on establishing negotiations with the Afghan government.

In 2013, the Taliban's office in Qatar was formally opened, and in 2018, the administration of former US President Donald Trump began direct talks with the group - the Afghan government was not invited.

"What is critical here is the ability of Qatar to bring the United States' formal diplomatic presence and Taliban presence together," Hanifi said.

After a series of negotiations, both sides agreed to the US withdrawal from Afghanistan by May 2021. The timeline was postponed by four months by US President Joe Biden. The negotiated agreement also led to peace talks between the Taliban and the Afghan leadership, again hosted by the Gulf nation, despite the Taliban continuing its military offensive on the ground.

On 15 August, the Taliban walked into Kabul without firing a shot, with Afghan President Ashraf Ghani fleeing the country. With the long-standing relationship between Qatar and the Taliban, the country holds a noticeable influence in Afghanistan.

In addition to hosting the Taliban's office, Doha is set to host the US, UK and the Netherlands' diplomatic missions to Afghanistan for the foreseeable future.

"The Qatari government has sought to portray itself as a mediator, a small country that has an array of nimble relationships, and a country that can leverage both regionally and internationally and particularly with the United States," Sanam Vakil, senior research fellow at Chatham House, told MEE.

"Qatar seems to be a trustworthy interlocutor that also has the ability to navigate all of these different regional relations.

"Perhaps going forward Qatar will be more strategically relevant for Washington. In Afghanistan, it will be Washington's interlocutor of choice."

Still, experts noted Doha needed to be careful and not hastily endorse the Taliban as the governing power, otherwise it could face its own diplomatic fallout if the group were to return to the harsh rule for which it was known during the 1990s.

"Qatar might wait because it does not want to risk its reputation. It does not want to be seen as too quick to embrace a Taliban government because of all the issues with the Taliban's past government from 1996 to 2001," Nilofar Sakhi, a professorial lecturer in International Affairs at the George Washington University, told MEE.

Qatari Foreign Minister Mohammed bin Abdulrahman al-Thani said during a press conference last Tuesday that formally recognising the Taliban was not a priority, but went on to urge other countries to engage with the group.

"Without engagement, we cannot reach . . . real progress on the security front or on the socioeconomic front," the foreign minister said.

"If we are starting to put conditions and stopping this engagement, we are going to leave a vacuum, and the question is, who is going to fill this vacuum?"

With the US withdrawal from Afghanistan complete, an array of other countries are looking to engage with Afghanistan diplomatically and economically.

China has pledged to assist Kabul with reconstruction and rebuilding efforts and Russia has maintained its diplomatic staff in the capital city.

Amina Khan, director of the Centre for Afghanistan, Middle East & Africa (CAMEA) at the Institute of Strategic Studies Islamabad (ISSI), said that going forward there would likely be a regional mechanism on Afghanistan made up of neighbouring countries including Iran, Russia and China.

The other bloc of countries working with Afghanistan, she told MEE, are Turkey, Qatar, and Pakistan. All three countries have had cordial ties over the years, and appear to be in a position to work together in the country.

"There is this strategic coincidence amongst these regional countries where they have a common view towards Afghanistan," Khan said.

How are the Taliban going to play?

A draft deal with the Taliban would have Qatar and Turkey work together to jointly operate the Kabul international airport, with Ankara providing security through a private firm.

The South Asian country plans to send intelligence and military officials to Kabul to help the Taliban reorganise Afghanistan's military, Reuters reported. Pakistan's intelligence agencies are widely believed to have provided support to the Taliban in Afghanistan, a charge that the country denies.

The ISSI's Khan noted the recent spat between Saudi Arabia and Pakistan had also drawn Islamabad closer to Doha and Ankara. Relations between the two longtime allies soured last summer when Pakistan lashed out at the kingdom for not convening a meeting of the Organisation of Islamic Cooperation (OIC) over India's nullification of Kashmir's special status.

Saudi Arabia then pushed Pakistan to repay a $3.4 billion interest-free loan it had extended to the country in 2018, at a time when the South Asian nation was suffering dire economic conditions.

While the two countries have appeared to mend their relationship as of late with high-level meetings between their leaders, Afghanistan may be what brings Turkey, Pakistan, and Qatar even closer together.

Gerald Feierstein, senior vice-president of the Middle East Institute and a former US diplomat, said Afghanistan would want to retain important relationships with Ankara, Doha, and Islamabad if the country sought to establish itself in the international community.

"If the Taliban want to try and build a decent international relationship, then Qatar or Pakistan or Turkey might be a useful conduit for cementing Afghanistan more firmly in the regional divide-up of states," Feierstein told MEE.

Qatar's reported links with the Taliban, the Muslim Brotherhood and Iran have often triggered anger among some of its Gulf neighbours.

In 2017, Saudi Arabia, Egypt, Bahrain and the United Arab Emirates (UAE) launched a land, sea and air blockade against Qatar and also cut diplomatic and trade ties with Doha claiming it supported "terrorism" and demanded that it shutter a Turkish military base, cut links to the Muslim Brotherhood and downgrade ties with Iran.

In the first few days of the boycott, Trump appeared to support Saudi claims that Qatar was funding extremism, a charge denied by Doha.

Chatham House's Vakil said that while Qatar had been suffering diplomatically in the region as a result of the blockade, the country looked to maintain support from Washington, and did so in part with its mediating role in Afghanistan.

"A strategic priority for Doha during this period was to retain the support of Washington through this very difficult period for the country. It managed to do so through not just its strategy in Afghanistan but its strategy more broadly," Vakil said.

Faisal, 76, served as head of Saudi intelligence services between 1979 and 2001, and assisted in coordinating resistance with the Afghan Mujahideen during the Soviet invasion of the country.

Khan said, despite the recent manoeuvres of other Gulf countries, Doha was better suited than Saudi Arabia and the UAE in the 1990s, when they were the only two Arab countries to formally recognise the Taliban government - a move that cost them politically after the Taliban refused to extradite al-Qaeda leader Osama Bin Laden.

"Qatar has done a great job for itself in the sense that it has been able to portray itself as that moderate neutral actor," he said.

"We needed a country like that from within the Middle East that could play that role." 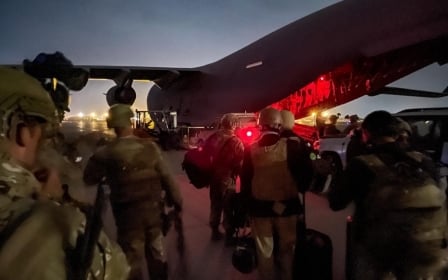