Al Jazeera cleared of anti-Semitism in exposure of Israeli lobbying Al Jazeera English has been cleared of any wrongdoing by a British broadcasting regulator after complaints were submitted about The Lobby, a documentary series it broadcast on the political influence of the Israeli embassy in Britain.

Two complaints were submitted to Ofcom about the series after it was aired, with one complainant accusing the series of being anti-Semitic.

But Ofcom dismissed the complaints and ruled that Al Jazeera was not in breach of any regulations. It stated the documentary "provided sufficient balance".

“We carefully investigated whether this documentary breached our rules on offence and due impartiality, after receiving two complaints," an Ofcom spokesperson told Middle East Eye.

"We found the programme's focus was to investigate the alleged activities of a foreign state, acting through its embassy in the UK, and that the allegations made in the programme were not in relation to the Jewish faith.

“The programme also included statements from a number of representatives of the Israeli government and other groups and individuals, which provided sufficient balance.”

Ofcom's findings come as Israel is seeking to close Al Jazeera's Jerusalem bureau and deny its reporters access to the country after it was accused of "incitement" during the recent outbreaks of violence around the Temple Mount.

Clayton Swisher, Al Jazeera's director of investigative journalism, told Al Jazeera he was "extremely pleased with the verdict" and said the ruling had "vindicated" the investigation.

"It overwhelmingly validates the revelations captured by our brave undercover reporter, known as 'Robin'," said Swisher, who narrated the four-part series.

"Our entire team put a ton of care into making this film, under full legal review throughout. This totally vindicates our work and is a terrific verdict for all journalists exposing wrongdoing."

Middle East Eye had worked with Al Jazeera on the secret tapes that exposed the Israeli embassy's lobbying efforts and plot to influence British politics.

The series raised concerns and calls for a parliamentary investigation after it covertly filmed Shai Masot, a political officer in the Israeli embassy, threatening to "take down" MPs who were critical of Israel.

It also revealed how former parliamentary assistant Maria Strizzolo, who had connections to the Israeli embassy in London and the Israeli ministry of strategic affairs, had used her position to place parliamentary statements sympathetic to Israel.

Masot has since resigned from his post at the Israeli embassy in London. Among the MPs mentioned by him include Alan Duncan, a minister in the British Foreign Office.

Mark Regev, the Israeli ambassador to Britain, also apologised to the Foreign Office for Masot's comments. 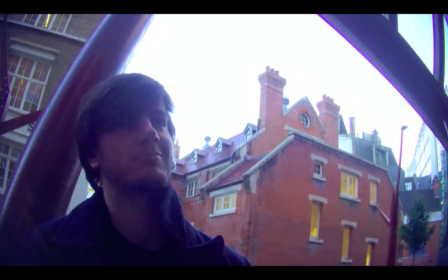