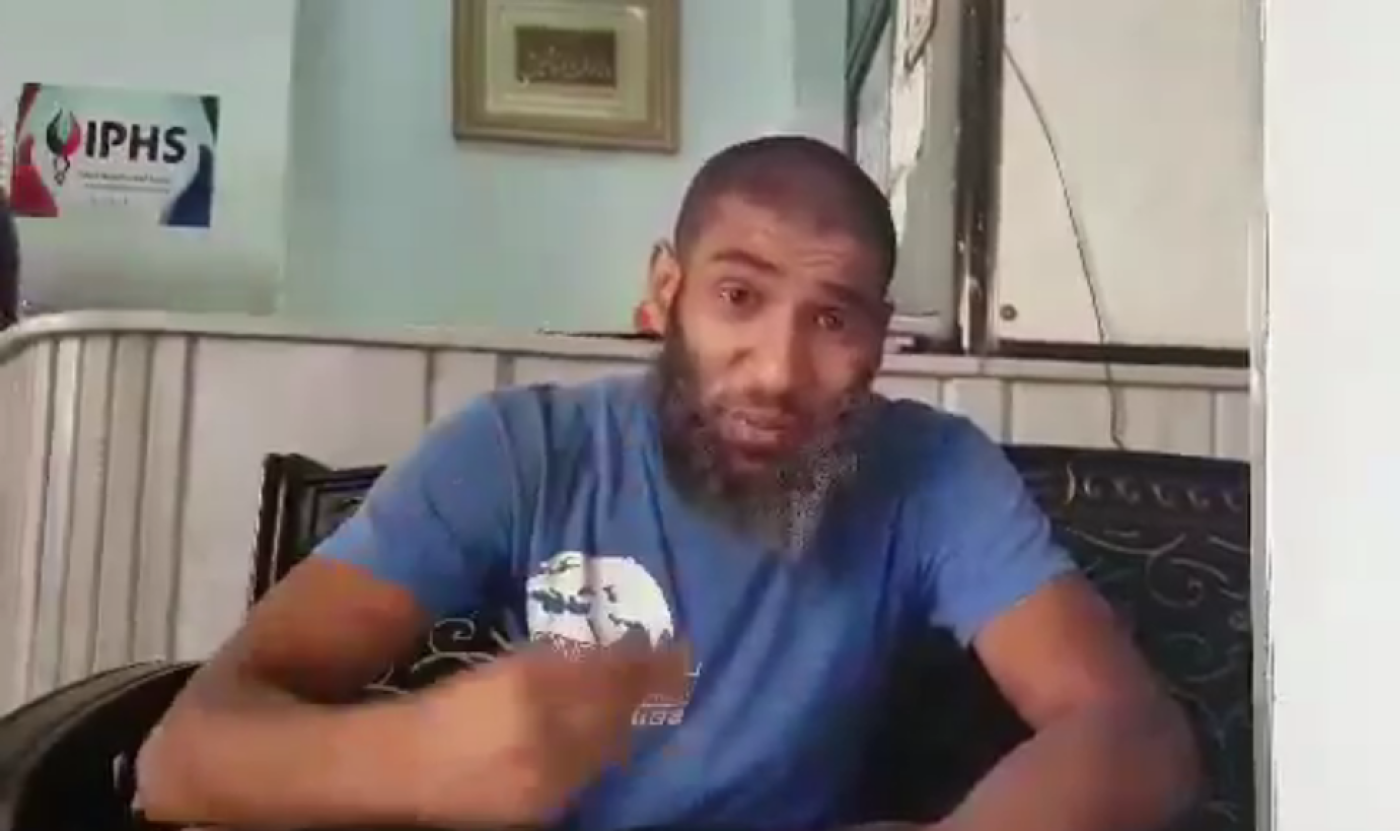 An British aid worker in Syria on Saturday issued an impassioned plea for help from the international community as he described how a hospital in besieged eastern Aleppo in which he said he had spent the night had been hit by multiple air strikes.

Tauqir Sharif, who has been based in rebel-controlled northern Syria since 2012 and runs the Live Updates from Syria aid operation, said that the hospital had been struck four times on Saturday morning.

In a video message recorded on a mobile phone and posted on Twitter, Sharif warned of a potential health crisis as a result of the strikes.

"We need the whole world to understand that we are in a hospital in Aleppo city - right now we are being hit, this is a civilian population,” he explained, adding that the strikes hit the generator and smashed all the windows:

"We feel like the world doesn’t even care anymore. The world just wants to see these people die."

As the video ends, he despaired of the lack of help from foreign powers.

"I feel like there’s not even a point of speaking to the camera anymore - just turn it off."

The video does not make clear which hospital it was filmed in, but Sharif and other volunteers with Live Updates from Syria have run several convoys of aid into eastern Aleppo in recent months, despite efforts by pro-government forces to cut off supply routes into rebel-held areas of the city.

Live Blog: The Battle for Aleppo

Attacks on hospitals by Syrian government and Russian planes have been commonplace throughout the civil war and have brought strong condemnation from the international community.

Aids groups have described July as one of the worst months for attacks on health facilities since the war began in 2011, with around 43 facilities either partially or totally destroyed.

On Friday, Russian air strikes hit a children's hospital in northern rural Aleppo, killing at least two members of staff and rendering it out of service.

According to the Syria Live Network, many patients and workers were left injured and buried in the rubble of the hospital in Kafr Hamra.

Constant bombardment of medical facilities and the continuing exodus of people from Syria has meant that there are few healthcare workers now left in the city, the country's second largest. 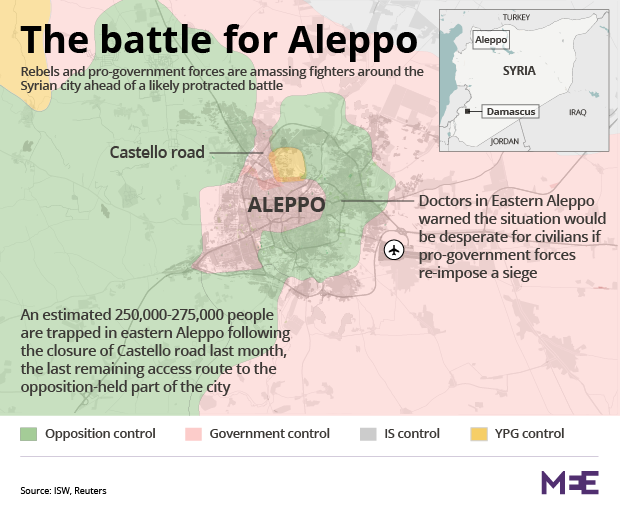 On Thursday, 15 of the last 35 doctors left in rebel-held eastern Aleppo wrote a letter to US President Barack Obama urging him to intervene to stop the bombardment of hospitals.

“We do not need tears or sympathy or even prayers: we desperately need a zone free from bombing over eastern Aleppo to stop the attacks, and international action to ensure Aleppo is never besieged again,” the doctors wrote.

Despite a promise on Wednesday by Russia of a three-hour daily break in fighting to allow humanitarian aid into the city, there has been little respite from the violence.

We can sense something big is about to happen.. Please keep all the injured & innocent in your prayers. Signing out