ALGIERS - Algeria has closed its embassy and its consulate in Tripoli because of a "real and imminent threat" to its diplomats, the foreign ministry announced on Friday.

The decision was taken in coordination with the Libyan authorities, after information was received "about the existence of a real and imminent threat targeting our diplomats and consular staff."

The ministry said the "temporary measure" was "dictated by the difficult security conditions" in Libya, while emphasising Algeria's support for the authorities in Tripoli and their "efforts to build the rule of law and establish peace and security throughout the country."

Earlier Friday, the private Algerian Echorouk TV channel reported that an attempt by Libyan militants to kidnap Algerian Ambassador in Tripoli Abdel-Hamid Bu Zahra had been thwarted on Friday.

According to the broadcaster, unidentified militants tried to abduct Bu Zahra outside his home in central Tripoli.

"The militants besieged the ambassador's residence and the adjacent embassy before security agencies intervened and helped the diplomats get to the airport, where they boarded a flight to Algiers," the broadcaster said, citing unnamed Libyan sources.

An Algerian security source, however, told Anadolu Agency that the diplomats had been flown home after Algerian security agencies received an intelligence tip-off about an imminent attack on its Tripoli embassy.

According to the source, who asked not to be named, the tip-off said that militants affiliated with Al-Qaeda planned to kidnap the ambassador in order to pressure Algiers to release Libyan "Jihadists" held by the Algerian authorities.

Libya has suffered a series of attacks on its leaders and foreign diplomats in the increasingly lawless North African country, three years after NATO-backed rebels ended Muammar Gaddafi's four-decade dictatorship.

The Jordanian ambassador Fawaz Aitan was seized in April by masked gunmen as he was being driven to work in Tripoli. They shot at his car and wounded his driver.

Aitan was freed and flown home on Tuesday in an exchange for a Libyan jihadist jailed in Jordan for plotting bomb attacks.

Kidnapping and violence in Libya

Libya's central government has struggled to assert its control over the vast, mostly desert country, which is awash with heavy weapons and effectively ruled by a patchwork of former rebel militias.

In March, the authorities acknowledged for the first time the existence of "terrorist groups", particularly in Benghazi, but also elsewhere in the east.

Algeria's decision to evacuate its embassy and consulate in Tripoli comes two years after four of its diplomats were taken hostage in Mali.

The Al-Qaeda-linked Movement for Oneness and Jihad in West Africa (MUJAO) seized seven Algerian diplomats on April 5, 2012 in Gao, northern Mali, as several armed groups descended on the region in the wake of a coup in the capital Bamako.

The kidnappers demanded 15 million euros for the release of the group and threatened to kill them if their demands were not met, but then freed three of the hostages several months later.

MUJAO later announced that it had killed one of the hostages, but the information has not been verified by Algeria.

The move to shut the embassy comes amidst an increasingly tense and violent atmosphere in Libya. On Friday at least 24 people were reported to have been killed as a result of fierce clashes which erupted in Libya's eastern city of Benghazi on Friday between rival militias. 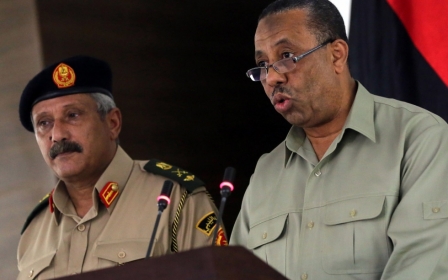