Ready or not, Algeria ranks number one for adventure travel destination

A group of experts have listed Algeria as their 2020 top pick for budding backpackers. But how ready is the country to accommodate tourists? 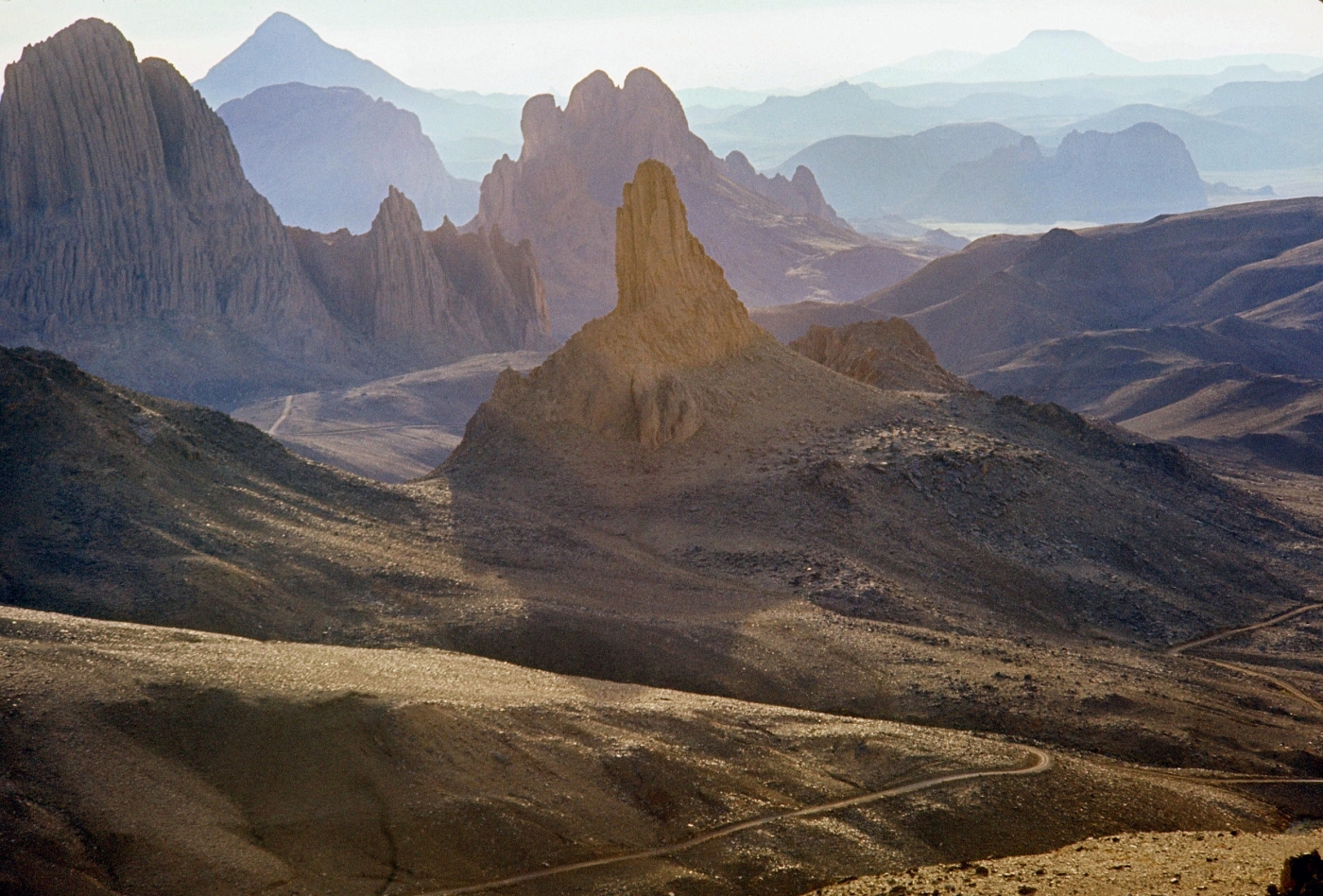 A team of tourism experts have ranked Algeria as the world’s best potential adventure travel destination for the next decade, but Algerians say the country is not ready to be a top tourist destination yet.

According to the British Backpacker Society (BBS), which promotes sustainable travel in countries with untapped tourism potential, Algeria’s small quota of foreign travellers and large swathes of nature makes it an ideal travel attraction compared to places that experience “over-tourism.”

"Lying just a short-haul flight away from the huge adventure travel communities living in Europe's capitals, Algeria's tourism industry is not only blessed by world-class desert scenery, delightfully hospitable people and spectacular ancient ruins, but it is also blessed by its geographical proximity to keen travellers," according to the organisation.

The feature in Lonely Planet, a travel platform with a multi-million following, may indeed introduce new audiences to Algeria and entice budding travellers to seek new adventures, but it has failed to provide a wider picture about the difficulties in visiting the North African country.

Closed off from foreign investments, Algeria’s tourism sector is close to non-existent. For years, there has been much discussion at the helm of Algeria’s Ministry of Tourism, reaffirming the desire to revive the sector and promote the country. However, little has been done, beyond words, to invest in it, with allocated budgets instead being reduced.

Despite the obvious potential, structural and procedural obstacles have prevented Algeria from successfully transforming itself into a popular tourist hub like its neighbours Tunisia and Morocco. And features in popular travel sites, however welcoming, are not a true reflection of the situation on the ground.

“This kind of things that makes me sad [sic], knowing that we live in a paradise but we're letting it burn," one Twitter user wrote.

Tourist visas, for example, are notoriously difficult to obtain. Some of the requirements include an "invitation" letter to visit the country from an agency or someone in Algeria which details a list of places that will be visited as well as dates and hotel bookings certified by local authorities, plus proof of flight bookings, employment and sufficient funds for the duration of the stay.

The cost of a 30-day visa can run up to $100 and can take two weeks to process - with rejections being commonplace.

Basic requirements like currency exchange shops or ATMs are limited in the country, which forces foreign visitors to resort to the black market. Signs and captions are often in Arabic and French, so solo travellers might find difficulty communicating, following directions or understanding the sites they visit.

Algeria boasts 1,600 kilometres of coastline, one-third of which is defined by beautiful sandy beaches. However, beyond the aesthetics, they are often poorly maintained and fraught with stories of preventable drownings.

According to Faten Aggad, a senior advisor on international negotiations, “the cost of hotels is exorbitant for the quality one gets. AirBnB provides some opportunities. But availability is too limited in most places. A big city like Algiers has on average 30 accommodations available.”

“Trains are unreliable. Buses or [shared] taxis are an option for backpackers, but most cover northern routes. Renting a car to move around is exorbitant, about $1,000 per a week,” Aggad told MEE.

As part of the feature, one of BBS’s founders, Adam Sloper, cites Constantine as one of the cities he enjoyed most, which will come as no surprise to many Algerians who know the city for its rich culture and history.

“Constantine has one of the most dramatic cityscapes on earth, and is likely to be an extremely popular destination for foreign travellers in the years to come," Sloper said.

It has also been one of the main cities that has seen weekly protests since February 2019, as part of the nationwide 11-month mobilisation against the system of governance in place since Algeria's independence from French rule in 1962.

British travel blogger Jason Billam’s visit to the city last year is more reflective on the type of experiences foreigners are likely to face whilst visiting, without prior knowledge of the do’s and don’ts.

Billam was detained for seven hours and suspected of being an undercover foreign journalist for mistakenly filming a police station. Coupled with the remnant anxieties from the civil war, often referred to as the Black Decade due to the senseless violence that defined that period, and the current protest movement, suspicion - particularly against what the government sees as the threat of foreign hands meddling in the country’s affairs - isn’t likely to wane.

The lack of knowledge on the popular mobilisation and the escalating situation in neighbouring Libya can be seen as part and parcel of the widespread ignorance surrounding the nature of the country, which, although safe, is undergoing major domestic changes.

Those getting their information from the UK’s Foreign and Commonwealth Office (FCO) will be made privy to the information which advises British citizens to avoid travelling to areas within 30km of the borders with Libya, Mauritania, Mali, Niger and Tunisia. Even though there hasn’t been a major terrorist attack in the country since 2013, the FCO also warns foreigners to remain vigilant against potential kidnappings.

“Algeria is unspoiled and so a tourist is certain to experience the country as it is. But Algeria is not necessarily a destination for backpackers. It is not an easy country to travel across,” Aggad said.

The BBS’s recommendation of Algeria certainly isn’t isolated. Earlier this month, William Dalrymple wrote on the “treasures of Algeria” for the Financial Times where he encourages visitors to travel the country before the descent of the first tour groups.

William Dalrymple on the treasures of Algeria | Financial Times ⁦@DalrympleWill⁩ thank you for this great article but please do not make too much noise around Algeria. mass tourism is not for us. https://t.co/hfeDH6FNZi

Whilst many Algerians agree that promotion of its stunning landscapes and rich culture is long overdue, the country's situation for its residents is far from perfect, and government expenditure is not likely to prioritise the tourism sector anytime soon. Hospitals in Algeria are in dire need of funding, and infrastructure around the country is in poor condition. On top of all this, there is an ongoing housing crisis.

“Backpackers, certainly in limited numbers, are not the segment that will boost revenue from tourism. Perhaps what is first needed is for Algeria to determine what its tourism assets are and what type of tourism it wants,” Aggad explained.

Last year, BBS featured as its top suggestion for a thrilling travel adventure, the Danakil Depression in Ethiopia - a country which Algeria could learn a few tips from. Ethiopia allows tourists to receive visas on arrival and offers the option for those transferring via Addis Ababa to extend their transit for up to three days with no additional costs. This has caused its tourism sector to grow substantially.

With a flagrant economy threatening to crash and hard-hitting austerity measures on the horizon, upgrading the sector as a cost-effective way in diversifying the economy - which is dependent on its depleting reserves and its natural gas and oil - is necessary. But in order to adequately accommodate travellers, priority must be given to fixing the country for its citizens first.