Country's forest fires are now a common occurrence, bringing anger at the government's handling of the annual hazard 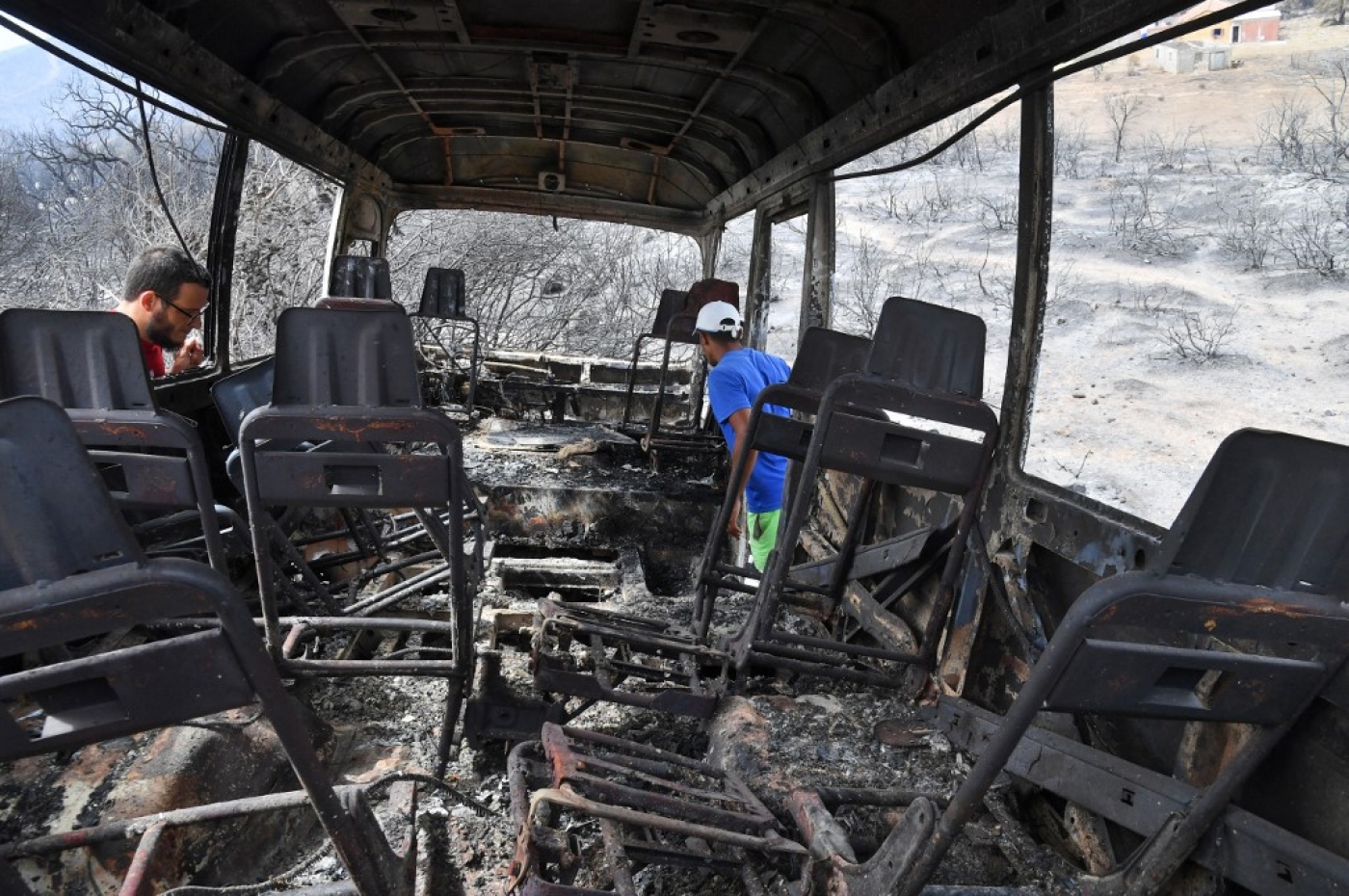 Devastating forest fires in Algeria have left at least 38 people dead, tens more injured and hundreds of people being evacuated from their homes since Wednesday, according to local media.

The forest fires come on the back of a record summer heatwave in Mediterranean countries that have had to contend with the fallout from the climate crisis.

Algeria ​​is wrestling with at least 39 fires affecting 14 provinces, with El Tarf province, bordering Tunisia, the worst hit and where the latest fires have left the most casualties.

"It's very tragic. But, unfortunately, it's the second year we are witnessing this extent of wildfires," Abdelmadjid Bouguedra, a lecturer at the University of Oran 2, told Middle East Eye.

In 2021, fires raged in the northeast of Algeria, leaving around 90 people dead, including 33 soldiers who were deployed as firefighters, resulting in widespread anger in the country.

Last year's blazes resulted in more than 100,000 hectares of woodland burnt in a country where only one percent of the land is covered by forests.

"The northern, eastern part of Algeria has more forests and is greener, which is also why it's more at risk," said Bouguedra. "Some people are a bit angry that the state has not prepared properly for such a catastrophe after what happened last year."

The speed and intensity of the fires have left the government ill-prepared to meet the challenge.

"People here are in shock because of this tragedy," said Bouguedra adding that "some entire families have died in these fires. A man with his wife and kids passed away in these fires."

While the government seeks to tackle the fires, citizens across the country have sought to support those impacted, said Bouguedra.

The government is also facing some tough questions and growing anger about what lessons it learned from last year's fires.

"Many people thought we would be getting a Canadair CL-515," said Bouguedram referring to a firefighting aircraft. "We can't get the order as quickly maybe, it can take time, but the most important thing is people feel the government didn't prepare properly."

Morocco this year has increased its firefighting capabilities with the reception of three new Canadair water bombers, bringing  its total fire extinguishing aircraft to eight, while Algeria has yet to procure one, according to North Africa Post.

Around 90 percent of the country's population of almost 45 million people live in the northern coastal area, where many of the fires are now raging.

"So far, the government is deploying civilian and military equipment, mainly civil protection and military helicopters, but that's not enough," said Zine Ghebouli, a postgraduate scholar at the University of Glasgow who is an analyst on Algeria and the wider Middle East.

"Algeria needs fire-fighting aircraft, which it doesn't have, and the only one that Algeria borrowed from Russia this year is under maintenance,"  Ghebouli told MEE.

The Algerian government's white paper on the impact of climate change on the country says that over the past decade, it has recorded around 3,000 fires, resulting in around 74,000 hectares of forest per year being burnt, with economic losses to the country reaching about $15m annually.

"Yes, Algeria is struggling with climate change like other countries, but there has not been enough prevention and logistical preparation from authorities," said Ghebouli.

According to a study, Algeria's geography also makes it particularly vulnerable to climate change in the coming decades.

"The government disregarded several indicators over the past years that encouraged a national prevention policy against wildfires. Experts also raised the issue with policymakers on several occasions, but things never changed. Algeria still uses an environmentally hostile fuel and lacks adequate infrastructure and equipment to face such natural disasters," said Ghebouli.

"Instead of getting specialized fire-fighting jets, authorities imported dozens of helicopters that are not made for such issues. And as per reports, the whole process was a corrupt one," said Ghebouli.

Studies have also shown that many fires in the country are also the result of human activity, with the government encouraged to increase education amongst citizens regarding the use of fire as a waste management tool.

Algeria
Algeria: The Trans-Saharan pipeline, a Nigerian alternative to Russian gas?
Algeria
How the Algerian diaspora in France is trying to help wildfire victims
Algeria
Algeria: Primary schools to teach English in 'overdue' move away from 'colonial' French 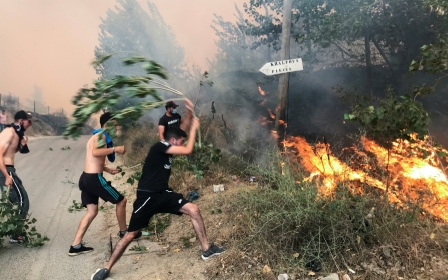 Climate crisis
The impact of climate change on the MENA region