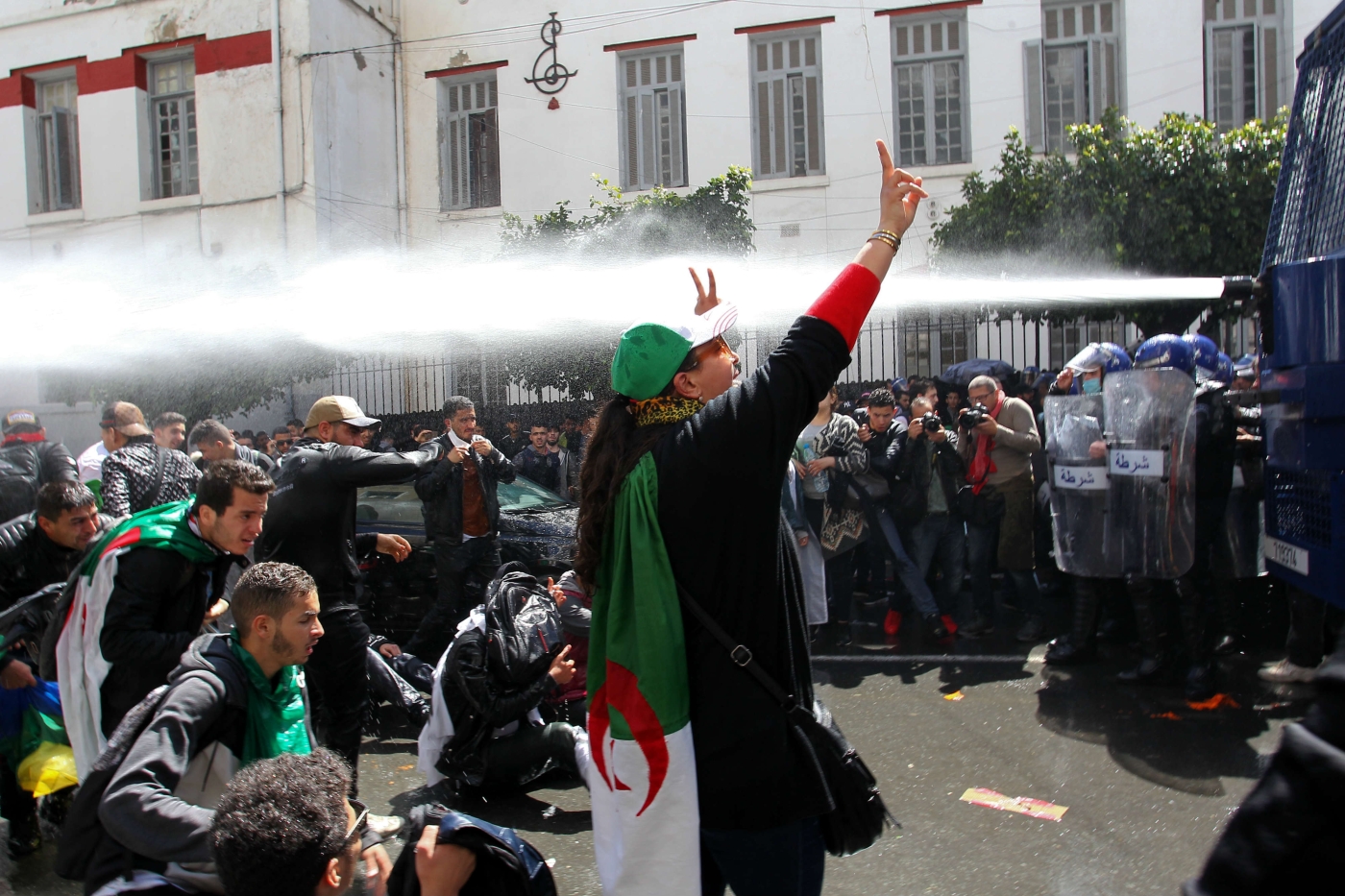 Algerian police have fired tear gas at thousands of students protesting in the capital on Tuesday against the upper house speaker Abdelkader Bensalah being appointed interim president by parliament.

It was the first time in seven weeks that authorities have taken such a measure to try to disperse student demonstrators, who have continued to rally against the political elite since ailing leader Abdelaziz Bouteflika resigned a week ago.

Tuesday's appointment of Bensalah accords with the country's constitution but many people oppose him because he is part of a ruling caste that has dominated Algeria since independence from France in 1962. The constitution stipulates that the speaker, currently 76-year-old Bensalah, should temporarily take the presidential reins for a period of 90 days in order to lead a political transition through presidential elections.

Bensalah is one of the founders of the Democratic National Rally (DNR) with ex-prime minister Ahmed Ouyahia.

But despite his membership of the DNR, Bensalah is still regarded as a Bouteflika loyalist.

Prior to Bouteflika’s resignation, sources told Middle East Eye that his allegiance to the president, as well as his own fragile health, may lead him to be quickly cast aside in the brewing transition process.

The choice of Bensalah angered many as protests grew in central Algiers on Tuesday, the Reuters news agency reported.

"Appointing Bensalah will fuel anger and it could radicalise the protesters," said taxi driver Hassen Rahmine.

The big question is how Algeria's powerful military - long seen as a highly effective backstage player in politics - will react to Bensalah's appointment and any opposition that arises.

"I thank the army and all security services for their work," Bensalah said

Salah has expressed support for protesters, who want to remove all remnants of a system that has catered to governing party figures, the army, big businessmen and union leaders who helped Bouteflika stay in power for 20 years.

Banners in the capital read: "You go means you go" and "For dignity and freedom".

On stepping down, Bouteflika promised that elections would be held after 90 days as part of a transition he said would usher in a new era.

According to the Algerian constitution, Bensalah will remain interim president until new elections are held.

"We must work to allow the Algerian people to elect their president as soon as possible," Bensalah told parliament.

Opponents of the old government have called for a massive turnout, targeting a triumvirate they dub the "3B" - Bensalah, Interior Minister Tayeb Belaiz and Prime Minister Noureddine Bedoui.

Media
Arabic press review: Algeria makes international complaints over Morocco incident
Algeria
Algeria to halt gas exports to Spain via Morocco
Algeria
Who are the Harkis? The Algerians who fought against independence 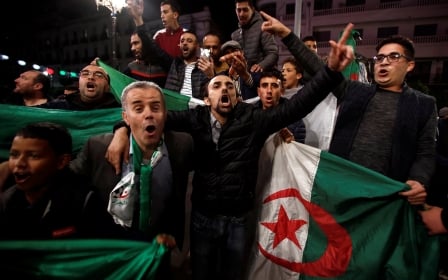