Ali Abdullah Saleh, Yemen's survivor ended by his own double-dealing

He danced with death for four decades, but it was the double-crossing of the Houthis that proved a step too far for Yemen's ex-president 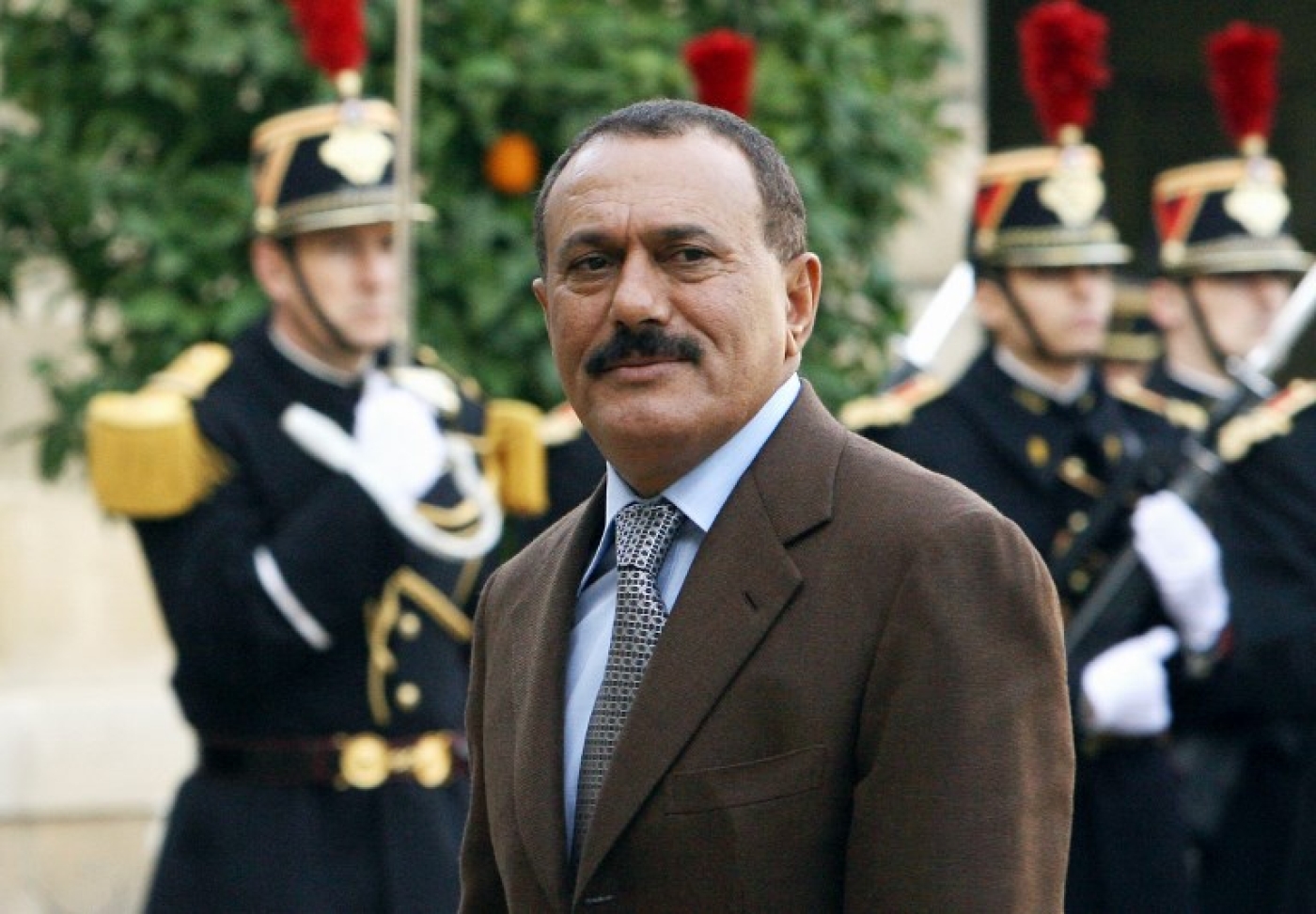 Ali Abdullah Saleh spent almost 40 years on top in a country either on the brink or at war with itself, surviving assassination attempts, six wars with the Houthis, wars with southern secessionists and a humiliating ejection in the so-called "Arab Spring".

Ruling Yemen, he said, was like "dancing with snakes" - the secrets to such longevity were constant political twists and turns, and the knack to know when to double-cross.

But the snakes finally bit on Monday, when the Houthis, his latest enemy-turned-ally-turned-enemy, ambushed him, shot him dead, and paraded his body for the world to see.

It brought to a conclusion the life of a man that to the very end, seemed hell-bent on clinging to power at all costs.

Himself a graduate of political coups, Saleh spent his decades in power navigating rebellions from every angle, but was widely seen as the only man capable of maintaining a precarious balance of power. However Saleh’s last-minute defection to Saudi Arabia on Saturday was to be a volte-face too far.

One of the Middle East’s so-called “strongmen”, Saleh had governed Yemen since its reunification in 1990, after 12 years ruling the north Yemen Arab Republic.

A Zaidi Shia, a branch of Islam adhered to by around a third of the country's population, Saleh was born in 1942, in Bayt al-Ahmar, in Sanaa province. His family came from the Hashid tribe, the largest in Yemen.

Saleh joined north Yemen’s army at 16 in 1958 and within four years fought in support of an army-led coup of 1962 which replaced the Zaidi imamate with a Nasserist-inspired Arab republic.

He rose quickly through the ranks and within 15 years, at the age of 36, was elected president of the Yemen Arab Republic after predecessor Ahmad al-Ghashmi was assassinated by an exploding briefcase.

Ghashmi’s predecessor was himself assassinated eight months before that, and Saleh soon came to represent a newfound stability amidst a chaotic political scene.

In 1990, Saleh oversaw the unification with Yemen’s communist south, and was named president of the newly united country, and quickly quashed a southern secessionist bid in 1994.

Beside from southern flare-ups, as leader of Yemen for 33 years, Saleh also had to contend with sporadic northern rebellions, led by members of his own Zaidi community, and a growing al-Qaeda insurgency.

But this “master tactician” ruled at a price, and had, since his ascendancy to power, kept his friends and relatives close, appointing his son Ahmad as Commander of the Republican Guard in 2000 and amassing a personal fortune, according to the UN, estimated at between $32bn and $60bn.

Under a law introduced in 1995, Saleh soon began distributing formerly public lands to allies and friends, according to documents seen by a UN panel, “to strengthen his alliances in the south and considerably multiply the wealth of his family.”

His billions in assets, “are said to take the form of property, cash, shares, gold and other valuable commodities,” the UN said in 2015, and are thought to be located across 20 different countries, hidden under false names or being held by others.

Unashamedly proud of his ability to maintain relative stability across his realm, and in a now emblematic quote, in a 2008 New York Times interview he compared ruling Yemen to “like dancing with snakes.”

But asides from his often quirky persona – the Guardian noted in 2010 that “in contrast with the sober image cultivated by his counterparts in other Gulf states, he is pictured on his own website in full flow on a tenpin bowling lane, scuba-diving and smiling while wearing a cowboy hat – Saleh was an autocratic ruler.

His cousin Mohammed al-Qadhi, according to a Wikileaks cable published in 2009, said that “since 1994, he decided that he was the only man capable of making decisions in this country”.

“I have tried to tell him that Yemen has serious problems, but he gets angry and shuts me out... He doesn’t listen to anyone.

“Saleh was a giant - beloved and reviled by many across Yemen,” says Jeb Boone, a former Yemen-based journalist.

Saleh was a giant - beloved and reviled by many across Yemen

“Depending on who you asked, his rule was marked by brutal political repression or visionary leadership.”

By 2011, protests against his rule broke out across the country, inspired by revolutionary fervour gripping Tunisia and Egypt.

Dithering in his commitment over an initial promise to step down, Saleh was badly injured in the bombing of the presidential palace in June of that year, and he immediately sought medical treatment in Saudi Arabia, and later the US.

Out of the spotlight?

But for a man with an ego which once saw him pose for a campaign poster astride a white horse, bedecked in a Yemeni flag, and who spoke about himself in the third person in interviews, it soon became clear that Saleh missed life in the spotlight.

"From Saleh's perspective, he could never accept that he was taken out of power," Alma Abdul Hadi Jadallah, former regional expert on the UN Panel of Experts on Yemen, told PRI in 2015.

"He also looked around with the Arab Spring and saw that other presidents have not given up their seat in spite of local discontent. So he felt shortchanged by the 2011 agreement, even though he had negotiated immunity for himself."

In the few years he was out of power, Saleh was, ostensibly, penning his memoirs in his compound in Sanaa.

But behind the scenes he was meeting with various former enemies, from members of AQAP, al-Qaeda’s Yemeni branch, to the Houthis, according to the UN, as well as foreign dignitaries.

By 2014, Saleh appeared to find hope of a political comeback in this latter grouping, and soon the strange bedfellows were to retake the capital, Sanaa.

Under house arrest by the Houthis, Hadi escaped to his hometown of Aden in January 2015, where he rescinded his own resignation, and fled to Saudi Arabia in search of support.

This soon came by way of Operation Decisive Storm, launched in March of that year, in support of Hadi’s UN-recognised government.

Some 10,000 people have now lost their lives as a result of that war, with a cholera outbreak now the worst in recorded history killing thousands more.

In recent months, an ever-shaky coalition between the Houthis and Saleh appeared to be fracturing at the seams – as has the anti-Houthi coalition itself.

By the 35th anniversary of Saleh’s party, the General People’s Congress, in August, this febrile atmosphere was threatening to open up a new front in the war. Posters of Saleh were being torn down by Houthi supporters in Sanaa, amid rumours of clashes between the two sides.

Over the last week, the tension had turned into all-out fighting, with over 125 people killed.

Reneging once more on his latest allies, Saleh on Sunday formally denounced his partnership with former foe, the Houthis.

Immediately embraced as a victory by Saudi Arabia, the coalition took Saleh’s abandonment of the Houthis as an opportunity to renew a push for the capital, launching air strikes. Saleh was no longer a “deposed president”, according to Saudi media, but a “former” one.

For all his unpredictability, the Saudis were much happier to have the devil they knew back in power in Yemen

But it was to be Saleh’s last u-turn. Fleeing to his hometown of Sanhan on Monday, after the Houthis destroyed his Sanaa residence, Saleh was killed, his dead body dragged in a garish blanket of orange and lime green – footage likely to join the public consciousness alongside the final moments of Libyan leader Muammar Gaddafi and Saddam Hussein’s spider hole discovery.

Adam Baron, a Yemen expert at the European Council on Foreign Relations, says he is at a loss for words.

“What a way to go. You get this reputation for being a meaty, masterful manipulator of the Middle East, and suddenly you’re lying on the ground with a head wound in the middle of Yemen.”

“Anyone who says they know what is coming next, is lying,” he cautions. “But it’s hard to see there not being more conflict.”

“With Saleh's death, the Houthis have tightened their political grasp over northern Yemen, much to the chagrin of the Saudis,” Boone says.

“For all his unpredictability, the Saudis were much happier to have the devil they knew back in power in Yemen.

“The Saudi response to Saleh's death, with the support of the US and GCC partners, will involve more wanton destruction, famine and pestilence inflicted on the people of Yemen.” 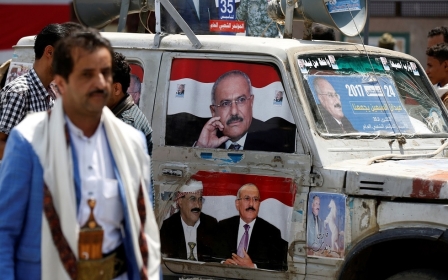 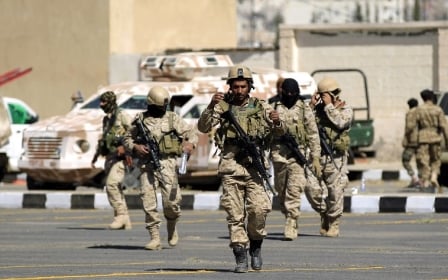 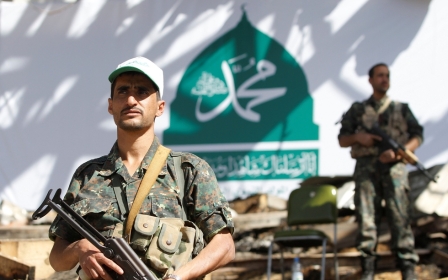