'Help me get my mother back': American teacher detained in Egypt over Facebook posts

Family members and activists are calling for release of Reem Desouky, who was arrested in Cairo last month 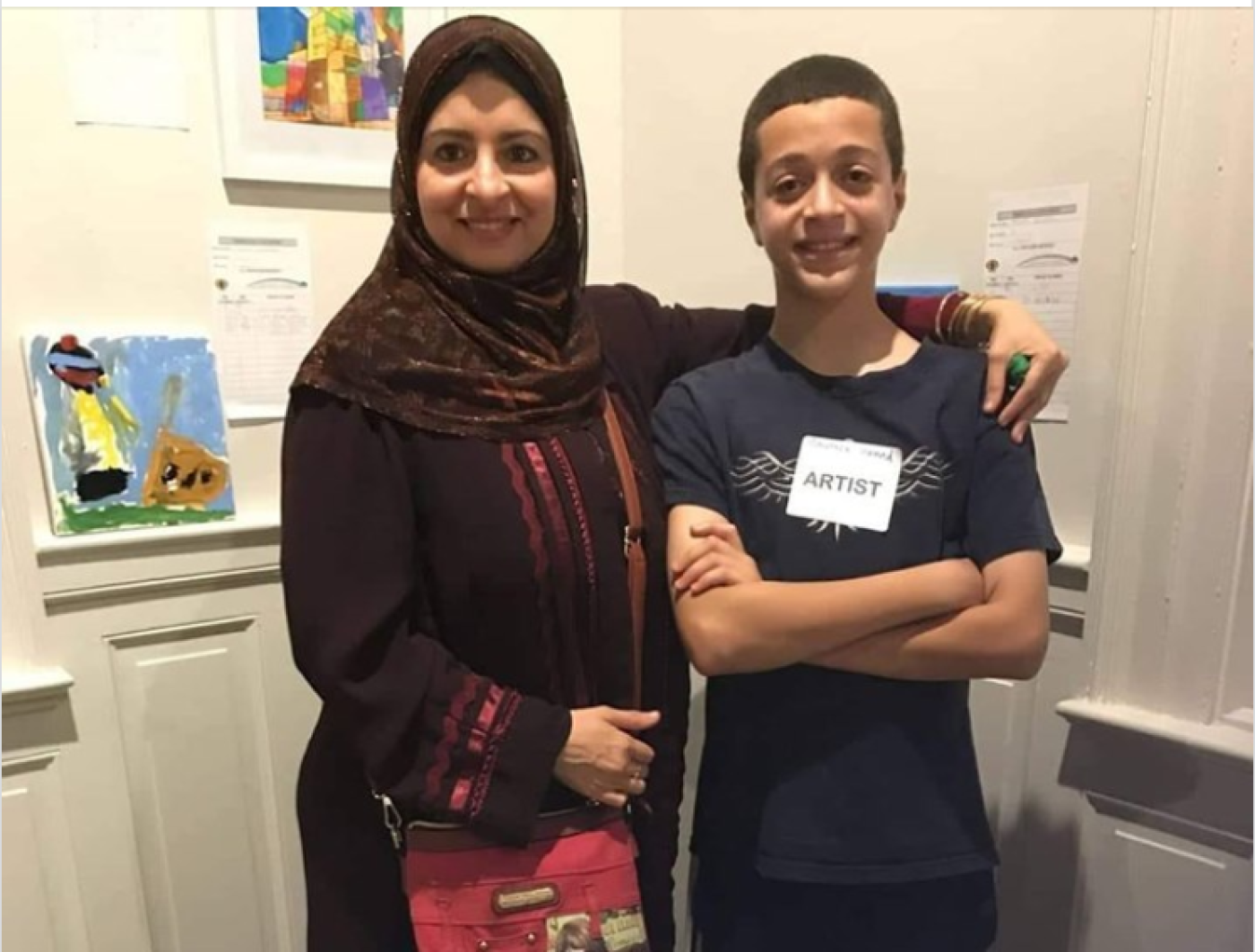 Desouky was detained on 7 July (Social media)
By
MEE staff

Activists are calling for the release of a US citizen who was arrested in Cairo last month over Facebook posts critical of the Egyptian government.

Reem Desouky, an Egyptian-American teacher who lives in Pennsylvania, was detained at Cairo International Airport after she landed there on 7 July with her 13-year-old son.

Hi ⁦@SecPompeo⁩ - will you also seek release of an American teacher, Reem Mohamed Desouky, whom #Egypt has arrested during her visit there saying she criticized the government on Facebook? https://t.co/kIdxCcUjZD

Dozens of activists echoed that call earlier this month, using the hashtag #FreeReem in Arabic on social media to draw attention to her case.

Desouky's son, Moustafa Hamed, said the Egyptian authorities confiscated his and his mother's phones during their interrogation at the airport in Cairo.

He said he was released 11 hours later, but his mother was held.

"I just want my mother back. She didn't do anything wrong," Hamed told the Washington Post in an interview published on Thursday.

The US newspaper confirmed that Desouky was detained in relation to Facebook posts criticising the government of Egyptian President Abdel Fattah el-Sisi.

Hamed is staying with relatives in Egypt while his mother remains in jail.

"My mom is an arts teacher and a translator. She's a single mother raising me on her own," he said in a video posted on Twitter earlier this month.

'I told my mom I'd wait for her, and I don't want to leave back home for school unless she was with me. Please help me get my mother back'

"She loves both Egypt and the USA. We were excited to come to Egypt, so we can spend time with our family during the summer break. When we arrived, we were arrested. It was a horrifying experience for me."

In the video, Hamed said he will continue to wait for his mom to be freed, at the risk of missing the beginning of the school year in the US.

"I told my mom I'd wait for her, and I don't want to leave back home for school unless she was with me," he said. "Please help me get my mother back ... please."

"I'm very worried because so many people get caught in situations like this [in Egypt] and spend half of their lives until they get released," Radwa Matar, one of Desouky's friends, told the newspaper at the time.

"We need to do everything in our hands to help her." 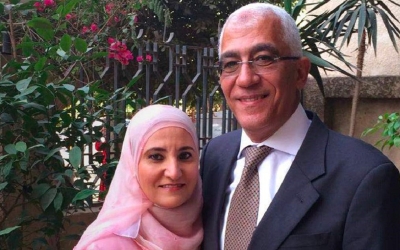 Mohammad Soltan, a former political prisoner in Egypt who started the US-based Freedom Initiative advocacy group after his release, told the Post on Thursday that Desouky's case exemplifies the ongoing human rights crackdown in Egypt.

"Her arrest is emblematic of the levels of repression Egypt has reached under Sisi," he said.

Human rights groups estimate that Sisi's government has jailed as many as 60,000 dissidents since a 2013 coup against Egypt's first democratically elected president, Mohamed Morsi.

In an email to MEE this week, the US State Department said it was aware of reports about Desouky's detention, but did not provide additional information for privacy reasons.

"As always, when we learn of the report of a detained US citizen, we request immediate consular access from the Egyptian authorities," a department spokesperson said.

When contacted by MEE, the office of Republican Congressman Lloyd Smucker, who represents the Pennsylvania town where Desouky resided, also declined to comment on the case, citing privacy concerns.

Desouky is one of six dual nationals arrested in Egypt in recent months, Human Rights Watch said in a report released on Friday.

The rights group called for an independent investigation into the detention of US citizen Khaled Hassan, a limousine driver who lived in New York.

Hassan was arrested by the Egyptian authorities in January 2018 and tried to kill himself in an Egyptian jail in July, HRW said.

In an earlier report, HRW said Hassan was beaten, tortured and raped in detention. The Egyptian government denied the allegations at the time.

"Egyptian authorities have sadly earned their miserable reputation for mistreating prisoners, including denying them safe and sanitary prison conditions."