ANALYSIS: This is just the start of the Saudi crackdown's financial ripple effect

After sweeping arrests, investments inside - and outside - the kingdom are in question. Will the events draw investors - or scare them away? 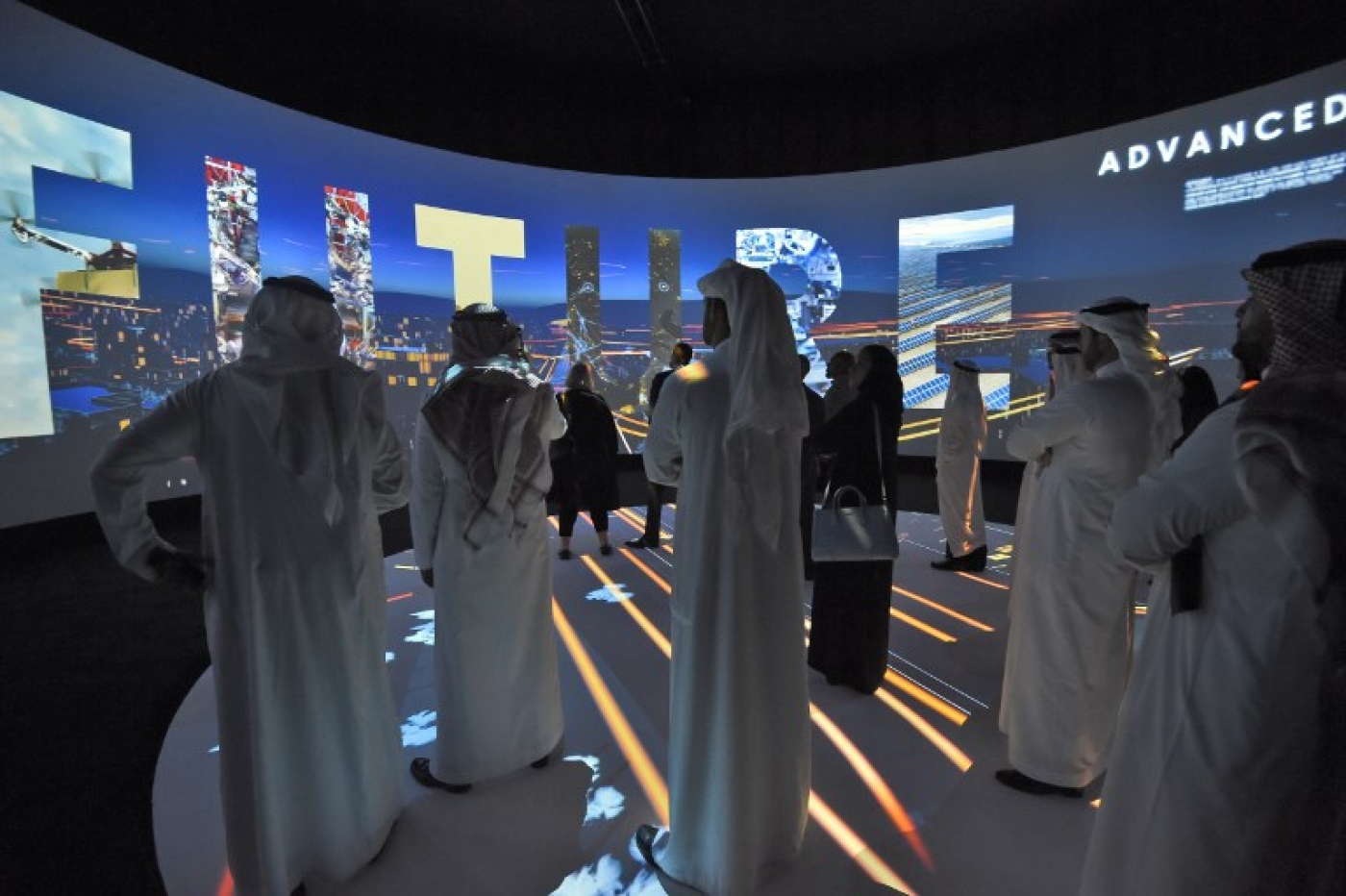 Less than a week old, Saudi Arabia’s anti-corruption drive has snared dozens of princes, including three of the country’s wealthiest people.

The arrests are being portrayed as a clean up of the kingdom’s investment environment to realise economic reforms. Even those fiercely critical of the way it’s been conducted acknowledge the need for a system overhaul.

The sweep is also clearly a move by Crown Prince Mohammed bin Salman to consolidate power, leaving some skeptical that corruption is the sole motivator – if at all.

Much of it was to tell the Al Saud family to stay out of government-related business which, in itself, is a very good thing

- Steffen Hertog, associate professor at the London School of Economics

Yet for investors trying to read the signs from the outside, whatever the machinations and motivations behind the arrests, it brings reforms that have been needed for ages.

“Clearly, the clamp down on corruption is a good thing as the Saudi economy has been hindered by corruption for many decades,” said Jason Tuvey, a Middle East economist at London-based Capital Economics.

“For one, small firms have struggled to compete with large firms that previously had a close relationship with the royal family, but also individuals and businesses had to rely on an army of brokers to cut through bureaucracy.”

Still the detention of 11 princes, four ministers and dozens of others on Saturday, including Prince Alwaleed bin Talal, may have a chilling effect on investment – both inside and outside the kingdom - in the near term until there is more clarity over whether the drag net will widen.

After all, just days after it served as the site of the kingdom’s "Davos in the Desert", a foreign investment conference, the six-year-old Ritz Carlton essentially became a prison, an overnight conversion that has to have rattled onlooking investors.

Likewise, from Twitter to Citigroup to Apple, many of those thought to be detained inside the hotel hold significant stakes in multinational corporations. Questions have even been raised about whether London’s Savoy Hotel, owned by bin Talal, could become Saudi government property.

While the ramifications have not yet been significant and have yet to fully unfold, one clear epicentre is Lebanon, which is on edge after Prime Minister Saad Hariri’s resignation from Riyadh on the same day as the arrests, and given the close economic ties between the two countries.

Many fingers, many pies

Saudi Arabia is desperate to attract investment to diversify its economy away from oil. Vision 2030, the reform programme announced by MbS in June 2016, aims to create 450,000 jobs in the non-governmental sector by 2020, and bolster the private sector’s share of GDP to 60 percent from 40 percent in 2014.

The latest sweep of arrests, in addition to solidifying MBS’s control over the kingdom, is also a warning to get in line with the reforms, say observers.

“Much of it was to tell the Al Saud family to stay out of government-related business which, in itself, is a very good thing,” said Steffen Hertog, Associate Professor in Comparative Politics at the London School of Economics. “We’ll see how much collateral damage there is in terms of capital flight and business confidence.”

So far, although detainees have lost their wealth as shares in their companies have dropped, there has not been a negative impact on the Saudi economy. While the crackdown froze the detainees’ banks accounts, putting $33bn of personal wealth at risk, according to Bloomberg figures, company accountants have not been frozen.

However, the full extent of these princes’ investments in the Saudi economy is unknown. “I’m sure they have fingers in many pies,” said Tuvey.

To maintain investor confidence, Riyadh will have to quickly demonstrate that the arrests will not result in show trials, and is purely about removing the old order that had monopolised the economy.

On this front, the kingdom may take lessons from other GCC countries, including the UAE, which have started their own anti-corruption campaigns, said Theodore Karasik, a senior advisor to Gulf State Analytics, a Washington DC-based consultancy.

“Now it’s Saudi’s turn. It is meant to send a message to everyone in the kingdom and the region that the new Saudi is anti-corruption and graft, and is seeking to open up to investors in a new and transparent environment,” Karasik said.

The Saudis, however, have already taken a different tack: the Emirati campaign was carried out less publicly and over a period of time, not a sudden announcement that rounded up the big shots in a five-star hotel.

And it’s the speed and breadth of the clampdown that may deal a short-term blow to the economy as investors are warded off sinking money in an already muted investor climate.

“The last thing they need is political upheaval as they’ve been trying to court foreign investors as part of Vision 2030, but given uncertainty, and reliance on partnerships with those detained, it will probably hold that back as well.”

Given the uncertainty surrounding the scale of the anti-corruption probes, international investors may be wary that they, too, will become snared in the sweep. Allegations of bribery to secure contracts in the kingdom go back decades, including British Aerospace (BAE), which was investigated by the UK’s Serious Fraud Office in the 2000s.

But it seems that MbS does not want to go that far.

“The focus is not on bribes paid by international corporations to Saudi ministers or businessmen. I think MbS would be reluctant to snare big international firms in the public domain,” said Tuvey.

“It’s too early to tell, but as going after many more non-royal businesspeople would be very costly economically, I’d guess that the main future targets, if any, will be other princes and officials,” said Hertog.

Karasik however said he had heard more people will be rounded up for alleged corruption over the next fortnight.

Some of the arrests took analysts by surprise, especially those related to media companies, which have traditionally backed the Saudi royal family, like Alwaleed al-Ibrahim, owner of the MBC television network, which owns Al Arabiya TV, and bin Talal, who has an 80 percent stake in Rotana.

The clampdown on individuals with construction firms, however, was much less shocking. “Construction companies were inevitable, as in the past have been brought up for claims of over-inflated contracts,” said Tuvey.

The biggest firm caught up in the campaign belongs to Bakr bin Laden, chairman of the Saudi Binladin Construction Group, one of the key developers of the holy city of Mecca.

But what is notable is that the firm was already in bad economic shape, having lost billions of dollars after not being granted government contracts following a crane crash that killed 107 people in 2015. The company laid off 77,000 foreign workers in 2016.

The other firm is Saudi Oger, which was established by Lebanon’s Hariri family and went bust in July. One of the arrested princes, Prince Abdulaziz bin Fahd, held a large informal share in the company, according to Hertog. “Saudi Oger was involved in questionable projects under (kings) Fahd and Abdullah,” he said.

Ironically, it was Saudi Oger that built the Ritz-Carlton Hotel where the princes are currently detained.

With Hariri’s resignation hours before the arrests, there has been a great deal of speculation as to whether there is a connection between the resignation and the probes. “It is hard to know what is going on, but there are rumours that Hariri is caught up in this corruption clampdown,” said Tuvey.

On Thursday, a top Lebanese government official told Reuters that many in government believe that the kingdom is holding Hariri against his will.

“Keeping Hariri with restricted freedom in Riyadh is an attack on Lebanese sovereignty. Our dignity is his dignity. We will work with (foreign) states to return him to Beirut," he was quoted as saying.

There is further speculation as to whether the clampdown was coordinated between Riyadh and Washington, with Jared Kushner, President Donald Trump’s son-in-law, having made an unannounced visit to the kingdom in October to meet with MbS.

Curiously, there are also allegations that some of those arrested, such as bin Talal, were connected to US lobby firm the Podesta Group, whose founder, John Podesta, is the former campaign manager of Hillary Clinton.

Bin Talal, who was pro-Clinton, famously made his opposition to Trump’s presidency public on Twitter during the 2016 campaign.

“You are a disgrace not only to the GOP, but to all America,” he tweeted at Trump. “Withdraw from the US presidential race as you will never win.”

According to Karasik, the arrests are also connected to the “mixing of moneys between Lebanese and Saudi banks subject to baksheesh (bribes). This is why Hariri resigned, and he’s now helping the Saudis with uncoupling the Lebanese-Saudi banking system to create a new culture around it to go after Hezbollah.”

Saudi Arabia is part of the Anti-Terror Quartet (ATQ), which includes the UAE, Bahrain and Egypt. The ATQ has blockaded Qatar for six months over Doha’s alleged funding of terrorism, and is staunchly opposed to Iran and its proxies like Lebanon-based Hezbollah.

If even a few billion dollars in deposits were withdrawn, it would affect the economy

- Senior manager at a Lebanese bank

Lebanon’s financial sector is under pressure following the US’ Hezbollah International Finance Prevention Act (HIFPA) of December 2015, with the US considering further additions to the act.

If the Saudi probe widens, the risk is that Lebanese banks and construction firms become embroiled. Earlier this week, Saudi Arabia accused Lebanon of declaring war on the kingdom because of Hezbollah’s aggression. If Riyadh follows through with this line, Saudi and other Gulf actors may withdraw money from Lebanese banks.

“If even a few billion dollars in deposits were withdrawn, it would affect the economy,” said a senior manager at a Lebanese bank that wanted anonymity. “The bigger threat is if the Saudis kick out Lebanese working there, as the Emiratis have done. It would be a major disaster, as a lot of remittances come from the Gulf.”

Remittances from the Gulf account for around two-thirds of all inbound payments to Lebanon, according to the Union of Arab Banks, equivalent to nearly 15 percent of Lebanon’s GDP.

“There is a major risk for Lebanon, and we have highlighted the threat that the Gulf could impose sanctions on Lebanon. Lebanon is heavily reliant on deposit flows into its banking system,” said Tuvey. 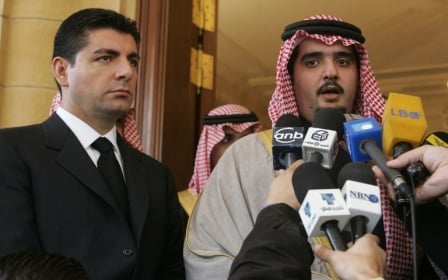 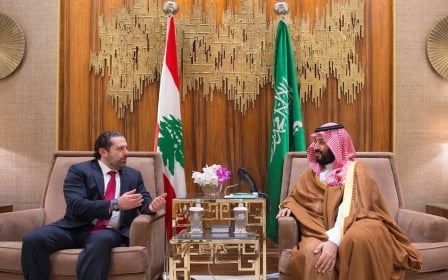