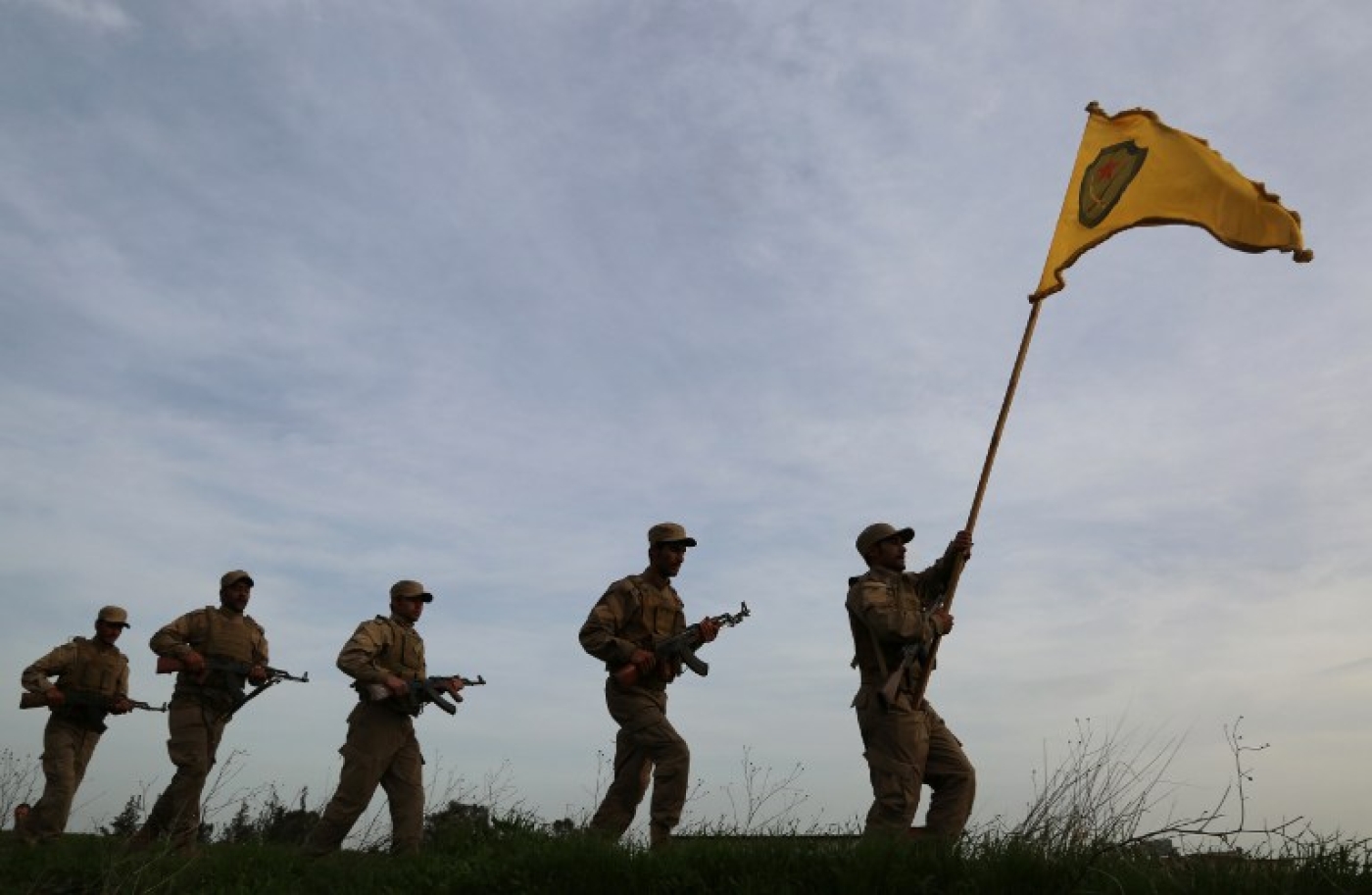 Although the announcement of a fragile ceasefire on 30 December brought some respite to the majority of people across Syria, the tides have been turning in a different direction for some groups in the war-torn country.

The truce, backed by Turkey and Russia acting as guarantors, involves the return of the warring sides to negotiations in Astana, after nearly six years of fighting and before the revival of the Geneva peace process on 8 February.

The ceasefire also involves a deal that was struck between Russia and Turkey, and a tightening of ties that has meant that rebel groups have lost out on support from Ankara. Yet the biggest loss seems to lie among the Kurds in northern Syria.

Since June 2016, Turkey and Russia have worked to normalise ties as Russia sought to increase its influence in the region, while Turkey's president, Recep Tayyip Erdogan, searched for an alternative policy more in line with his country's primary strategic interest in Syria: containing Kurdish demands for a separate state and influence along Turkey's borders.

Russia and Turkey have until recently sat on opposite sides of the conflict. Russia backs the Syrian president, Bashar al-Assad, and Turkey wants him gone. While Russia provided Assad with military support, Turkey coordinated with Gulf states to provide rebels with weapons and support.

But recent developments, most importantly the ceasefire, have changed the game.

“The ceasefire means a deal between Russia and Turkey was struck. Turkey would close its borders to the rebels and not provide them support. In exchange, Russia would help break up the unification of Kurdish territories,” said Fabrice Balanche, an associate professor and research director at the University of Lyon 2. 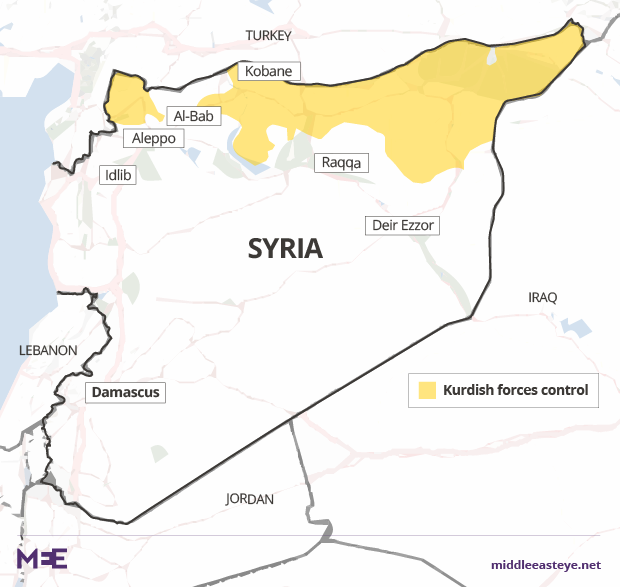 In the aftermath of the Syrian uprisings in 2011, the Kurds set up three federal entities in the northern corners of the country which together make up a political enclave called Rojava. The three cantons of Cizre, Kobane and Afrin are predominantly Kurdish in population but also have Arab and Assyrian communities.

The Democratic Union Party (PYD), the main Kurdish party in Syria, declared in mid-March that the region was a federal entity within the borders of Syria. Rebel groups, Damascus, Washington and Turkey rejected the declaration. The US demanded the Kurdish YPG militia withdraw from positions west of the Euphrates, while Assad said the move was an “unlawful action” which "jeopardises the country’s territorial integrity".

But the Kurds have a complicated relationship with Assad. The Syrian opposition has continuously accused the Kurds of cooperating with the Syrian government through its ally Russia, where the PYD opened offices in February to forge diplomatic relations with Moscow.

Russia replaces the US

The strengthening of ties between Russia and Turkey and the recent ceasefire has weakened the US as a key player in the region.

Ignoring the White House in the truce has been interpreted as a sign of the US’s regional marginalisation with outgoing US President Barack Obama being portrayed as a "loser" after doing too little to aid the anti-Assad rebels.

Russia's president, Vladimir Putin, has been increasingly portrayed as the victor in Syria after dispatching his air force to support Assad in September 2015 and enabling the recapture of eastern Aleppo from rebels in December.

Analysts say it leaves the Kurds navigating a new political map and rethinking their plans for a federalised Syria.

“The Kurds have tried to maintain good relations with the US and Russia. But today, they are afraid of working with Russia, because they don’t trust Assad. At the same time however, they are not sure the US can protect them against Erdogan anymore,” said Balanche, who is also a visiting fellow at the Washington Institute.

The Kurdish YPG militia is an extension of the Kurdish PKK militant group, which has been at war with Turkey for decades and has been responsible for several attacks in the country, the latest of which targeted Izmir last week.

Without a strong ally in the US, which has supported the PYD's armed wing, the Kurdish Project Units (YPG), the Kurds are in a weaker position.

“There is a huge debate today about this issue inside the PYD now. The Kurds might choose to move closer to Russia, because after the fall of Aleppo everyone has understood that Putin is the master and the US is no longer there,” said Balanche.

But according to Sihanok Dibo, an adviser to the leadership of the PYD, the situation hasn’t dramatically changed.

“The current vacuum in the US administration cannot be interpreted that the US has been sidelined,” said Dibo. “We are sure that both the US and Moscow will continue to be involved as guarantors to resolve the crisis.”

On 31 December, Syrian Kurdish groups and their allies approved a blueprint, known as the social contract, at a meeting of a 151-member council in the city of Rmeilan. The contract aims to cement the autonomy of Kurdish areas of northern Syria - although Kurdish leaders say an independent state is not the goal. 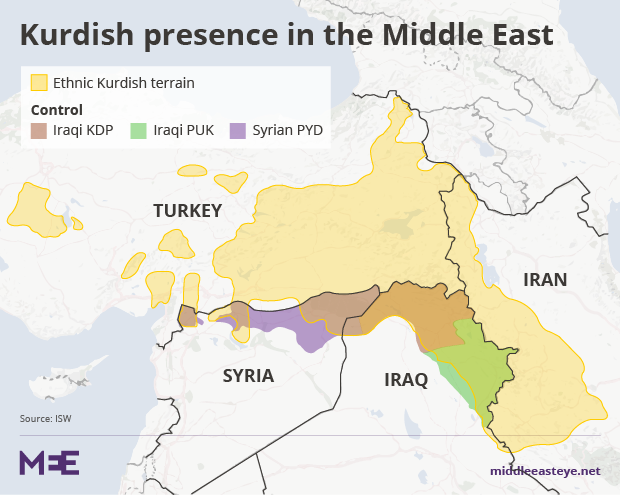 “The Kurds are in a privileged position,” Dibo told MEE. “This is due to five years of hard work; our project [for establishing a federal Syrian state] is becoming increasingly popular among Syrians with many more seeing it as the only solution to the crisis.”

The Kurdish-led Syrian Democratic Forces (SDF), of which the YPG is a major contributor, took control of the Jabar Castle in the western countryside of the Raqqa Governorate on Friday, after swiftly advancing along the western bank of the Euphrates River near Lake al-Assad in western Raqqa.

Dibo believes the self-governing Kurdish regions in northern Syria and their fight against IS will not be affected by the Russian-Turkish rapprochement because “the Kurds have good relations with Russia.”

But according to Ahmed Araj from the Syrian Democratic Council, the political arm of the SDF, the reconciliation between Turkey and Russia may be an agreement to prevent the Kurds advancing their control over northern Syria.

Balanche agrees that the situation for the Kurds in northern Syria after the ceasefire is grim and quite similar to the aftermath of Turkey’s intervention in Manbij in August 2016.

"The real victims of the ceasefire are the Kurds,” Balanche told MEE.

“The official narrative of the PYD is everything is fine, but just like in Manbij, the fighters on the ground feel a deep sense of betrayal by the US and a sense of fear of what is to come,” explained Balanche.

The news came amid reports that the Syrian army had requested that the YPG evacuate the Sheikh Maqsoud enclave in Aleppo by the end of this month following the government's recapture of the city from rebels in December.

On 21 December, the Turkish military also announced that Turkey-backed Syrian rebels had gained full control of the highway linking al-Bab to Aleppo amid intense ground and air fire support.

The town, which is 25km from the Turkish border, is the main target of the now four-month-long operation Euphrates Shield, which is intended to push Islamic State and Kurdish fighters away from the Turkish-Syria border area.

“If Turkish-backed rebels manage to take over al-Bab, they will move into Manbij which will completely eliminate any possibility for the Kurds to link the areas between Afrin and Kobane,” explained Balanche. 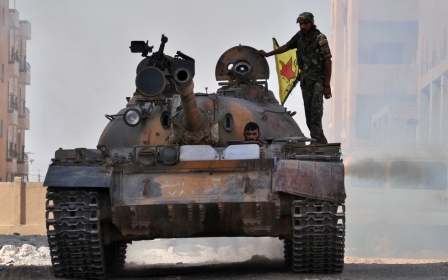 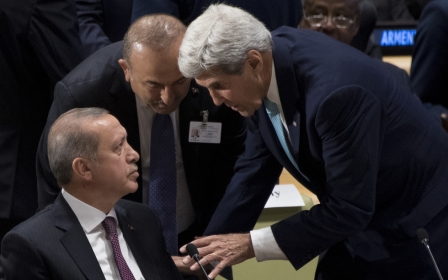 Turkey At War
Turkey would only help retake IS Raqqa stronghold if Kurds not involved: Erdogan 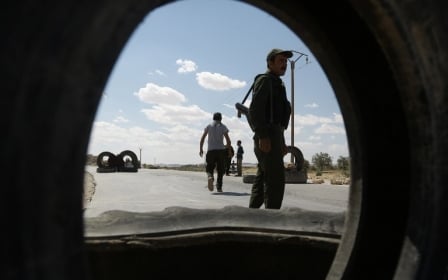