Turkey would only help retake IS Raqqa stronghold if Kurds not involved: Erdogan

Turkish president says it would be a 'shame' if the US and Turkey couldn't take on and defeat 10,000 Islamic State fighters in Syria 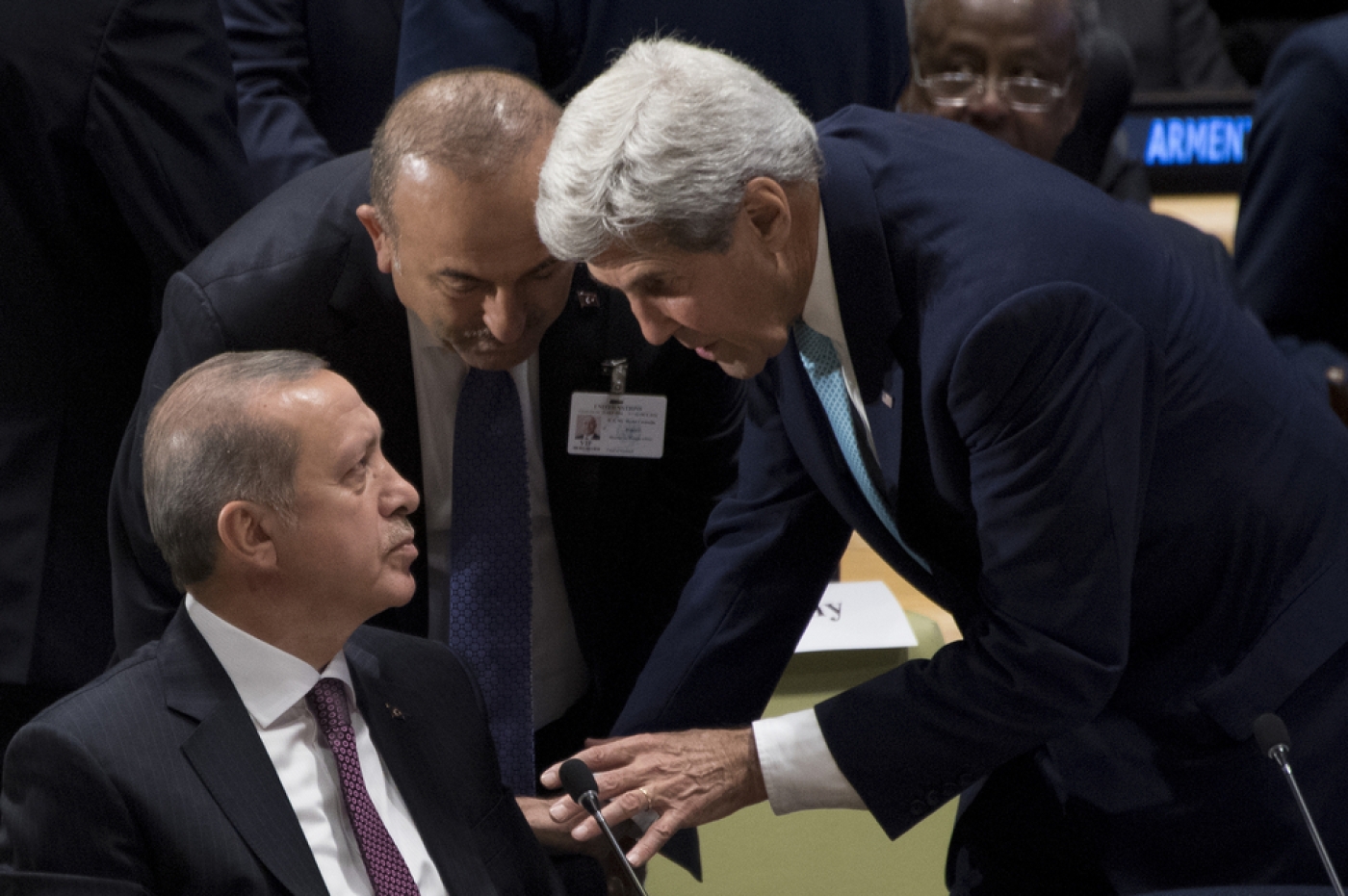 President Recep Tayyip Erdogan has said Turkey could join a US-led operation in Syria to retake the Islamic State (IS) group's stronghold of Raqqa only if Kurdish fighters are not involved, a newspaper reported on Sunday.

US support for Kurdish forces in Syria is a sore point for Ankara, which considers such fighters to be "terrorists" linked to the Kurdish rebels waging a bloody insurgency across the border in southeast Turkey.

Washington, however, sees the Kurdish Democratic Union Party (PYD) and its People's Protection Units (YPG) militia as the best forces fighting IS militants on the ground in Syria.

Erdogan said that if the US conducted its Raqqa operation with Syrian Kurdish forces, Turkey would "not have any place" in the offensive.

"If they do not insert the PYD and YPG into this business, then certainly, we can get [involved] with the US in this fight," he told reporters on the plane back from this week's UN General Assembly in New York, quoted in the Hurriyet daily.

Adding that it would be a "shame" if the US and Turkey could not counter the 10,000 IS militants on the ground in Syria, he called for a "national army" of Syrian rebels to take the region's security into their own hands, saying there were 65,000 such fighters.

On Thursday, Erdogan accused the US of sending "two planes with weapons" to Kobane in northern Syria for the YPG and PYD, but added that he had raised the issue with US Vice President Joe Biden who insisted he had no information.

Ankara, a NATO member and member of the US-led coalition against IS, launched an unprecedented ground operation in Syria last month, sending dozens of tanks and hundreds of troops to back pro-Turkish rebels fighting the YPG as well as IS.

Speculation grew of a possible joint Turkey-US operation to seize Raqqa and possibly IS-held Mosul in northern Iraq after Erdogan revealed he had discussed the issue with US President Barack Obama at this month's G20 summit in China.