The inevitable confrontation between Turkey and Syrian Kurds

Haid Haid
Questions surround Turkey's sudden move on - and retreat from - a Kurdish-held town in northern Syria, but more clashes are all but certain 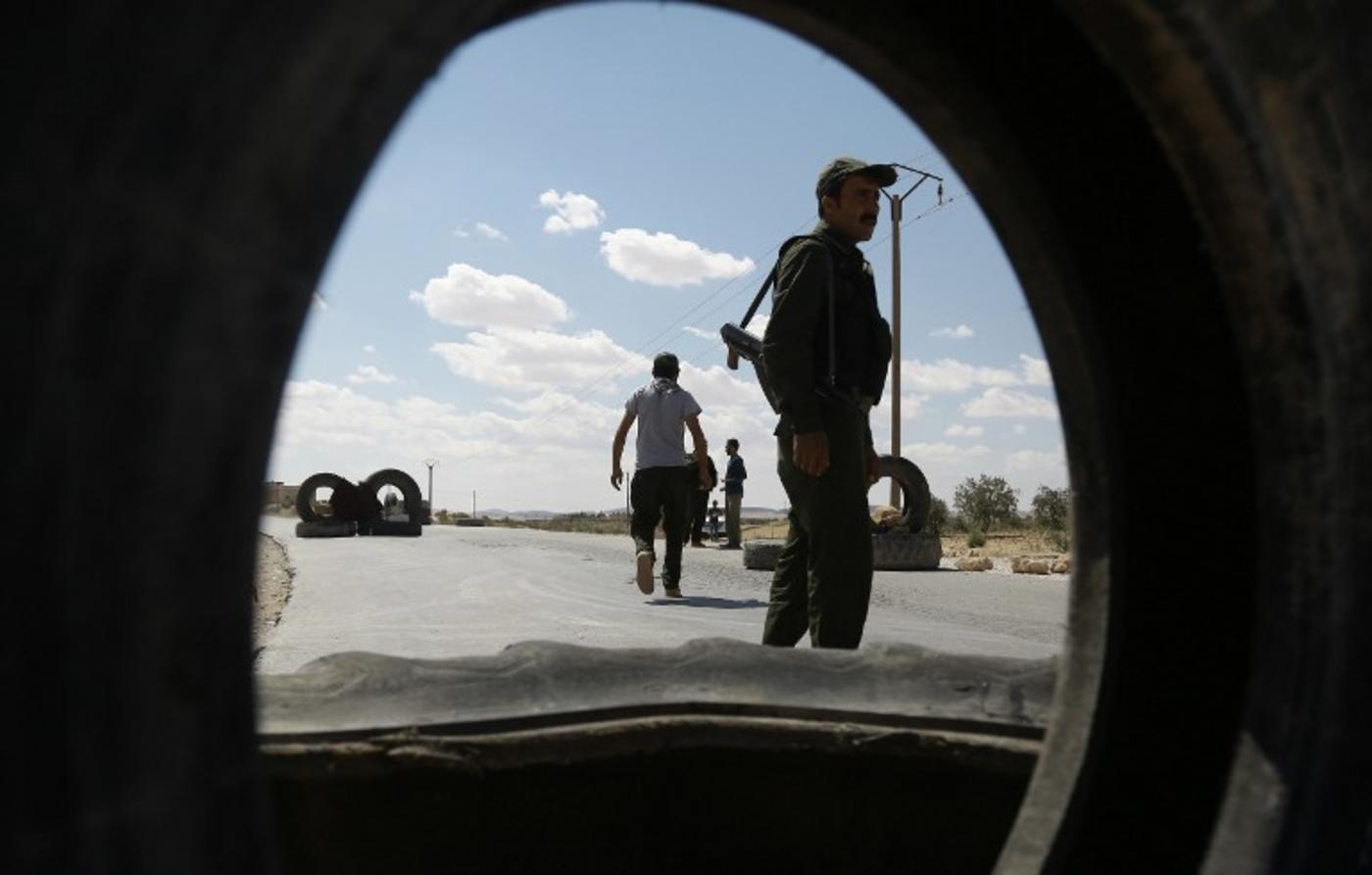 In a sudden shift on 19 October, the Turkish-led Euphrates Shield operation moved on the town of Tal Rifaat in northern Aleppo, held by the Kurdish-led Syrian Democratic Forces (SDF), instead of its original plan to seize the city of al-Bab from the Islamic State group.

As long as there is no solid agreement between Turkey and the Syrian Kurds on how to coexist, a military confrontation is inevitable

The offensive resulted in dozens of casualties as Turkish warplanes and artillery fired on Kurdish targets. This attack was later suspended on 24 October in order to pursue the original goal of capturing al-Bab.

Although military confrontations between Turkey and Syrian Kurds are expected, the exact reasons for these sudden changes remain largely unclear.

The Turkish-backed offensive, a coalition of Syrian rebel groups supported by Turkish troops, was launched on 24 August to take the border town of Jarablus and hamper both SDF and IS aims in northern Syria.

Turkey is worried that advances by Syrian Kurdish fighters will embolden Kurdish militants in its own southeast, where it has been fighting an insurgency for three decades led by the outlawed Kurdistan Workers Party (PKK).

The SDF’s clear intentions to continue their military advance to connect the Kurdish-controlled western canton of Afrin to the Rojava region (the name Syrian Kurds have given to areas in northern Syria where they have wrested control since the war began) played a crucial role in pushing Turkey to launch its first ground military operation in Syria.

Meanwhile, the US supports both the SDF and the Turkish-led coalition, which illustrates the flaws in the US policy on Syria as well as the complexity of alliances and enmities in the country, where many of America’s allies are fighting each other.

Tension and competition over territory led to previous military confrontations between the Turkish-backed groups and the SDF around northern Syria.

On 27 August, Syrian rebels announced that they had seized several villages south of Jarablus from IS and the SDF, which reportedly resulted in the death of five Kurdish People’s Protection Unit (YPG) fighters as well as one member of the Asayesh, the Kurdish internal security force.

Turkey’s most recent offensive, unlike previous clashes, was not only a race to capture areas from IS. It also had a clear objective of capturing the symbolic revolutionary town of Tal Rifaat from the SDF, which seized it from rebel groups in mid-February 2016.

Importantly, this escalation could lead to an all-out confrontation between Turkey and its rebel allies against the SDF.

The Turkish army issued a statement touting that it bombed targets in three villages recently seized by SDF forces from IS while advancing eastward toward al-Bab, IS’s last stronghold in rural Aleppo.

Likewise, Mohammed Balkash, the military leader of Liwaa Ahrar Souria which is participating in the Turkish-led coalition, confirmed that fighting started after the SDF captured these villages. “Freeing Tal Rifaat was originally planned as a long-term goal of the current offensive, while freeing al-Bab was the immediate target,” he said.

“However, the SDF took advantage of IS’s rapid defeats and captured a number of villages we were about to seize and fighting erupted between us as a result. An urgent meeting was held inside the Euphrates Shield operation in response, which resulted in a decision, earlier than planned, to recapture Tal Rifaat and the other towns previously captured by the SDF [from other rebels].”

Kurdish officials, however, denied that the offensive was a result of clashes with the Turkish-led coalition. Ilham Ahmed, a senior Syrian Kurdish official, said Turkey is taking advantage of US attention being focused on its own presidential election to push back against the Kurds and advance in northern Syria.

Nawaf Khalil, a former PYD spokesman and head of the Rojava Centre for Strategic Studies, also claimed that Turkey’s offensive is a result of an agreement between Turkey and Russia to weaken Syrian Kurdish forces, following a recent rapprochement between Moscow and Ankara. “There has been a deal between Russia and Turkey to hit the Kurds, and destroy the insurgency in Aleppo,” Khalil reportedly said.

But why the abrupt and unexpected ending of the offensive?

The sudden shift followed an announcement by the Turkish president on 22 October that the Turkish-led forces would press on to the IS-held town of al-Bab.

There are several reasons that could have led, either individually or collectively, to this strategic decision. The Turkish-led attack on the SDF pushed the Syrian regime to threaten to respond to the violation of Syrian airspace by Turkish warplanes and down them with all available means. However, the attacks continued for a few days after this threat was announced on 20 October.

The attack may have stopped as a result of a ceasefire brokered by the US, which is affiliated with the SDF as a main partner in the fight against IS in Syria. Kurdish officials reportedly pressured the US to quell the Turkish-led offensive against the SDF, threatening to suspend their participation in the fight against IS.

The US was "asked to put a stop and take a clear and direct position regarding this Turkish aggression. Otherwise, the project of combatting terrorism may be delayed or totally fail in Syria," said Ahmed, the Kurdish official. The US was able to broker a ceasefire between Turkey and the SDF, when similar clashes erupted in August.

Another potential reason: rebel groups fighting in the Turkish-led operation also did not have enough fighters to capture Tal Rafaat and advance toward al-Bab at the same time.

“FSA groups backing Turkey do not have enough manpower to fight on different fronts. Even if they were able to capture Tal Rafaat, they would not have been able secure it and have enough resources to advance towards al-Bab. Al-Bab is less problematic and more important for their long-term goals,” said Mustafa al-Abdullah, a media activist in northern Aleppo, commenting via WhatsApp.

Finally, the recent swift victories of the Turkish-led operation and the current attack on IS in Mosul in Iraq, which is preoccupying the group's leadership, may have influenced Euphrates Shield to prioritise al-Bab.

Thus, the Turkish-led coalition attacked the SDF to send a warning message that force would be used in case of any attempt to advance from Tal Rafaat towards al-Bab to connect the Kurdish-controlled western canton of Afrin to the Rojava region.

The frequency and intensity of clashes look set to increase as Turkey and the SDF pursue similar objectives in northern Syria and come into contact along shared frontlines. This escalation could lead to an all-out confrontation between Turkey and its rebel allies against the SDF, which could further complicate the Syrian conflict and hinder the war against IS.

As long as there is no solid agreement between Turkey and the Syrian Kurds on how to coexist, a military confrontation between them is inevitable.

Photo: Fighters from the Syrian Democratic Forces (SDF) set up a road block on 10 June on the outskirts of the northern Syrian town of Manbij then-held by the Islamic State (IS) group as they encircle the town cutting off the group's main supply route between Syria and Turkey (AFP). 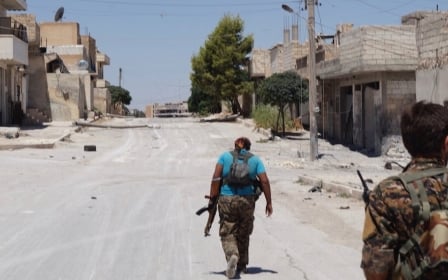