Turkish-backed forces will press on to the strategic, Islamic State-held town of al-Bab in Syria, Turkish President Recep Tayyip Erdogan said on Saturday, emphasising Ankara's drive to sweep Islamic militants and Syrian Kurdish fighters from territory near its border.

Backed by Turkish tanks, special forces and air strikes, the Free Syrian Army crossed into northern Syria in August and seized the border town of Jarablus from the Islamic State (IS) group.

The rebels have since extended those gains and now control an area of roughly 1,270 square km in northern Syria.

"They say, 'Don't go to al Bab'. We are obliged to, we will go there," Erdogan said in a speech at the opening of an education centre in the northwest province of Bursa. "We have to prepare a region cleansed from terror."

Erdogan also said that Turkey would do what was necessary with its coalition partners in Syria's Raqqa but would not work with the Syrian Kurdish fighters.

Differences over Syria have caused strains between NATO allies Turkey and the United States. Washington is backing the Syrian Kurdish YPG militia in the region, seeing it as a partner in the fight against Islamic State. Turkey fears the militia's advance will embolden Kurdish militants at home.

The outlawed Kurdistan Workers' Party (PKK) has carried out a three-decade insurgency in Turkey that has killed more than 40,000 people, most of them Kurds, in Turkey's largely Kurdish southeast.

Turkey's military on Saturday confirmed that it had hit 72 Islamic State and 50 Syrian Kurdish fighter targets in northern Syria by early Friday morning. 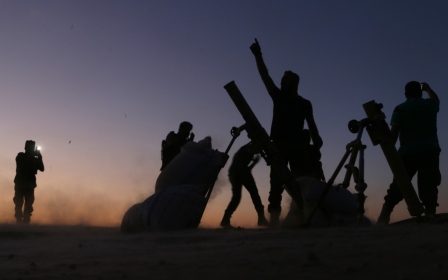 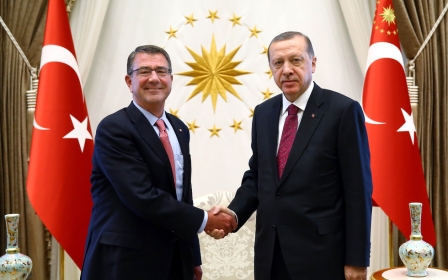