The UN peace process for Libya is, if not dead, then certainly on life support, following the third postponement of planned peace talks that had been due on 5 January. With fighting raging across the country, UN envoy Bernadino Leon has admitted he is “running out of ideas”.

Leon’s mediation process has had a tortured history. It began in September, shortly after the country split in two with Libya Dawn, a gathering of revolutionaries, taking control of Tripoli and Misrata, Libya’s largest port. The newly elected House of Representatives (HOR) fled to the eastern city of Tobruk.

Leon wanted to bring all sides together but was hampered from the start because the UN had given official recognition to the HOR as Libya’s legitimate government.

With that in mind, he began the so-called Ghadames process, holding meetings in the west Libyan town of the same name, which were restricted to members of the HOR. The meeting was between MPs who supported the parliament, and another group of lawmakers who were elected but had then boycotted the parliament in favour of Libya Dawn.

Three meetings were held, the last attended by UN Secretary General Ban Ki Moon in the hope that parliament itself would be the forum for resolving a worsening civil war.

The talks got nowhere, hampered by the failure to include key military leaders from both sides. Libya Dawn supported the revival of Libya’s former parliament, the General National Congress (GNC), insisting this, not the HOR, was the legitimate government.

The GNC’s claim to legitimacy was strengthened in November when the supreme court ruled that the June elections that had created the HOR were invalid, and by implication, the HOR was possibly illegitimate. The HOR denounced the ruling, saying the judges in Tripoli were operating under pressure from Libya Dawn militias and refused to recognise the judgement.

For Leon, the court ruling provided a chance to broaden the dialogue, and he quickly followed up by meeting with Nuri Abu Sahmain, the speaker of the reconvened GNC in Tripoli to urge support for fresh talks.

By now, Libya was split with rival governments in Tobruk and Tripoli controlling rival armed forces.

A new peace process, informally named Ghadames 2, took shape, with Leon announcing that all key players in Libya’s war would take part. Excluded were Ansar al-Sharia, fighting for control of the eastern city of Benghazi, after the UN blacklisted it as a terrorist organisation. He began seeking agreement for all sides to attend a peace conference.

By November, Libya’s war had broadened into a series of inter-connected conflicts. Libya Dawn forces, having secured Tripoli, pushed south and west, battling with pro-HOR units from Zintan and Warshafan. In the east, HOR forces battled Ansar al-Sharia and units from a shura (advisory) council for control of Benghazi.

Leon’s solution, sketched out in an interview with Spanish newspaper El Pais, was a staged peace plan.

First would come a ceasefire, followed by the creation of a unity government, and a promise that militias would withdraw from the main cities. That unity government would shepherd Libya through to a time when a new constitution, being designed by a commission elected in February, would be ready for fresh elections next year.

Leon called for the central bank, National Oil Corporation and Libyan Investment Authority, which controls more than $100 billion in foreign assets, to be “independent”.

A sense of crisis

A sense of crisis by now pervaded the corridors of power abroad. The war was growing more intense, with hundreds dead and the UN saying 400,000 had been made homeless. Libya’s economy was crumbling, the country depending on dwindling oil income to survive.

Leon’s problem in getting all sides to sit down at the table was the mutually exclusive nature of the war. HOR leaders insisted that as the recognised government, it must have sole authority, and could not recognise the GNC or share power with Libya Dawn, which it declared a “terrorist” formation.

The GNC made the same demand, arguing that since the HOR had been declared invalid by the supreme court, it had the authority. Neither side was willing to consider a power-sharing agreement.

By December, with fighting worsening, Leon told a meeting of NATO foreign ministers in Brussels that peace talks were ready and that the so-called Ghadames 2 talks would be held on 9 December.

But the evening before the talks, he flew to Tripoli to meet with GNC speaker Abu Sahmain and announced the talks would be postponed by a week.

The following week came and went and the talks were again postponed, with GNC and HOR each insisting they would attend only if they were accepted as the legitimate government.

On 23 December, Leon attended a meeting of the UN Security Council in New York. The meeting was private, but the council president, Chad’s UN ambassador Mahamat Zene Cherif, told Reuters a new date for the talks had been agreed, for 5 January.

Back in Libya, the fighting escalated still further. Abdullah al-Thinni, the HOR’s prime minister, announced moves to keep oil income away from the central bank, perceived in Tobruk as favourable to Libya Dawn.

International recognition potentially gives HOR sole control of Libya’s assets abroad and, crucially, oil income. Moving this cash away from the central bank would allow the HOR to cut finance for Libya Dawn.

Operation Sunrise got off to a bold start, with Dawn units, mostly from Misrata, pushing east with 300 vehicles from bases in Sirte to the gates of Es Sider, Libya’s largest oil port, on the first day.

They ran into resistance from the Petroleum Facilities Guard (PFG), a semi-autonomous army unit controlled by charismatic commander Ibrahim Jathran. Dawn units insisted their move was not to capture the ports, but “liberate” them from Jathran, who had staged a 12-month blockade of the same ports which ended in June.

In the days that followed, Libya’s air force pounded Sunrise units, finally seeing them pull back to the town of Bin Jawad. Then in late December Dawn units staged a speedboat raid on Es Sider, which was beaten back, but saw one of the giant fuel storage tanks catch fire.

A plume seen from space

Both sides blamed the other for a conflagration that lasted a week, burned through nearly a million barrels of oil, and cast a smoke plume that could be seen from space.

If there was any goodwill left between the two sides, it evaporated in late December and early January when the HOR government’s air force staged three days of air strikes against Misrata. Then on 4 January bombers hit a Greek-owned tanker, the Araevo, which was delivering fuel to Derna, held by militant forces including, according to the Pentagon, units of Islamic State (IS).

The HOR accused the tanker of ignoring demands to be searched amid fears it was supplying Derna units with weapons. The National Oil Corporation in Tripoli, and the Greek government, called for an inquiry.

Meanwhile HOR forces launched a counter-attack against Operation Sunrise at Bin Jawad, backed by air strikes. With the country engulfed in violence, 5 January came and went with no sign of the peace talks the UN Security Council president had announced in December.

Running out of time

“We are running out of time, we are running out of ideas,” Leon told CNN on 7 January. “If in the coming weeks it is not possible to revive this political dialogue the international community should think of other formulas and speak in a different language in Libya.”

Leon did not spell out what this “new language” would be, but he seemed to hint that the outside world would take a more robust approach, saying the international community may decide to use “more sticks and less carrots”.

One of Leon’s problems is he has little leverage to offer. There is no consensus at the UN about how the war should be solved and little appetite for deploying foreign peacekeepers.

Leon’s one crumb of comfort, as he ponders his next move, is his conviction that most Libyans, including many leaders, want peace. “I think all of them, the moderates and the radicals, know that there is no military solution in Libya,” he said. “This is quite obvious for most analysts inside and outside Libya.” 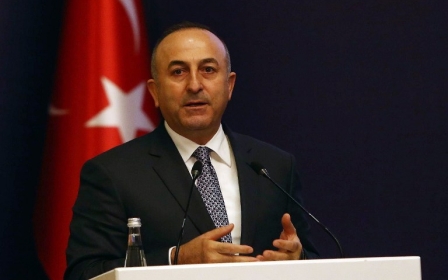 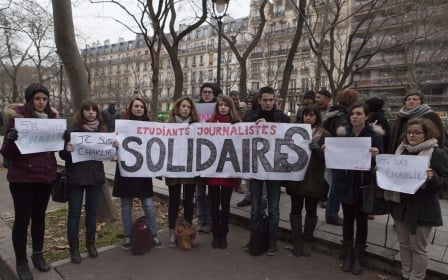