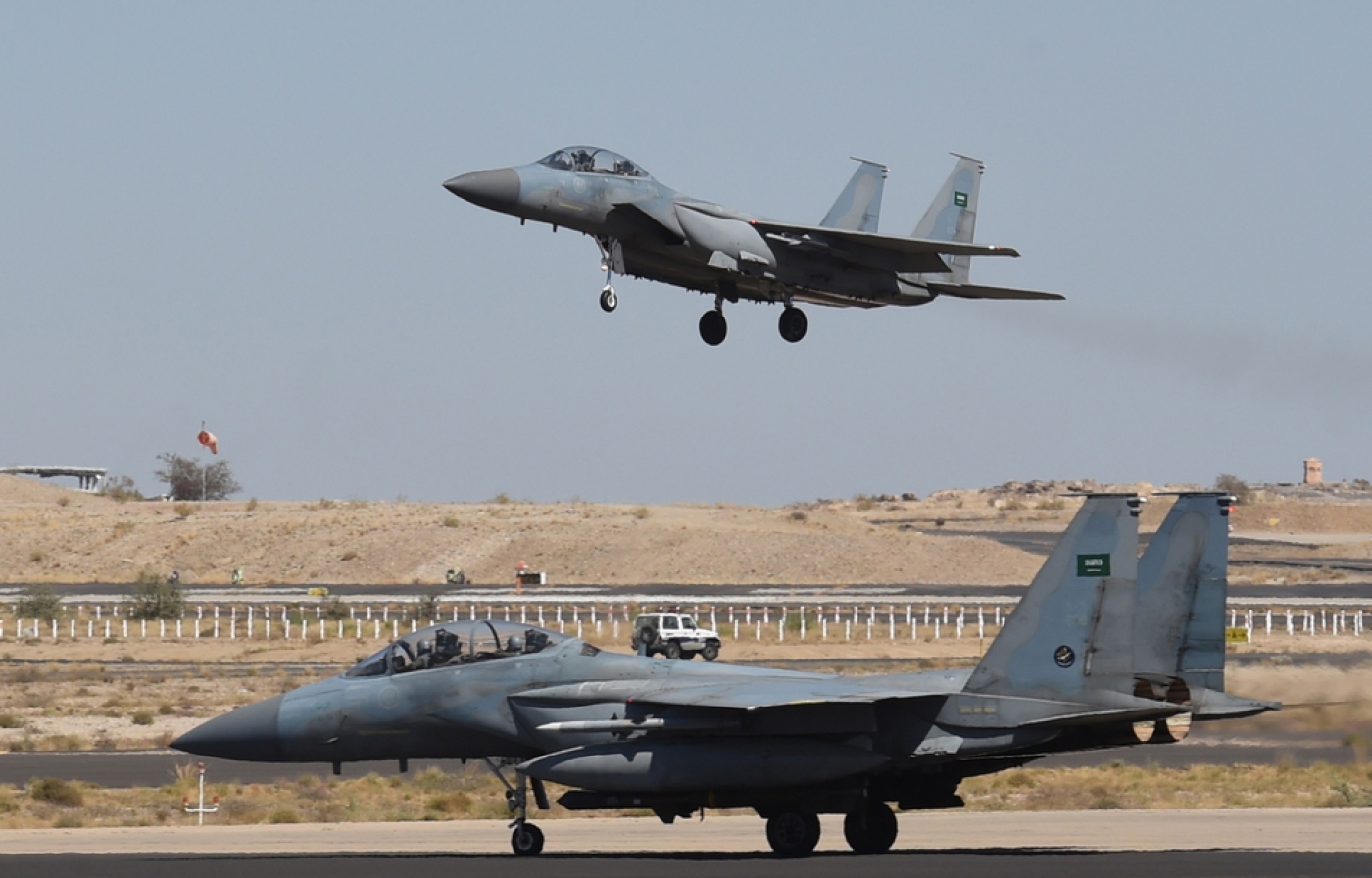 Arms flows to the Middle East have increased by 87 percent over the past five years and now account for more than a third of the global trade, the Stockholm International Peace Research Institute (SIPRI) said in a report on Sunday.

The defence think-tank’s annual survey showed that Saudi Arabia became the world’s top arms importer in 2014-18, with an increase of 192 percent over the preceding five years. Egypt, Algeria, the United Arab Emirates and Iraq also ranked in the top 10 list of global arms buyers. Sipri measures the volume of deliveries of arms, not the dollar value of deals. The volume of deliveries to each country tends to fluctuate, so it presents data in five-year periods that offer a more stable indication of trends.

The new report shows how the United States and European nations sell jets, jeeps and other gear that is used in controversial wars in Yemen and beyond, SIPRI researcher Pieter Wezeman told Middle East Eye.

“Weapons from the US, the UK and France are in high demand in the Gulf, where conflicts and tensions are rife. Russia, France and Germany dramatically increased their arms sales to Egypt in the past five years,” Wezeman said.

The growth in Middle Eastern imports was in part driven by the need to replace military gear that was deployed and destroyed in Yemen, Syria, Iraq and Libya, he said, adding that it was also driven by political tensions and a regional arms race. 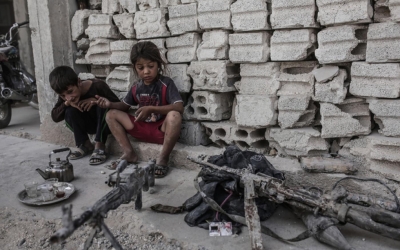 Exporting American's gun problem? The proposed rule that has monitors up in arms
Read More »

In 2014-18, Saudi Arabia received 94 combat jets fitted with cruise missiles and other guided weapons from the US and Britain.

Over the next five years, it is set to get 98 more jets, 83 tanks and defensive missile systems from the US, 737 armoured vehicles from Canada, five frigates from Spain, and Ukrainian short-range ballistic missiles.

In 2014-18, the UAE received missile defence systems, short-range ballistic missiles and about 1,700 armoured personnel carriers from the US as well as three Corvettes from France, the report says.

Qatari weapons imports increased by 225 percent over the period, including German tanks, French combat aircraft and Chinese short-range ballistic missiles. It is set to receive 93 combat aircraft from the US, France and Britain and four frigates from Italy.

Iran, which is under a UN arms embargo, accounted for just 0.9 percent of Middle Eastern imports.

For Wezeman, “the gap is widening” between Iran and its foes across the Gulf, which have obtained more advanced weapons.

The US has retained its position as the world’s top arms seller. Its exports grew by 29 percent over the past five years, with more than half of its shipments (52 percent) going to customers in the Middle East.

British sales grew by 5.9 percent over the same period. A total of 59 percent of UK arms deliveries went to the Middle East - most of it combat aircraft destined for Saudi Arabia and Oman.

He pointed to cases where sales are merited - such as re-tooling Iraq’s army after it lost much of its hardware and territory in the Islamic State (IS) group’s attack in 2014.

Still, Western arms more often end up being used in human rights abuses, he said, pointing to Egypt’s crackdown on political opponents, Israel’s occupation of Palestinian land and the Saudi-led war in Yemen.

He blasted the “hypocrisy” of Western governments not following their own rules by continuing to supply authoritarian leaders who commit wartime abuses or violations against their own people.

In addition, “a critical problem for the region is the emergence of armed groups like IS”, Wilcken told MEE.

“In Yemen, totally unaccountable militias are being armed and supported by the UAE and Saudi Arabia, which is setting the scene for a future period of instability and human rights violations.”

The problem has not gone unnoticed in Western capitals.

In the US, lawmakers in both houses have passed resolutions to end US support for the Saudi-led coalition, though US President Donald Trump has vowed to veto the document if it reaches his desk.

In Britain, opposition leader Jeremy Corbyn has called for a ban on arms exports to Saudi Arabia. Last month, a parliamentary committee concluded that the UK was on “the wrong side of the law” by arming Riyadh.

In October, Amnesty released a report about French-built armoured vehicles used by Egyptian government forces to “disperse protests and crush dissent” in crackdowns from 2012 to 2015.

Germany alone has taken a stand. Last week it extended until the end of March a unilateral freeze on arms supplies to Saudi over its war in Yemen and the killing of Saudi journalist Jamal Khashoggi.

This has caused a rift with Britain and France, its partners in European defence projects, as it may jeopardise some orders, including a $13.1bn deal to sell 48 Eurofighter Typhoon jets to Riyadh.

Jeff Abramson, a scholar at the Arms Control Association, an advocacy group, said the US should follow Germany’s example.

“Instead of being challenged, the US continues to claim a larger share of an expanding global arms market,” Abramson told MEE.

“As such, the US should take the lead in promoting responsible behaviour, rather than encouraging trade to repressive and irresponsible regimes, such as those in Saudi Arabia and the UAE.”

The report also made other interesting findings.

These past five years, Turkey has increased exports of armoured vehicles, missiles and other gear by 170 percent, becoming the world’s 14th most important arms exporter and the second-biggest in the Middle East after Israel.

Saudi Arabia and the UAE were among Turkey’s top three importers of weapons in the past five years, despite Ankara being at odds with its customers over Khashoggi and the blockade on Qatar.

Continuing to buy arms from Turkey may be a bid by Riyadh and Abu Dhabi to keep ties with Ankara on track despite the diplomatic rift, said Wezeman.

Also, Algeria increased its arms imports by 55 percent over the past five years, with shipments from Russia, China, Germany and elsewhere.

This made it the world’s fifth-biggest arms importer despite having only a $168bn economy.

Algeria buys arms for military prestige, to tackle militants from neighbouring Libya and because of its “long-standing rivalry with Morocco”, said Wezeman. 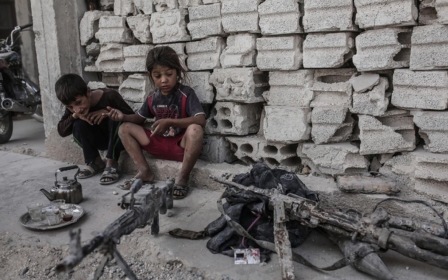 Arms Trade
Exporting America's gun problem? The proposed rule that has monitors up in arms 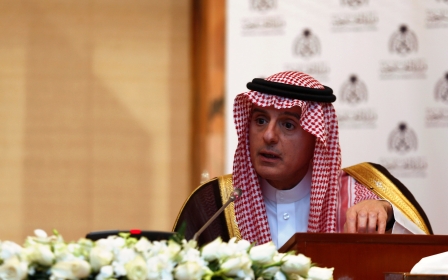