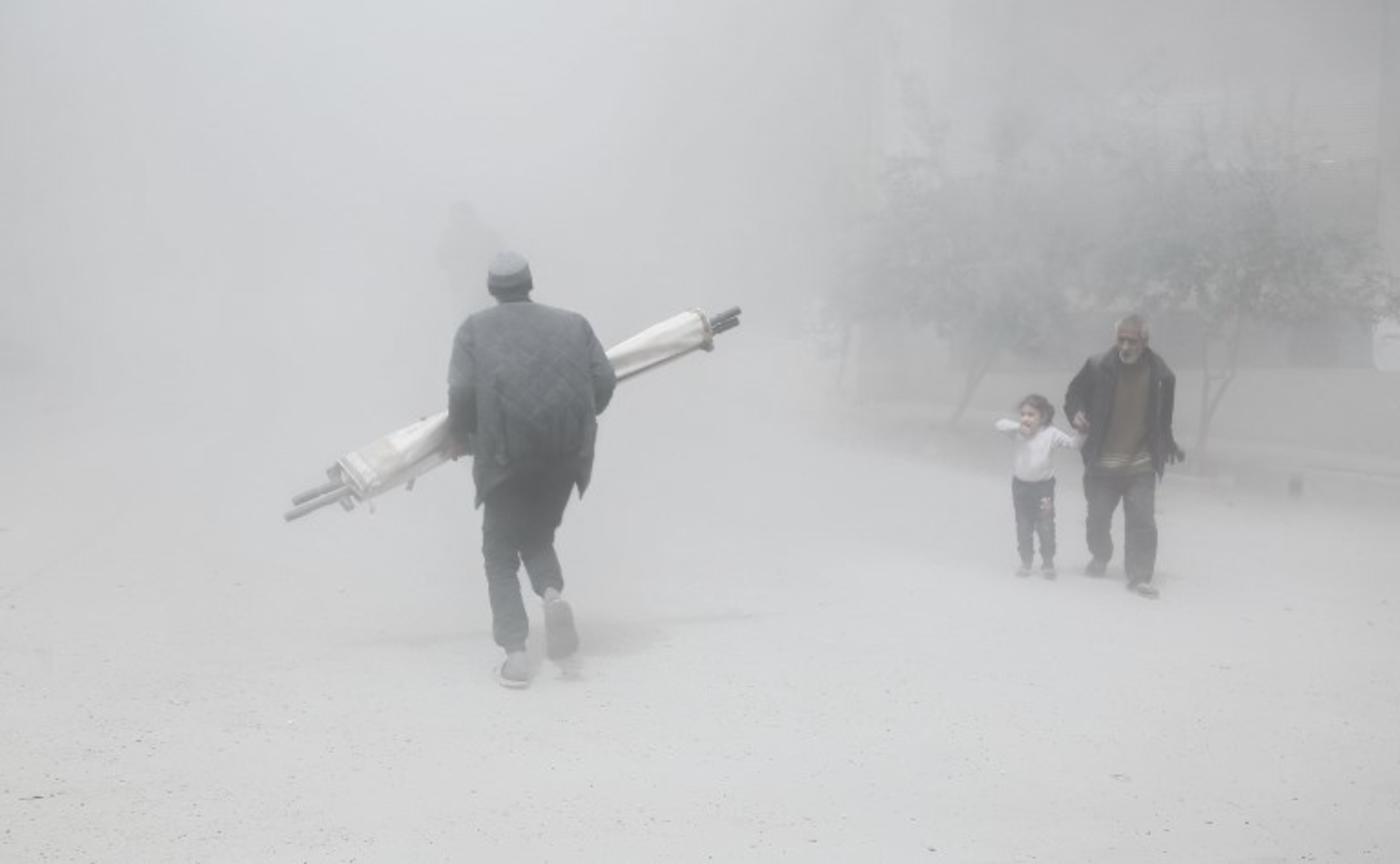 Shelling by the Syrian government on the rebel-held area of Eastern Ghouta near Damascus on Friday killed at least 19 civilians, among them six children, a monitor said.

The deaths came amid an escalating cycle of tit-for-tat attacks between the government and rebels holding the enclave on the Syrian capital's eastern outskirts.

According to the Syrian Observatory for Human Rights, 52 civilians have been killed since Tuesday, most of them in Eastern Ghouta, which has been besieged since 2013 and where humanitarian conditions are dire.

Elsewhere in Eastern Ghouta, another six people were killed in air strikes, the monitor said.

On Tuesday, the Ahrar al-Sham rebel group, which has positions in Harasta, attacked a military base in the area, which is supposed to be a "de-escalation zone" under a deal between Russia, Iran and Turkey to ease the level of violence.

The fighting on that front has left at least 37 dead on the government side, according to the Observatory, a toll the government has not confirmed. Abdel Rahman said "dozens" of rebels were also killed.

In a hospital in Douma, doctors and nurses were treating a continuous flow of wounded as the sounds of crying children echoed through the facility, an AFP correspondent said.

An elderly man with greying hair sought to calm a little girl in tears, her clothes covered in blood, while the bodies of three children killed in the strikes lay inert on a metal table.

Two other wounded children sat on a bench, silent, their eyes wide, apparently still in shock. One had a bandaged foot.

Another wounded person had a bandage wrapped around his head; blood had soaked through it.

The Syrian government is now in the midst of a large-scale offensive in East Ghouta, the DC-based Syria Institute told Middle East Eye.

In the past four days, the government has unleashed 222 air strikes – including cluster bombs and chlorine attacks - in the area, with half of them in Harasta, said Valerie Szybala, the executive director of the Syria Institute.

Six were killed the previous day, including Syria's national karate coach Fadel Radi, who died of his wounds after being hit by shrapnel as he left his Damascus sports club, the state-run SANA news agency reported.

More than 330,000 people are estimated to have been killed and millions displaced in the Syrian war, which began in 2011.