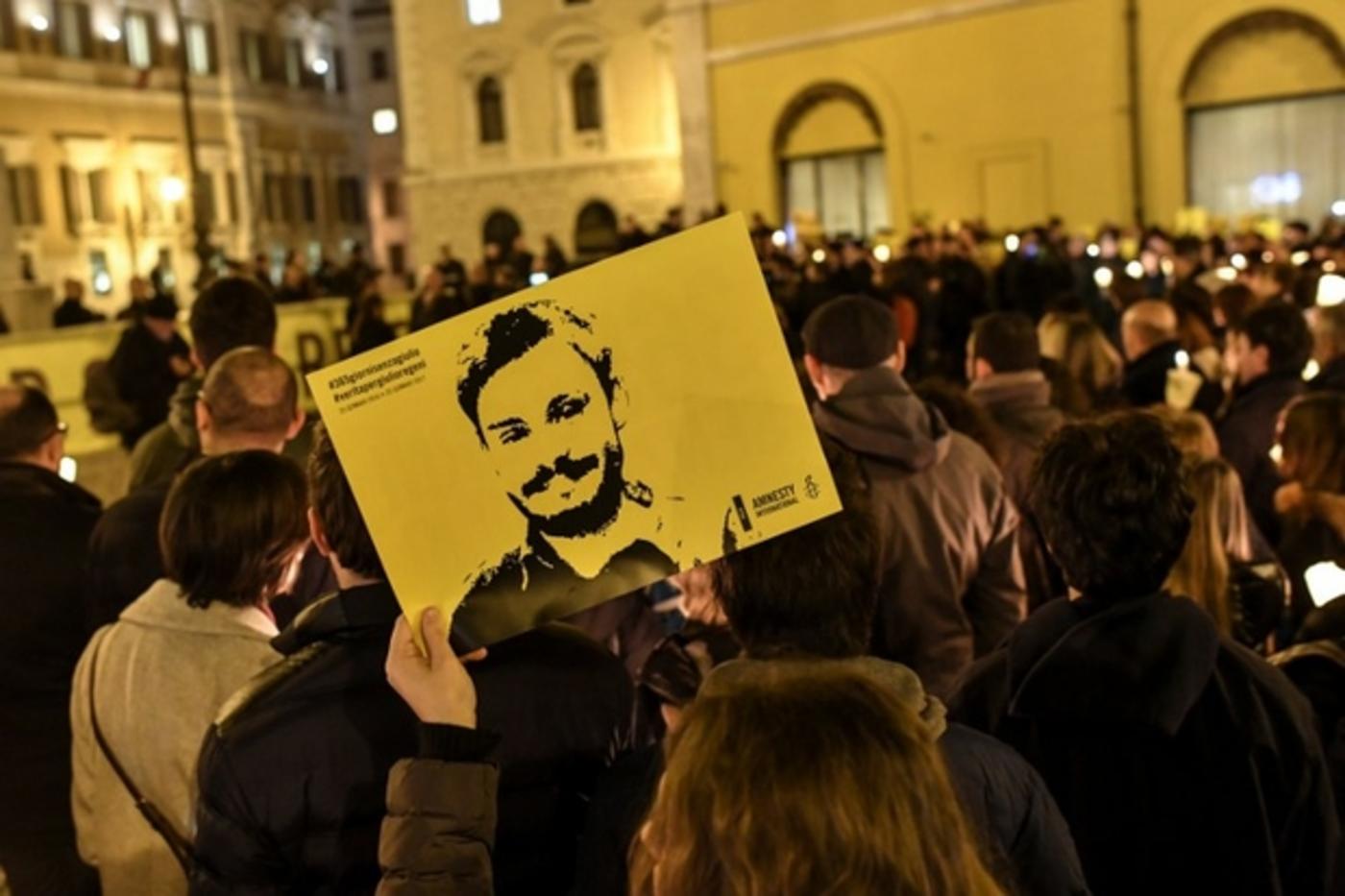 Italian magistrates investigating the murder of a graduate student in Cairo two years ago have seized the computer and cell phone of his Cambridge University adviser, the prosecutors' office in Rome said on Wednesday.

Giulio Regeni was tortured and slain while carrying out research in Egypt. Italian magistrates have worked with their Egyptian counterparts to try to solve the crime, but have often expressed frustration over the slow pace of the investigation.

While authorities do not believe that Regeni's adviser, Maha Abdelrahman, was involved in his death, investigators have pushed for months to question her about why he had chosen his research subject and whether she had put him in harm's way.

Abdelrahman finally agreed to talk to the Italian magistrates in Cambridge on Tuesday, prosecutors said. On Wednesday, the team from Rome, backed up by British authorities, visited her home and office, taking a computer, a hard disk, a USB key, a phone and some unspecified documents.

UK authorities searched the home and office of Cambridge University professor Maha Abdelrahman on Wednesday, confiscating a computer, USB drive, hard disk and cellphone, according to ANSA. Abdelrahman was the PhD supervisor of Giulio Regeni, who was killed in Cairo in early 2016 pic.twitter.com/nKsmUD7mGU

"[This] will be useful to bring definitive clarity, in an unequivocal and objective way, to the role of the tutor in consideration of the investigation," the prosecutors said in a statement.

Cambridge University did not immediately respond to requests for a comment. Abdelrahman, who is Egyptian, has never spoken publicly about the death of her student and took a leave of absence in the wake of his killing.

Reuters could not immediately reach Abdelrahman.

A senior legal source in Rome said Abdelrahman had told magistrates that Regeni had picked his own research subject. He said she had shed no new light on the case and added that this was "disappointing".

Regeni had been looking into Egypt's independent unions for his thesis and attracted the suspicion of the Cairo government before his disappearance, sources told Reuters in 2016.

In September, Egyptian authorities arrested a lawyer whose human rights group opposes enforced disappearances and is linked to Regeni's case.

Prosecution officials said he had been remanded in custody for two weeks on suspicion of "dealing with foreign parties" and "spreading false news".

Ibrahim Metwally, who founded the Association for the Families of the Disappeared, was also suspected of having set up an "illegal" group, they claimed.

Metwally had been in touch with the legal defence team of Regeni's family.

Regeni, a PhD student, went missing in Cairo on 25 January 2015 and his body was found days later bearing torture marks.

Egypt has faced accusations that one of its security services murdered the student who was researching trade unions - a sensitive topic in the country - but Cairo has denied any involvement.

His murder led to a diplomatic crisis that saw Italy recall its ambassador, although it has since said its envoy would take up his post again.

Rights groups accuse the Egyptian government of arbitrary arrests and enforced disappearances of dissidents that spiked after the military overthrew Islamist president Mohamed Morsi in 2013 and cracked down on his supporters.

The government disputes such allegations.