‘Back to square one’: After US sanctions lift, Sudan doubles down on repression

The government in Khartoum has taken the lifting of US sanctions as a green light to crackdown on activists and journalists, say analysts 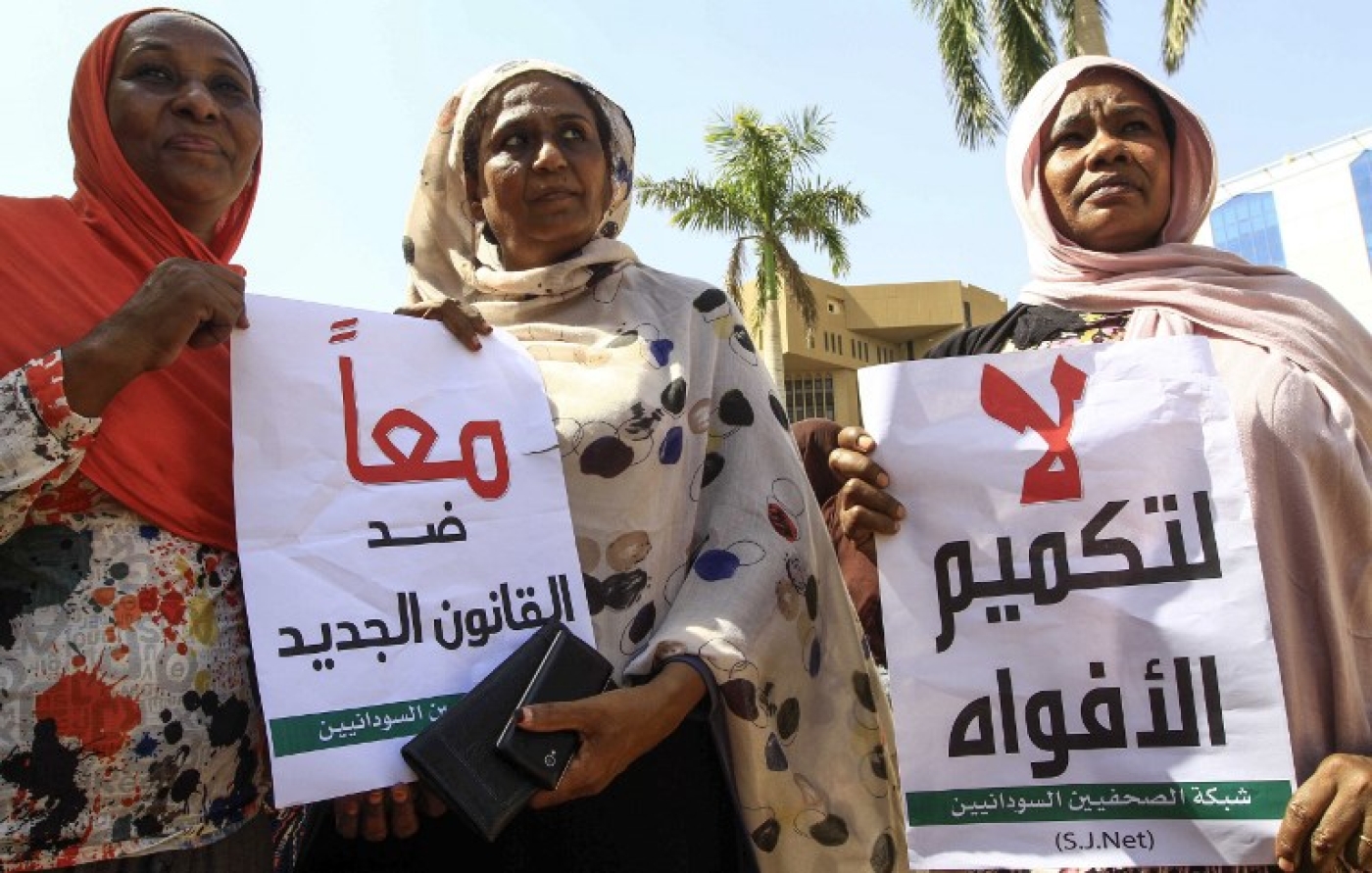 KHARTOUM - The Sudanese government eased up on its crackdown against opposition activists and journalists in the period before the US lifted sanctions against the country, but is now returning to its old ways, observers say.

In October, Sudanese economists and politicians welcomed the lifting of the US sanctions, which had been in place for two decades.

In addition to easing its domestic repression, the government was unusually reserved in its verbal attacks against the West, particularly the US, while negotiations over the sanctions were ongoing.

But now that they have been lifted, the government is again using oppressive laws - condemned for years by international human rights groups - to intimidate opponents and maintain its dominance.

One of the reasons, say analysts and opposition figures, is that, despite lifting sanctions, the US has kept Sudan on the official list of countries sponsoring terrorism and set more conditions for the full normalisation of ties.

Sudan’s economy, meanwhile, has seen very little improvement even with the lifting of the sanctions.

So now the government is acting out to show its strength domestically and also to gain leverage ahead of further negotiations with the US – and in the interim, say analysts and activists, Sudanese citizens pay the price.

Back to square one?

The US first imposed sanctions on Sudan in 1997, including a trade embargo and freezing state assets, for human rights abuses and terrorism concerns. It layered on more sanctions in 2006 for alleged atrocities in Sudan’s Darfur region.

Before leaving office, former US president Barack Obama temporarily eased the decades-old restrictions. In July, the Trump administration postponed its decision on whether to remove the sanctions completely, eventually removing them in October.

The change in US strategy comes after lobbying efforts by Gulf countries, including Saudi Arabia and the United Arab Emirates, which urged Washington to drop the sanctions. Sudan has reportedly provided 1,000 ground troops to fight for the Saudi-led coalition in Yemen and has been promised Saudi investment in the country after cutting diplomatic ties with Iran in January 2016.

Experts have also told MEE that US has been motivated to reward Khartoum with an eye on counter-terrorism operations. In Sudan, the US wants to create a “well-positioned listening post in northern Africa”, said Eric Reeves, a Sudan expert at Smith College.

But the State Department was clear when the sanctions were lifted that Sudan had more work ahead for relations to completely normalise, including committing to a UN Security Council resolution on North Korea and improving human rights conditions.

And just weeks later during a visit to Sudan, US Deputy Secretary of State John J Sullivan, in addition to demanding that the government and rebels cease hostilities in South Kordofan, Blue Nile and Darfur, called for a halt on the crackdown against Sudanese Christians and laws on apostasy, adultery and indecent dress to change.

It’s these pre-conditions for further negotiation that have led the government to start a new wave against activists and personal freedoms, using the very laws the US wants dropped.

“These pressures have pushed Khartoum back to square one, as it felt it was getting no benefits from its engagement or even concessions and cooperation in the war on terrorism,” said Sudanese political analyst Hassan Berkia.

On 10 December, 24 women and girls were arrested when they attended a private, single-sex house party in Khartoum and were accused of being indecently dressed.

Days later, Wini Omer, an activist and journalist with the Khartoum-based Modernity magazine, was arrested while protesting the original arrests and was also charged with being indecently dressed.

The battle for existence among Sudan's journalists
Read More »

Omer told MEE that the police verbally abused her and beat her friend.

“We were badly treated,” she told MEE.

Omer faced a punishment of flogging, but was found not guilty and the young women for whom she was protesting were acquitted after one day in custody. The court fined the party’s organiser $1,500 for providing false information about the nature of the party.

“This is a clear systematic violation and abuse against the women and we organised a wide campaign against it,” Omer said.

“These laws are designed to oppress the entire community in general and especially humiliate women and human rights defenders.”

Human rights activist Nazir told MEE that the increasingly aggressive campaign by the government is not just being used against women, but against all Sudanese.

Khartoum, he said, has taken the lifting of sanctions as a green light from Washington to continue its violations against its own people with impunity.

“We do believe that the lifting of the sanctions has been abused by Khartoum and taken as a sign of a free hand for Khartoum to continue its violations without fearing a response from the international community,” he said.

“These outdated laws - still imposed on the Sudanese in the 21st century – are actually aimed at intimidating opponents and keeping control of the country in the hands of the regime.”

One of the reasons behind the ramp-up is to pave the way for Sudanese President Omar al-Bashir – who is wanted by the International Criminal Court over charges of orchestrating the genocide in Darfur - to run for another term in elections scheduled for 2020.

In recent months, the Sudanese Republican Party was prevented from registering as a legal political party and some opposition leaders have been forbidden from travelling abroad.

Sudan’s public order law, implemented by the moral police, has long been controversial, and widely condemned by Sudanese activists and opposition politicians, as well as international human rights groups for years.

In 2009, Sudanese journalist Lubna Ahmed Hussein was arrested and accused of public indecency for wearing short trousers. She was fined, but refused to pay and went to jail for one month. Hussein spent several days in jail, but the case was closed after it sparked wide international attention and condemnation.

In 2013, another Sudanese activist Amira Osman, who had spearheaded a campaign against the indecency law, was arrested and accused on the same charges after she refused to cover her head when told to by police.

“These laws not only do not comply with international standards but are also inconsistent with the Sudanese transitional constitution, particularly in terms of the bill of freedom in the constitution which granted the freedom of belief and religion as well as the other public freedoms,” said Nazir.

Trump's decision on 6 December to recognise Jerusalem as Israel’s capital has kicked the government’s push-back campaign against the US into high gear, said political analyst Ahmed Salih.

President Bashir has strongly condemned the US decision, warning that the Sudanese youth are ready to defend the rights of the Palestinians.

“Khartoum has tactically used this opportunity to achieve many goals including sending a strong message to Washington as well as using the old radical Islamic discourse in order to reunite the Islamic factions in the country behind him in 2020 elections," Salih said.

The ruling party and allied groups have organised protests in the capital against Trump’s decision.