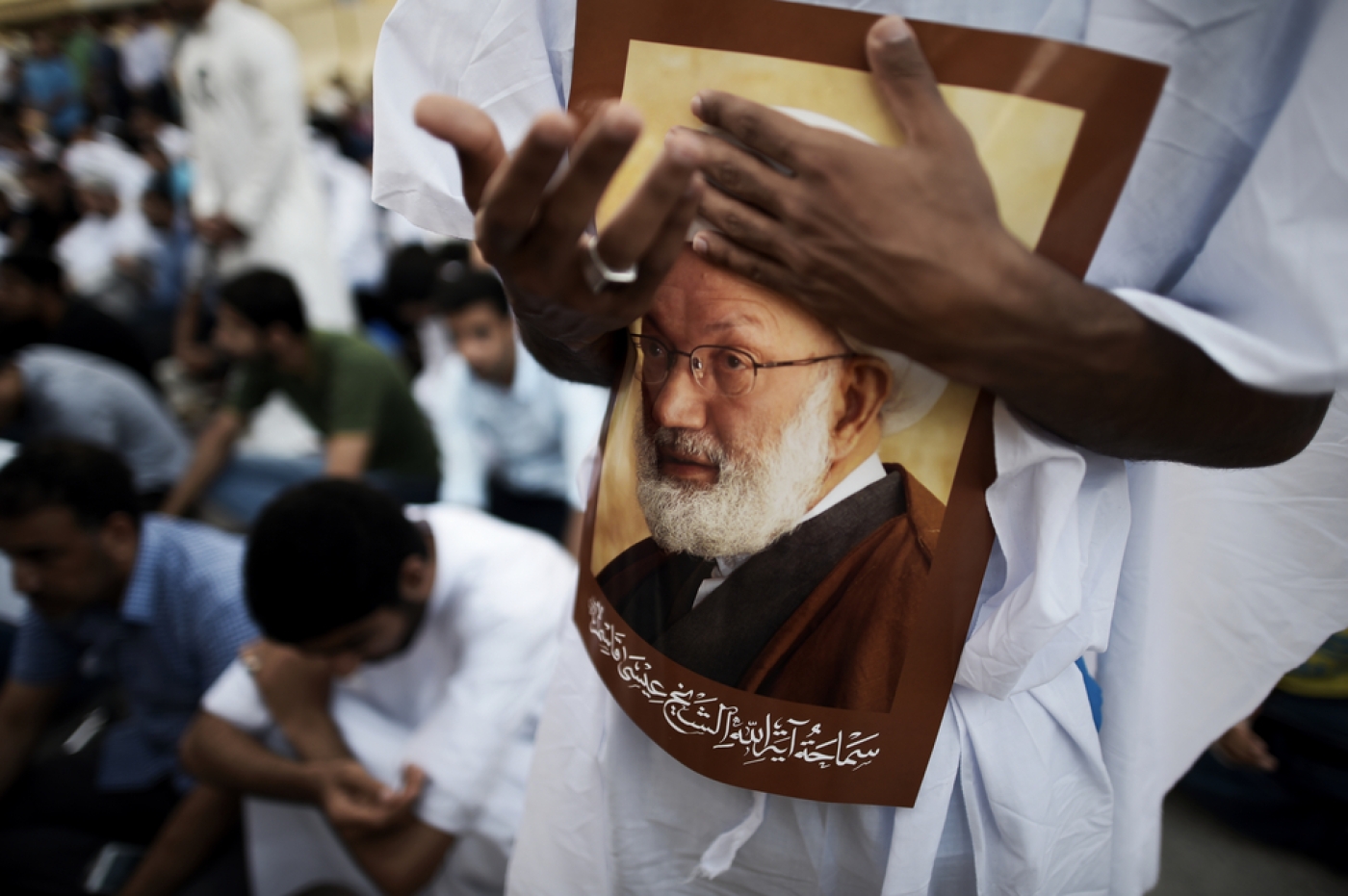 Bahrain has been accused of shutting down internet and mobile coverage in a village beset by anti-government protests, while automated Twitter accounts bombard a popular local hashtag with sectarian, anti-Shia content.

The latest round of demonstrations in Diraz began on 20 June when Bahrain’s government stripped the country’s highest ranking Shia cleric and Dirza resident, Sheikh Isa Qassim, of his citizenship.

Bahraini authorities quickly set up checkpoints around the village, refusing entry to those attempting to enter. The heavy police presence in Diraz also comes amid a wider crackdown that has seen human rights defenders jailed and al-Wefaq, the largest Shia opposition group in Bahrain, banned.

Within three days of Qassim's citizenship being revoked, Dirazis began reporting that internet and mobile phone services in their village were “slow, usually unusable” at night. Customers of the three main internet firms in Diraz – Batelco, Zain and Viva – all reported significantly slowed or nonexistent connections since 23 June.

Ali, a student who lives in the village centre, told Middle East Eye: “Every night, we face internet disruptions and disconnections. First the whole signal is disconnected for a few seconds, then the signal is back but there is not cellular data, no 3G, no 4G.

"My service provider is Batelco, there isn’t 3G. My home Wifi is provided by Zain, it has the exact same problem. In fact, it’s worse. It takes longer to come back [after it’s disconnected].”

Ali said internet “comes back for less than a minute every two or three hours," but that phone calls work normally “with slight disruptions”. But the vast majority of communication in Bahrain – including phone calls and messaging – is done via applications that use data.

Ali said the internet and cell data services are cut at 7.30pm every night as people begin to gather for prayers and Iftar outside Qassim’s home, then returns after morning prayer at about 3am when protesters begin to disperse.

More than a dozen other residents reported similar service disruptions on Batelco, Zain, and Viva, despite no visible change in the cell towers in Diraz. All said everyone they knew in Diraz had been unable to use the internet properly since 23 June.

Many in the village think their internet has been slowed to prevent them from posting pictures and videos of the ongoing demonstrations, which outsiders are no longer allowed to attend.

Activists' posts on Twitter have slowed to a crawl; the hashtags “Diraz”, “Duraz” and “al-Diraz” in Arabic, which for five years have been critical to monitoring and documenting violations by security forces during protests, have been largely absent of content posted locally.

Instead, the hashtags have been dominated by accounts pushing out random, anti-Shia and sectarian commentary and videos – usually the same three videos. The content rarely has any direct connection to Diraz.

Attack of the 'bots'?

Marc Owen Jones, a fellow at the Institute of Political Science at Tuebingen University in Germany and member of the advocacy group Bahrain Watch, said that many of the accounts flooding the Diraz hashtags with hate speech were probably automated Twitter "bots".

Jones confirmed the #Diraz hashtag activity was different than previous disruptions. "Today [July 2] 84 percent of tweets with the Diraz hashtag are probably from automated bots tweeting sectarianism. That's about 7,400 out of 8,900 tweets.”

The apparent bot accounts began tweeting the Diraz hashtag one day after Qassim’s citizenship was stripped and less than 24 hours after thousands of Bahrainis gathered in Diraz to support him.

After two weeks of being largely unable to report what's happening inside Diraz, villagers said the connectivity shortages are an attempt to limit protests.

Ali said: “The main two goals are to stop our news getting out, and our pictures showing the amount of people still gathered. It’s also a collective punishment, to limit participation in the protests.”

'Worse than the Chinese firewall'

Rob Frieden, a professor of telecommunications and law at Penn State University, said that the Bahraini government should be wary of what he called a “sledgehammer to kill a flea” approach to censorship.

“What these people are describing – targeting this village and weakening their internet – is called throttling. It’s dangerous because it doesn't just affect communicating about protests, but also about health, commerce and emergencies. It’s a very poorly calibrated response and punishment of that community.”

Bahrainis in other villages told Middle East Eye that the lack of connectivity inside Diraz had affecting their ability to communicate with relatives. One man living in Janabiyah explained, “I moved away but my grandfather is in Diraz. I can’t get in, he can’t get out, and now he can’t call.”

It’s also affecting students’ ability to complete homework assignments, and business owners who use the Internet to manage operations. One shop in Diraz posted a sign on its window that read: "An announcement to our valued customers: We do not have the card payment service in the evenings because there is no network."

Such acts by government are not unprecedented. In January 2011, Hosni Mubarak’s Egyptian government shut down internet connections as calls for protests mounted on social media networks.

Later that year, public transport authorities in San Francisco, California shut down mobile-internet and phone services ahead of a planned demonstration to protest against the killing of a black man.

However, Frieden said Bahrain’s apparent multi-week attack on communications in Diraz, coupled with the physical barriers restricting access to the village, was rare.

Nevertheless, activists inside Diraz, such as Ali, are persisting in their attempts to contact the wider world.

In a text message received at 9.30am Bahrain time, Ali wrote: “I would like to note that these answers were sent at 8.37am. But due to the data disconnections it wasn’t delivered.”

Neither Zain, Batelco, Viva nor the Ministry of Interior has returned requests for comment.