Bahrain approves use of experimental Covid-19 vaccine for frontline workers 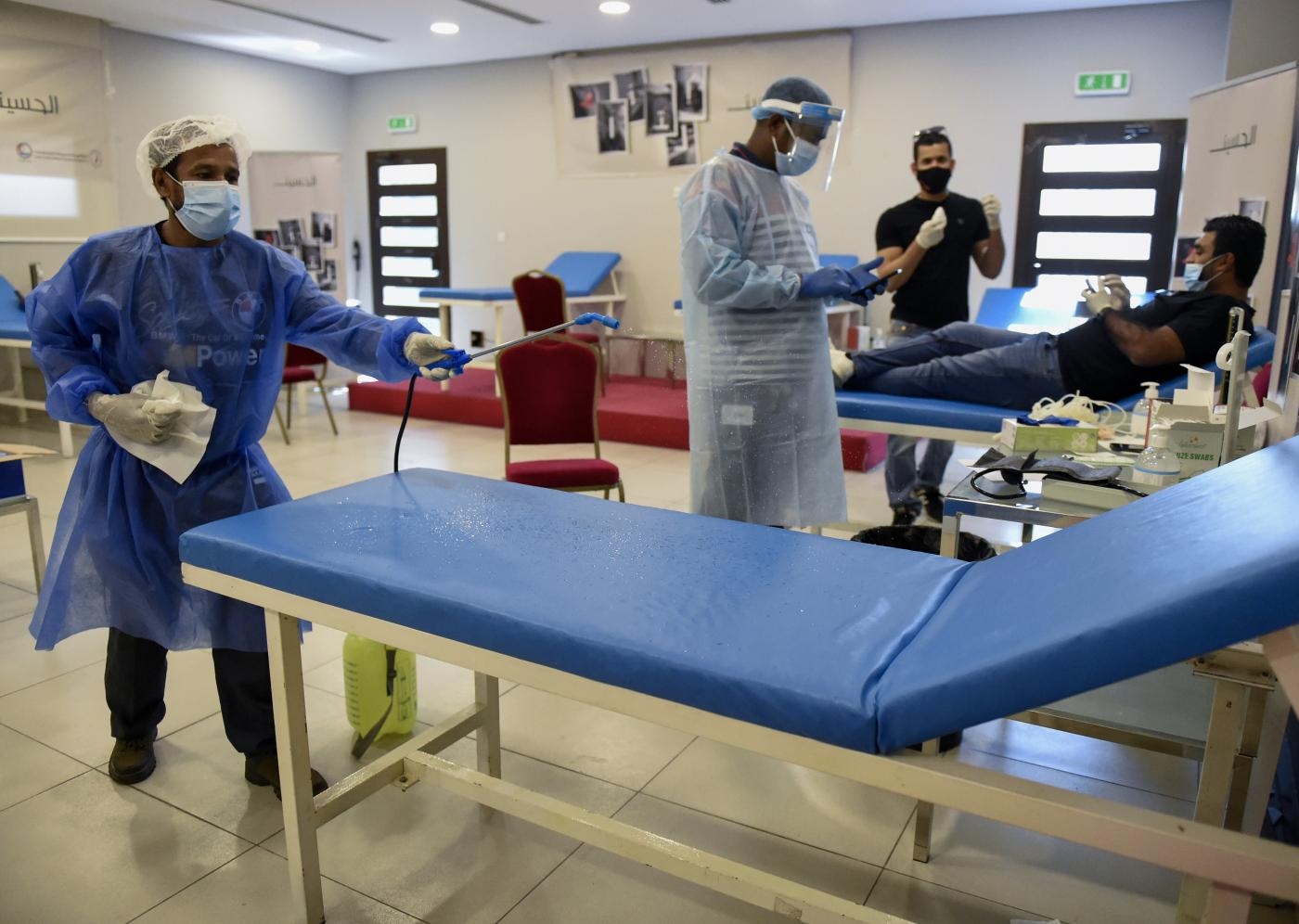 A volunteer disinfects a bed as Muslim Shia mourners give blood as part of Ashura commemorations, in Alnoaim village, a suburb of the Bahraini capital Manama (AFP)
By
MEE and agencies

Bahrain has approved the use of an experimental new Covid-19 vaccine for frontline workers, the state news agency BNA said on Tuesday.

The vaccine, created by a partnership between Sinopharm's China National Biotec Group (CNBG) and Abu Dhabi-based artificial intelligence and cloud computing company Group 42, was approved by the Gulf kingdom's health minister for emergency use.

The vaccine candidate is nearing the end of phase III trials in the United Arab Emirates, Egypt, Bahrain and Jordan.

"The results of phase I and phase II clinical trials showed the vaccine is safe and effective," Bahrain's Health Minister Faeqa bint Saeed Al Saleh said on Tuesday, adding that the use of the vaccine complies with the country's regulations on exceptional licensing in emergency cases.

The UAE in September authorised similar emergency use of the same vaccine for frontline workers at high risk of infection with the new coronavirus.

Around 7,770 people have so far volunteered in the Phase III trials in Bahrain and have received a second dose, the minister added. The phase III trials of the inactivated virus vaccine began in mid-July in the UAE, and were expanded to Bahrain, Egypt and Jordan.

G42 Healthcare CEO Ashish Koshy last month said the vaccine had been administered to more than 31,000 people across those countries.

Several ministers and senior officials have already received the vaccine in both the UAE and Bahrain, including Bahrain's crown prince.

On Tuesday Prime Minister and Vice-President of the UAE and ruler of Dubai Sheikh Mohammed bin Rashid al-Maktoum tweeted a picture of him receiving a shot of a Covid-19 vaccine.

"While receiving the Covid-19 vaccine today. We wish everyone safety and great health, and we are proud of our teams who have worked relentlessly to make the vaccine available in the UAE. The future will always be better in the UAE," he said.