Abduljalil al-Singace, who launched his hunger strike on 8 July, has been imprisoned for a decade over his participation in 2011's protests A Bahraini man walks past portraits of men reportedly detained after attending anti-government protests, displayed behind a mosque in the village of Diraz on 10 July 2015 (AFP/File photo)
By
MEE staff

Activist groups are calling on Bahrain to release a key opposition figure who has been on hunger strike for weeks over his "ill-treatment".

Sixteen organisations - including Amnesty International and the Bahrain Institute for Rights and Democracy (BIRD) - released a statement on Friday urging Bahrain to release Abduljalil al-Singace, who launched his hunger strike on 8 July.

Singace was among 13 anti-government protesters a decade ago who were arrested and convicted on charges that included "setting up terror groups to topple the regime". He was sentenced to life imprisonment.

Singace launched his hunger strike earlier this month "in response to degrading treatment he was subjected to by a prison officer, to protest the restriction of being permitted to call only five numbers during the ongoing Covid-19 pandemic", the groups said in Friday's joint statement.

'It is time for Bahraini authorities to end this petty persecution'

The 59-year-old is also demanding a book he has been working on for at least four years be returned to him. It was confiscated by prison guards on 9 April. Singace, an academic and blogger, has said the book was about linguistic diversity in Bahraini Arabic dialects and had no political content.

In an accompanying statement, BIRD called the confiscation of Singace's book "an unjust punishment", adding "authorities must ensure the protection of his rights, including the return of his intellectual property".

"The confiscation of Dr AlSingace's research is yet another cynical attempt to humiliate a brave leader who refuses to be cowed in the face of abuse," Sayed Ahmed Alwadaei, director of BIRD, said in an email.

"He has now spent a decade in prison for his peaceful resistance to Bahrain’s dictatorship and it is time for Bahraini authorities to end this petty persecution, return Dr AlSingace's book and order his immediate and unconditional release."

'US and UK continue to remain silent'

"To date, he is fully conscious, and his internal organs are healthy and stable," the spokesperson told the news agency on Friday.

The spokesperson said Singace had been repeatedly advised by doctors to end his hunger strike, "until a legal decision is taken regarding his" work, which the government said was confiscated while being smuggled out in breach of prison rules.

Meanwhile, Husain Abdulla, executive director at Americans for Democracy and Human Rights in Bahrain (ADHRB), called on the United States and the UK - both allies of Bahrain - to take action on Singace's case.

"Bahrain's allies in the US and UK continue to remain silent in the face of Dr AlSingace's unlawful imprisonment and the many abuses he has been subjected to. This glaring double standard exposes how shallow their professed commitment to human rights really is," Abdulla said. In 2011, tens of thousands of people poured onto the country's streets, calling for democratic reforms, an end to discrimination against the majority Shia Muslim population and, eventually, the end of the 245-year rule of the Khalifa monarchy.

Bahrain has claimed Iran trained and backed the demonstrators in order to topple the government - an accusation Tehran denies.

The kingdom rejects allegations of human rights violations and denies discriminating against its Shia citizens, but earlier this year, the UN high commissioner for human rights accused Bahrain of being in "violation of international law" over its treatment of prisoners, some of whom are documented to be as young as 13 years old.

Mary Lawlor, the UN's special rapporteur on the situation of human rights defenders, in June called for Singace and two others - Naji Fateel and Abdulhadi al-Khawaja - to be released, citing "very concerning" deteriorations of their health.

Khawaja, who previously served as president of the Bahrain Centre for Human Rights, has been in prison for 10 years, serving a life sentence for "organising and managing a terrorist organisation", among other charges. 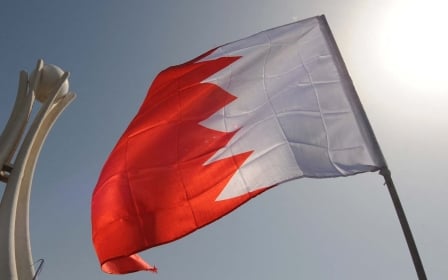 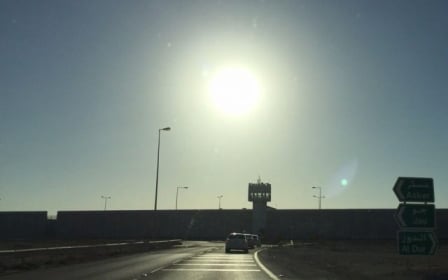