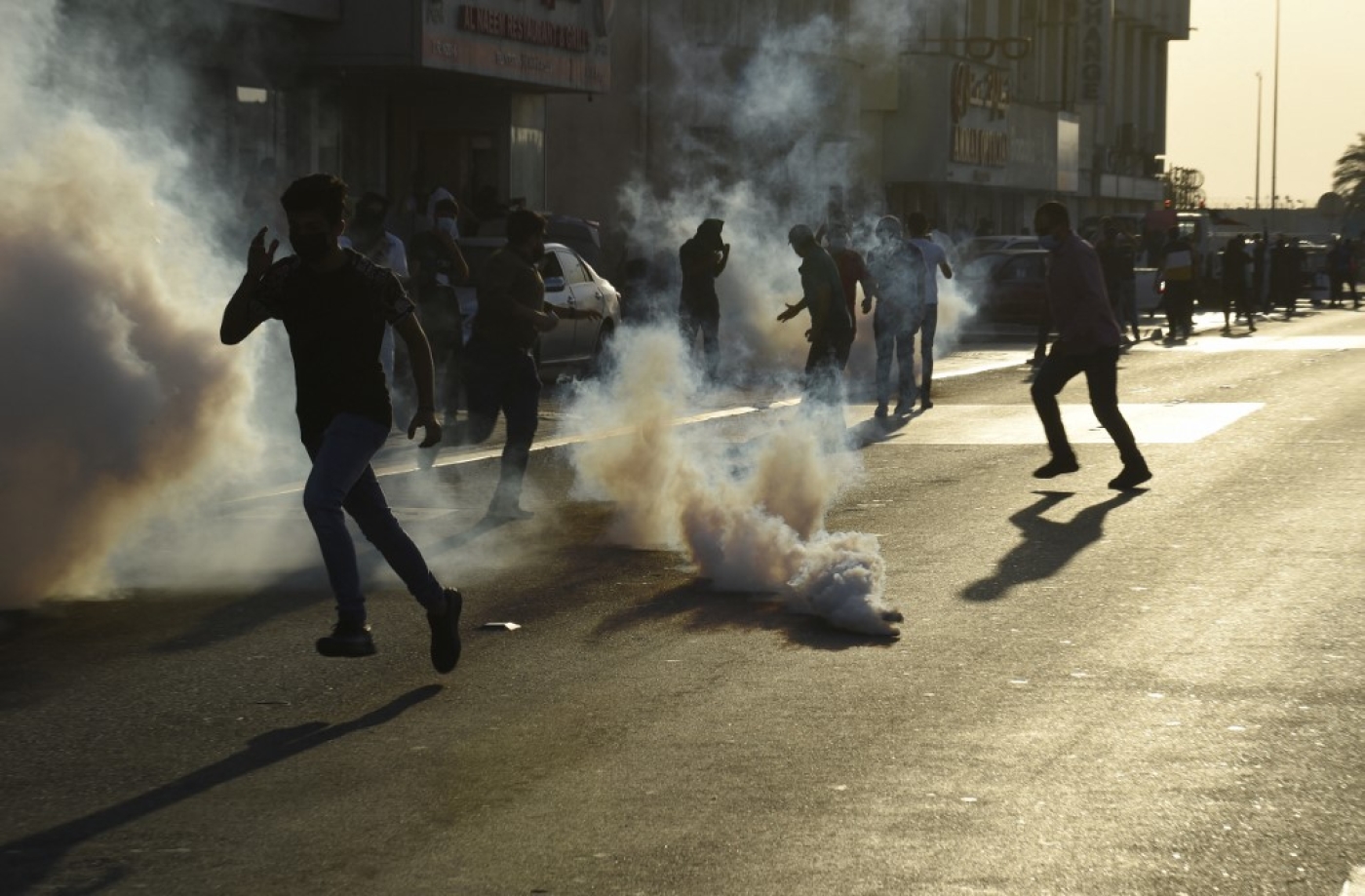 Protesters dodge tear gas canisters amid clashes with the police during an anti-Israel rally in Sitra island, south of the Bahraini capital, on 1 October 2021 (AFP)
By
Mohammad Ayesh

Bahraini security forces faced continuing protests on Saturday over the visit of Israel's Foreign Minister Yair Lapid to Manama, in the latest developments following the kingdom's normalisation of relations with Israel, according to Arabi21. Those opposing normalisation said activists had staged spontaneous protests in Manama and that security forces had suppressed a demonstration on Sitra Island, south of the capital.

The Gulf Coalition to Resist Normalisation issued a statement saying that it rejected Bahraini officials' celebration of Lapid's visit on Thursday, during which he opened Israel's embassy in Manama and held talks with King Hamad Al Khalifa.

The coalition said it saluted the Bahraini people and other civil institutions for rejecting the visit.

The first commercial flight from Manama to Tel Aviv took off after Lapid's arrival.

Morocco is to sue the French newspaper L'Humanité over its coverage of July's Pegasus spyware investigation, which included allegations that Moroccan intelligence spied on French journalists, according to the London-based newspaper Al-Araby Al-Jadeed.

The lawsuit is the second filed by Morocco, after an earlier one against Le Monde, Radio France, Mediapart and Amnesty International over Rabat's alleged use of the Israeli spyware.

Amnesty International, Forbidden Stories and a group of international media organisations alleged that a number of countries had used the spyware in hacks of smartphones belonging to journalists, officials, human rights activists and political leaders.

Morocco was also alleged to have used Pegasus against activists inside the kingdom. Rabat has denied that it used the software.

Dozens of Islamic scholars and organisations have announced a movement calling on regional governments to pressure Egypt to release political prisoners, estimated to number tens of thousands.

Fourteen organisation and 112 clerics have joined the call on "governments supporting human rights and justice and freedom values to move quickly to rescue prisoners of conscience in Egypt", according to Arabic Post. In a joint statement, the statement singled out the governments of Turkey and Qatar, urging them to adopt the cause of detainees in Egypt, and to work to "remove injustice and save their lives".

The scholars said that "the arrest of tens of thousands of opponents of the regime in Egypt from different political backgrounds is a major crime".

They also stressed that "the systematic killings and the death sentences that have been issued in Egypt violate God’s law in every aspect, and contradict justice and humanity from every angle. Their execution is a premeditated murder, which brings down the wrath of God Almighty on the earth".

The scholars, who hail from various Arab and Islamic countries, stressed that "striving to rescue political detainees and release them is a moral and humanitarian duty, just as the peoples of the nation must rise to liberate their prisoners, and rise to end all manifestations of injustice and tyranny".

The government of President Abdel Fattah el-Sisi, in power since 2014, has been condemned by international rights groups for holding at least 60,000 political prisoners in jails.

It is also accused of overseeing a crackdown on Sisi critics from across the political spectrum, with many forcibly disappeared, subjected to extrajudicial killings, or sentenced to death in mass trials that lack due process.

Sisi denies his country has any political prisoners, and justifies the crackdown as part of the fight against terrorism. 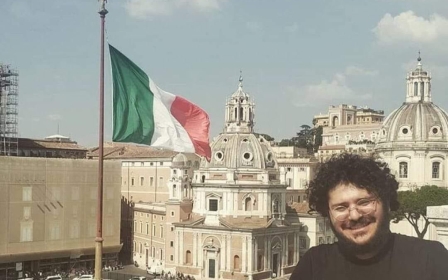