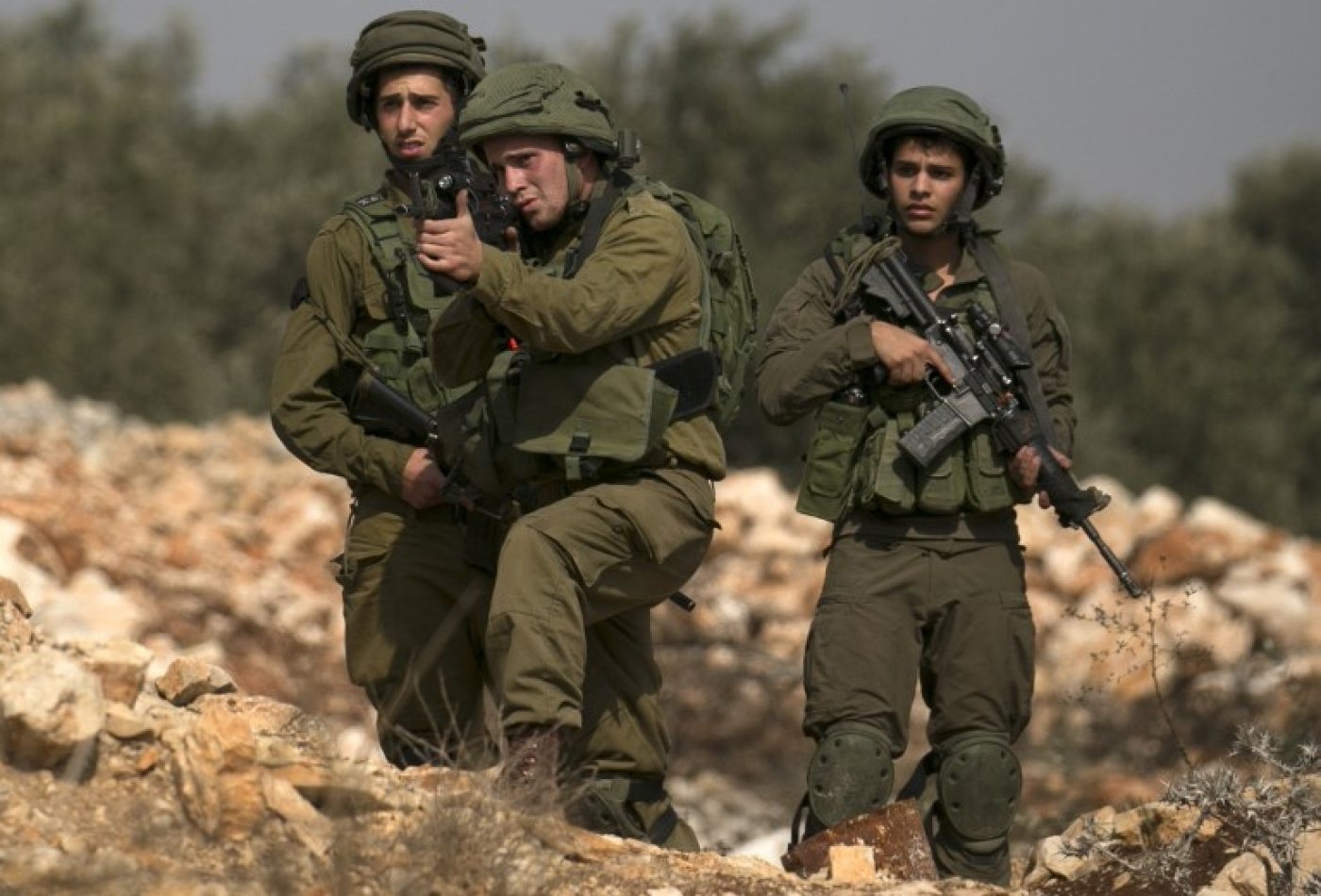 Israeli security forces on patrol following the expropriation of Palestinian land by Israel in the village of Kfar Qaddum, near Nablus in the occupied West Bank, on October 20, 2017 (AFP)
By
MEE staff

The current Lord Balfour has said he has “major reservations” about the consequences of the document bearing his family name which is considered to have indicated British government support for the establishment of a Jewish national home in Palestine.

In an interview with the Sunday Telegraph newspaper, Lord Roderick Balfour, a descendant of the British foreign secretary who signed the Balfour declaration in 1917, said that Israel was failing to recognise the civil and religious rights of Palestinians.

“There is this sentence in the declaration, ‘Nothing shall be done which may prejudice the civil and religious rights of existing non-Jewish communities in Palestine.’ That’s pretty clear. Well, that’s not being adhered to. That has somehow got to be rectified,” said Balfour, who inherited the title of Earl of Balfour in 2003.

“Talking to the more liberal elements of Jewry, they would acknowledge there has to be a greater economic role for the Palestinians.”

However, Balfour also said of the declaration: “It was a great humanitarian gesture. Humanity should be extremely grateful.” 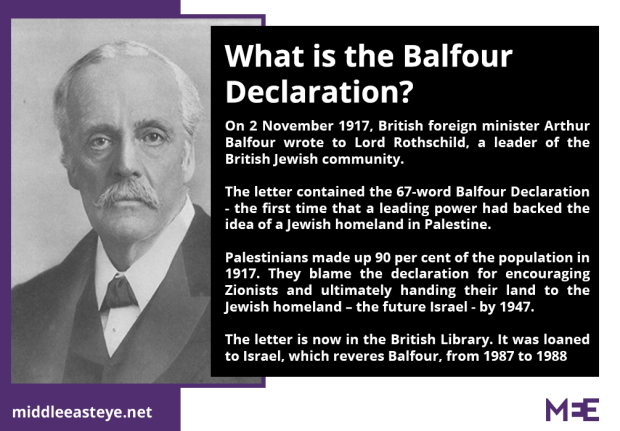 The Balfour declaration, which is dated 2 November 1917, is a letter from Arthur Balfour, the then-British foreign secretary, to Walter Rothschild, the leader of the British Jewish community, in which the British government pledged to “use their best endeavours to facilitate the achievement” of a Jewish national home in Palestine.

Palestine was then part of the Ottoman Empire but subseqently came under British control in 1922 as a consequence of the peace treaties that followed the First World War.

Palestinians consider the document to have paved the way for their forced expulsion from lands claimed by Israel in 1948, and the subsequent illegal occupation of the West Bank.

At a conference earlier this month, Palestinian historian Basheer Nafi said that Arthur Balfour had subsequently expressed misgivings about the consequences of the creation of a Jewish state in letters to George Curzon, his successor as foreign secretary.

"A Jewish government in any form would mean an Arab uprising and the nine-tenth of the population who are not Jews would make a short shrift with the Hebrews," Arthur Balfour wrote, according to Nafi.

Balfour and Rothschild to host dinner

Balfour said that he intended to jointly host a dinner with Lord Jacob Rothschild next month at a government-provided venue to mark the centenary of the document.

Israeli Prime Minister Benjamin Netanyahu and British counterpart Theresa May are also expected to attend. However Jeremy Corbyn, the leader of the opposition Labour Party declined an invitation, the Jewish Chronicle newspaper reported.

Palestinian activists plan to mark the centenary with protests in London on 4 November.

“The centenary of the Balfour Declaration reminds us of Britain’s historic complicity in establishing a process that has led to the dispossession of the Palestinian people,” Palestine Solidarity Campaign director Ben Jamal said in a statement.

"I urge the public to join us on 4 November in calling for Britain to recognise its complicity as well as its responsibilities now, as a key member of the international community, to place meaningful pressure on Israel to end the Occupation, abide by international law and cease its violations of the human rights of Palestinians.” 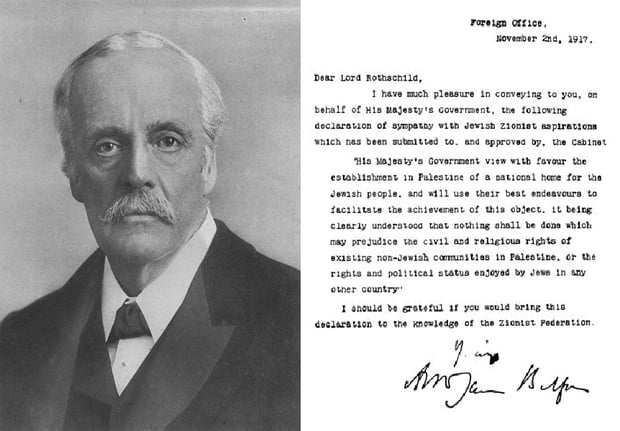 Arthur Balfour, who was also British prime minister between 1902 and 1905, was given a hereditary peerage in 1922, with the title passing to his younger brother in 1930.

The current Earl Balfour is the grandson of Arthur Balfour's nephew and admitted to the Telegraph that growing up he had not been fully aware of his ancestor's legacy in the Middle East, although a copy of the declaration hung in the toilet at his childhood home.

“It was never mentioned by anybody at school, or very much as I grew up,” he said. “At school, everyone said: ‘Are you related to that loser Balfour?’, because he lost the 1906 election [in which Balfour, the Conservative Party leader, lost his own parliamentary seat in a Liberal landslide]. They didn’t know about the declaration.

“But you go to Canada, Argentina, France or anywhere in the [Jewish] diaspora, and they all know about it. This country has less knowledge than anywhere else.” 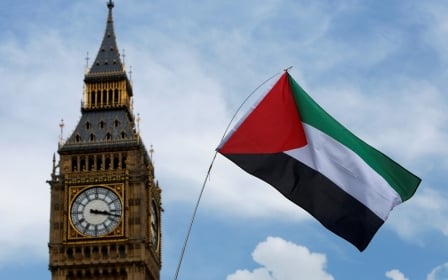 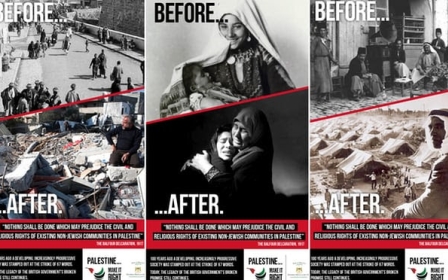 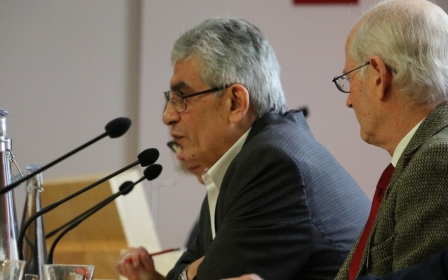