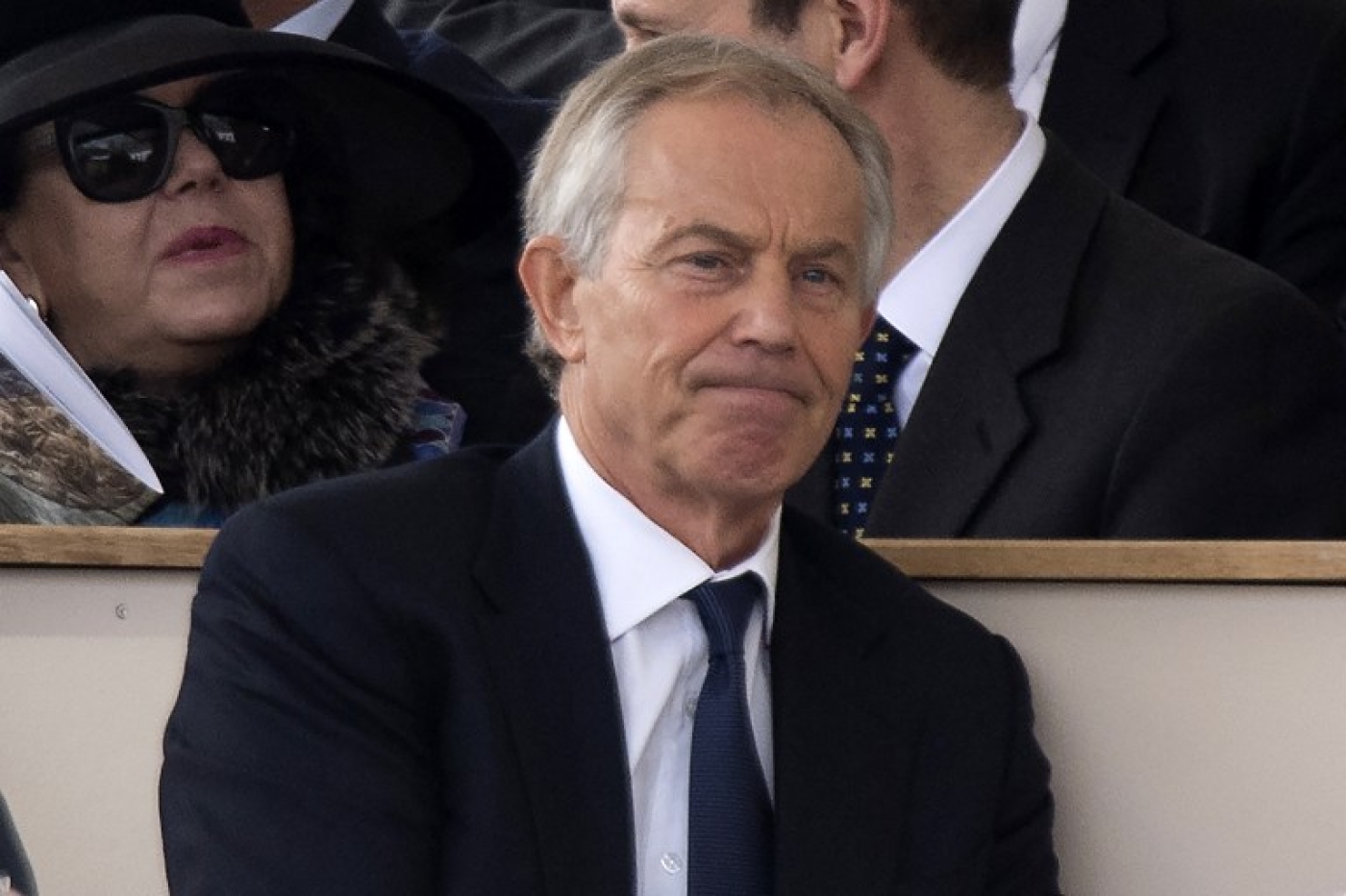 Tony Blair was on Thursday slammed as "disgusting" for attending the opening of a memorial to the British servicemen and women he sent to their deaths in wars in Iraq and Afghanistan.

The former British prime minister was joined by senior royals and politicians at a service in London for the £1m national memorial to hundreds who died in the conflict.

But the tribute was overshadowed by strong criticism from military widows who were not invited, or even informed, about the event.

Rose Gentle, whose son Gordon was killed in Iraq, told Middle East Eye that it was "disgusting" that Blair "would show his face at the memorial" held in memory of servicemen and civilians killed in Iraq and Afghanistan.

"The memorial is a lovely gesture and it's important to have something there for the families who have lost so much," she told MEE.

"But I think it's wrong that so many widows and families of killed servicemen were not invited or told about the memorial being unveiled."

Reg Keys, whose son Tom was killed in Iraq, told MEE that Blair should not have been invited to attend - instead he should have "hung his in head in shame because he is personally responsible for those who were killed in Iraq and Afghanistan".

"It is disgraceful that families of fallen men and women were not invited, but the man responsible for their deaths was."

Keys said: "Blair should have done the honourable thing and not attended, especially in light of the controversy surrounding the findings from the Chilcot Inquiry."

The memorial, near Westminster, was funded by corporate donors and a fundraising campaign created by the Sun newspaper which raised £1m.

Among the corporate donors who helped fund the memorial include BAE systems, a British arms company that has lucrative contracts with numerous Middle eastern monarchies, chief among them being Saudi Arabia.

The Chilcot inquiry which delivered a damning verdict on the former PM and spy chiefs who provided intelligence in the run-up to the war said that Blair took Britain to war on the basis of flawed intelligence.

It criticised the lack of planning by Britain for the aftermath of toppling Saddam Hussein, the report concluded that before the war, "peaceful options for disarmament had been exhausted. "

It also concluded that the threat posed by Saddam's weapons of mass destruction "was not justified" and that "explicit warnings" of the consequences of the invasion were "underestimated."

The war which has tarnished Blair's track record as Prime Minister led to the deaths of 179 British soldiers killed in action.

Other senior dignitaries who joined Blair at the tribute include Sir John Major, David Cameron and current prime minister, Theresa May, along with other senior ministers.

The service attended by Blair was led by the Chaplain of the Fleet, the Venerable Ian Wheatley, who gave thanks to the civilians and military personnel who served in the Gulf region, Iraq and Afghanistan.

"We pray for all who in bereavement, disability and pain continue to suffer the consequences of fighting and terror," he said.

"And we remember with thanksgiving and sorrow those whose lives in wars and conflicts, past and present, have been given and taken away."

Members of the Metropolitan Police choir sang to the hushed parade ground, before readings from the Gospel and prayers led by Air Vice-Marshall, Jonathan Chaffey. Chilcot
From London to Baghdad, the catastrophic invasion that keeps on killing