A police official says that three people were injured in the attack, for which no one has claimed responsibility 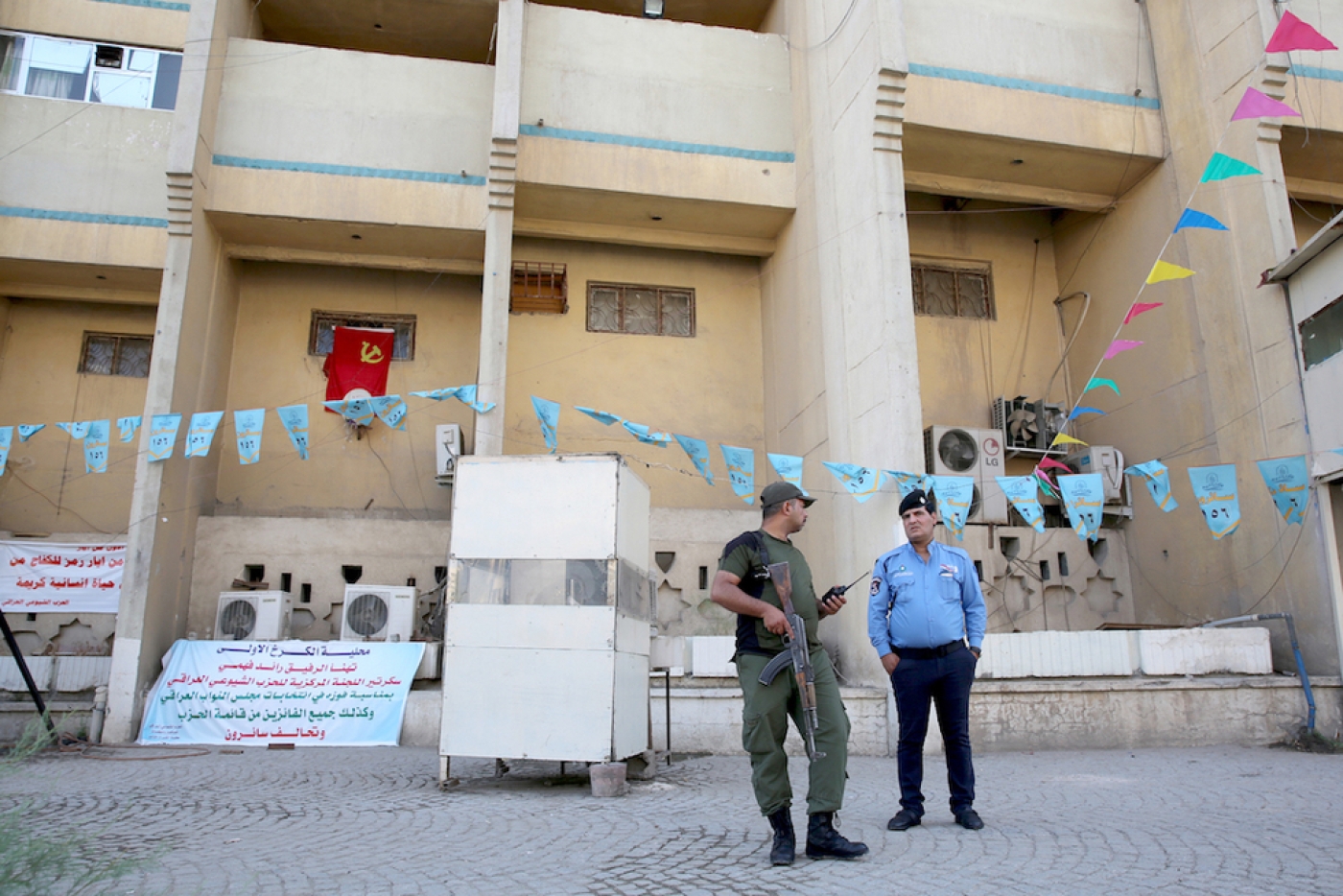 Two homemade bombs targeted the Baghdad headquarters of the Iraqi Communist Party (ICP) on Friday, according to party sources.

Three people were injured after the explosive devices were thrown into the garden of the building, according to a police official.

As part of the Sairoun Alliance with supporters of the Shia cleric Muqtada al-Sadr, the party upended Iraqi politics on 12 May by becoming the biggest coalition in the Iraqi parliament.

Sairoun stood on a platform opposing sectarianism, corruption and American and Iranian influence in Iraq.

In a statement send to Middle East Eye, the party's political bureau said they had been targeted on Friday because of their political programme.

"We have no doubt that this cowardly attack came in response to the role played by the party in the ongoing efforts to form the new federal government on the basis of a political reform program, away from sectarian and ethnic quota-based power sharing," they said.

"It was a shock to the corrupt who are clinging on to power to the extent of committing heinous crimes, to undermine the resolve of those who are demanding reform and change."

No blame has been attributed to the attack although one member of the political bureau suggested to MEE that "deep state" figures were interested in undermining negotiations to form a government.

Although Sairoun came out as the largest party grouping, most registered Iraqis did not vote in the elections and the formation of a governing coalition is likely to take months.

Sadr has aimed to form a coalition with other cross-sectarian parties in Iraq, particularly those without connections to Iran.

The second biggest party grouping in the elections was the Fatah Coalition, which was comprised of supporters of the Iran-backed Hashd al-Shaabi fighters.

Sairoun must attempt to form a government within 90 days of the elections - despite being the largest grouping, it is not guaranteed to lead the government.

While it has reached out to current Prime Minister Haider al-Abadi and a number of other parties, including Kurdish ones, they appear to have specifically excluded the Fatah Coalition and former prime minister Nouri al-Maliki’s State of Law coalition from a possible future alliance. The latter two groupings are the most closely linked to Iran.

Limiting Iranian influence in Iraq has been one of the benchmarks of Sadrist policy. As supporters poured into Baghdad's Tahrir Square to celebrate Sairoun's apparent victory following initial results from the elections, they chanted: "Iran is out, Iraq is free" and "Bye bye Maliki".

Iran has previously warned against Sadr and his allies forming a government in Iraq.

Speaking at an event in February alongside Maliki, arguably the fiercest rival of Sadr, Ali Velayati, chief adviser to Iran's Supreme Leader Ali Khamenei, warned that "the Islamic awakening will not allow the return of communists and liberals to power".