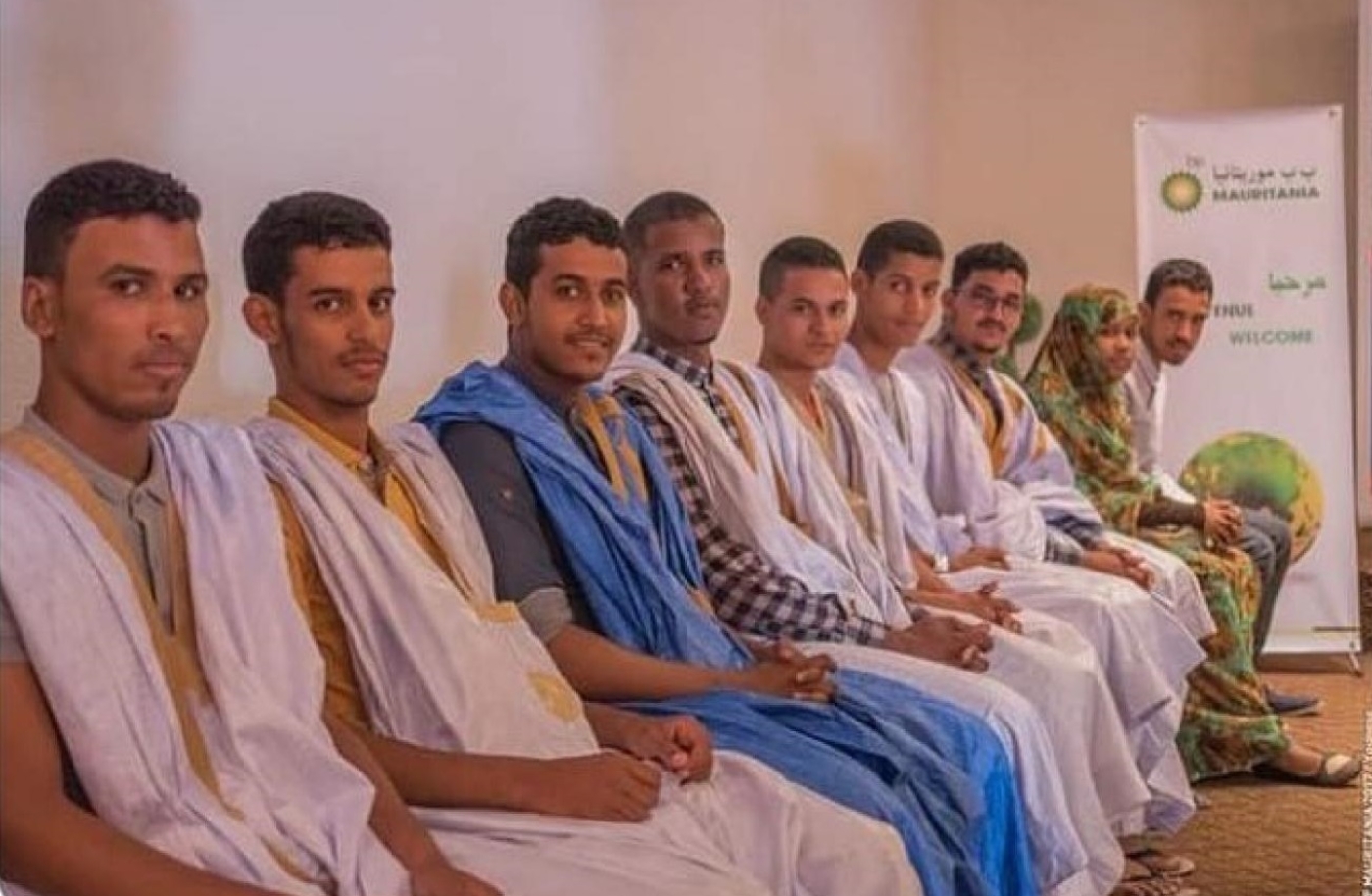 Just two of the scholarship recipients were women (Social media)
By
Amandla Thomas-Johnson
in
Dakar, Senegal

BP has been accused of contributing to "state racism" in Mauritania after awarding at least nine out of ten study abroad scholarships to students drawn from the country’s minority Arab-Berber group, with none appearing to go to the majority black population.

The London-based oil giant, which has stepped up its investments in the West African country in recent years, also came under fire for the few women awarded the scholarship. However, it insists the students were chosen on merit.

The controversy, which erupted online after BP posted a photo of the recipients, has added to an ongoing debate about diversity in a country where racism and slavery persist, with Mauritanians pointing to governmental discrimination as a factor.

BP made the announcement last Tuesday, posting a photo to Twitter and Facebook showing nine of the 10 students sitting in traditional garb.

“We are happy to announce that we have sponsored 10 Mauritanian students for a four-year baccalaureate in France, Tunisia and Morocco!” a short message read. “Congratulations to them, we wish you a lot of success.”

One Twitter user posted a picture of Mauritania’s multi-ethnic football squad for the 2020 Under-20 Arab Cup beside the BP photo. “This is Mauritania,” the tweet said in French, referring to the first image.

“But for BP and others, we blacks are not Mauritanian.”

One Facebook user, writing under the name Malkom Xamsa Fall, wrote: “Thank you BP for your contribution to state racism in Mauritania.”

Speaking to Middle East Eye, some Mauritanians blamed the government, which has been dominated by Arab-Berbers since independence in 1960.

Speaking from Nouakchott, the nation's capital, Marieme Mbaye, a student, said: “The government wants to eliminate the other communities by giving all the positions of responsibility to a single community, which do not represent the majority of people.”

Speaking from France, Koundou Soumare, a 41-year-old Mauritanian blogger, said: “There is an unequal educational system at the grassroots level and a system of nepotism based on your social and family networks that benefits some to the detriment of others. Mauritanian authorities must urgently grant equal opportunities for all citizens without distinction of race or community.”

Middle East Eye has asked the Mauritanian government for comment.

'Thank you BP for your contribution to state racism in Mauritania'

An estimated 70 percent of Mauritanians are black. Yet Arab-Berbers, who make up just 30 percent of the population, dominate every sphere of society - from government, to business, to religious leadership.

Among the black population, Haratins, the Arab-speaking descendants of black slaves that were once owned - and in some cases still are owned - by Arab-Berbers, make up 40 percent of the population. Others belong to a number of black African ethnic groups.

Aggressive "Arabisation" policies enacted since Mauritania won independence from France have solidified the Arab-Berber hold on power, to the detriment of other groups, while the country projects an exclusively Arab image abroad.

BP have hit back, telling MEE that students were chosen on merit rather than based on race or ethnicity.

“For BP, equal opportunity is a matter of fairness, respect and dignity,” the oil company said in a statement. “Everywhere we work, BP ensures its decisions are based on merit - not on race, colour, national origin, religion, gender and others.”

The initiative, BP said, was based on a partnership with the Ecole Superieure Polytechnique, an elite engineering school based in Nouakchott, with the students taking up scholarships to study at universities in Tunisia, Morocco and France.

'For BP, equal opportunity is a matter of fairness, respect and dignity'

The partnership was struck in order to “develop the talent pipeline” for Mauritania’s fledgling oil and gas industry, BP said, adding that two recipients were women but that only one was able to take part in the photograph released online.

The announcement of the scholarships came in the same week that BP agreed to buy all the liquefied natural gas from Greater Tortue Ahmeyim, an offshore gas field it is exploiting in waters belonging to Mauritania and Senegal that the company estimates could yield more than 15 trillion cubic feet of recoverable gas.

The field is among a series of lucrative finds made off Mauritania’s Atlantic coast in recent years, which look set to transform the country’s economy.

The Senegalese portion lies within the Saint-Louis Offshore Profond block, the subject of a BBC investigation last year that alleged BP had agreed to pay Frank Timis, an Australian-Romanian businessman, up to $10bn for a stake in the coveted gas field, raising concerns the London-based company had engaged in corruption. BP denied the claims.

In a statement, the Mauritanian Network for Human Rights, said it was prepared to launch legal action against BP if it did not “take into account the ethnic diversity of Mauritania” when recruiting.

“Until now, foreign companies had been particularly distinguished by their efforts to take into account the country's ethnic diversity in their recruitment, unlike the Mauritanian authorities,” the US-based organisation said.

“Mauritanian Network for Human Rights calls on BP Mauritania to immediately review the selection criteria for sponsored students and to take into account the ethnic diversity of Mauritania in the recruitment of all its staff throughout the country," it added.

“Our organisation is also considering further legal action if no measures are taken by BP to ensure transparency in its future recruitment.” 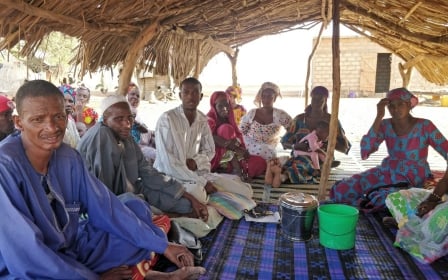