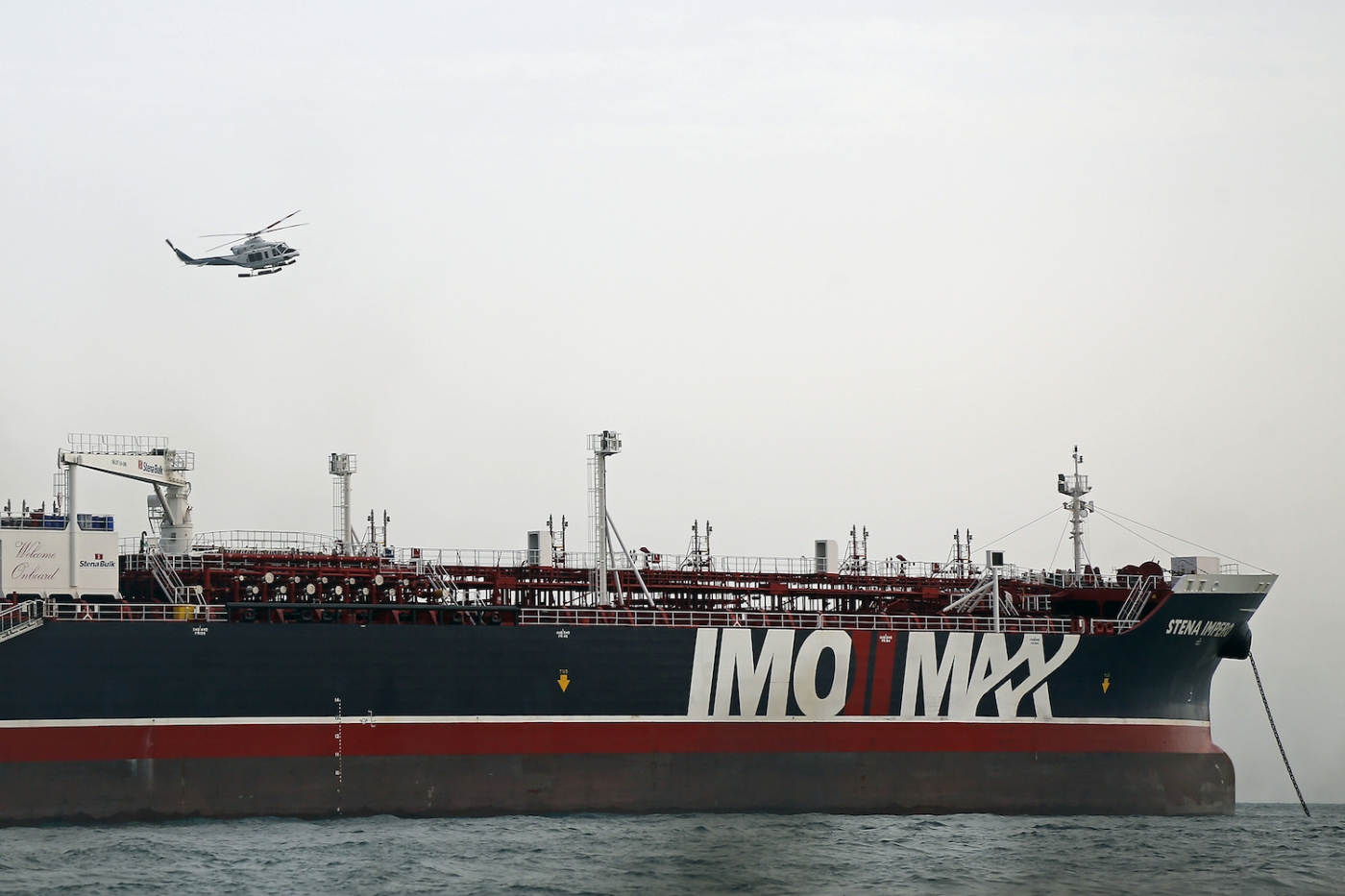 Britain's new foreign secretary has rejected the idea that it could release an Iranian tanker in exchange for a British-flagged vessel commandeered by Iran in the Gulf.

Tensions have spiked between the two countries after Iranian commandos seized the Stena Impero oil tanker in Strait of Hormuz earlier this month.

That came two weeks after British forces captured an Iranian oil tanker near Gibraltar, accused it of violating sanctions on Syria.

In a separate interview with the UK's Sky News, Raab said that if Iran wants to "come out of the dark" then it must release the British-flagged vessel.

Iran's elite Revolutionary Guards published footage on Monday purportedly showing the Guards warning off a British warship during their seizure of the British-flagged oil tanker on 19 July.

The video, published by the semi-official Tasnim news agency, contains footage of the capture of the Stena Impero, showing Guards abseiling onto the deck from a helicopter, with the audio recording superimposed.

"You are required not to interfere in these issues," the Guards' navy representative says.

"This is British warship foxtrot two three six. I am in the vicinity of an internationally recognised strait with a merchant vessel in my vicinity conducting transit passage," a voice with a British accent replies.

The video also contains an exchange between the Guards and the same British warship during a stand-off in mid-July involving the British Heritage oil tanker, according to Tasnim.

Three Iranian vessels attempted to block the passage of the Heritage through the Strait of Hormuz, but withdrew after warnings from a British warship, the UK government said on 11 July.

Britain last week started sending a warship to accompany all British-flagged vessels through the Strait of Hormuz, a change in policy announced on Thursday after the government previously said it did not have resources to do so.

South Korea plans to join a US-led maritime force in the Middle East by sending a naval unit, which includes a destroyer, to help guard oil tankers sailing through the Strait of Hormuz, a South Korean newspaper reported on Monday.

Tensions between Iran and the United States have increased since Washington pulled out of the Iranian nuclear deal last year and reimposed sanctions on Tehran. The Maekyung business newspaper, citing an unidentified senior government official, said South Korea had decided to send the anti-piracy Cheonghae unit operating in waters off Somalia, possibly along with helicopters.

Seoul's defence ministry said the government was exploring measures to protect its ships in the area but no decision had been made, the Reuters news agency reported.

"It is obvious that we have to protect our ships passing through the Strait of Hormuz, isn't it? So we're considering various possibilities," deputy ministry spokesman Ro Jae-cheon told a regular news briefing on Monday.

US Secretary of State Mike Pompeo said last week that Washington had asked South Korea, Japan, France, the UK, Germany, Australia and others to take part.

US National Security Adviser John Bolton visited Seoul last week and discussed the issue with senior officials, including the defence minister, but Ro said there was no official request made during that meeting.

The Cheonghae unit has been stationed in the Gulf of Aden since 2009, working to tackle piracy in partnership with African countries as well as the US and the European Union.