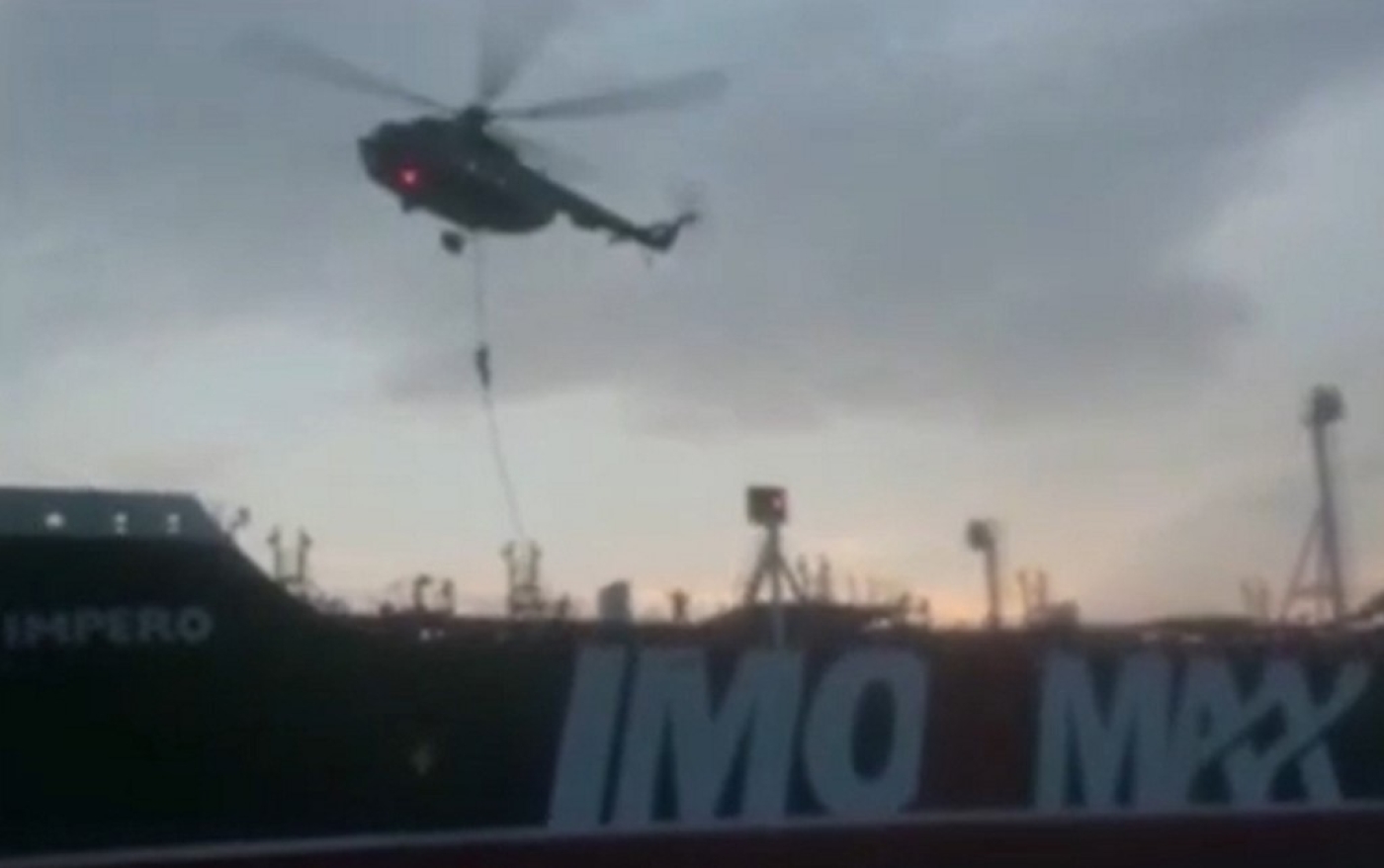 Iran said it is ready to "tackle any threats" and urged the British government to contain "domestic political forces" intent on escalating tensions between the two countries after Iran's seizure of a UK flagged oil tanker.

Since the incident, Britain has described Iran's capture of the Stena Impero in the Gulf on Friday as a "hostile act" and rejected Tehran's explanation that it seized the vessel because it had been involved in an accident.

Iran's envoy to Britain, Hamid Baeidinejad, on Twitter reached out to his British counterparts and urged them to contain "escalating tensions between Iran and the UK well beyond the issue of ships".

"UK government should contain those domestic political forces who want to escalate existing tension between Iran and the UK well beyond the issue of ships," Baeidinejad said on Sunday.

"This is quite dangerous and unwise at a sensitive time in the region. Iran however is firm and ready for different scenarios."

The crew of the tanker seized by Iran's Revolutionary Guard are all safe, the head of the Ports and Maritime Organisation in Hormozgan Province told state TV on Sunday.

"All 23 crew members aboard the ship are safe and in good health in Bandar Abbas port," Allahmorad Afifipour said.

Britain said it was considering the introduction of further sanctions in response to the seizure of the UK-flagged oil tanker.

London could push for UN and European Union sanctions to be reimposed on Iran after they had been listed in 2016 following a deal on Iran's nuclear programme.

Tehran said that it would close the Strait of Hormuz if it is prevented from exporting oil because of sanctions. Iran, however, cannot legally close off the strait as part of the waterway is in Oman's territorial waters.

Muscat on Sunday urged Iran to release the Stena Impero, calling on all parties to exercise restraint and resolve differences diplomatically, according to local news agencies.

Ships using the strait also pass through Iranian waters, which are under the responsibility of the Iran's Revolutionary Guards' navy.

"Iran is displaying its power without entering a military confrontation. This is the result of America's mounting pressure on Iran,” said an Iranian official, who asked not to be identified.