Calm returns to Iraq's Basra after week of violent protests

Troops sent from Baghdad have reinforced police numbers, while government offices and markets reopened after a quiet night. 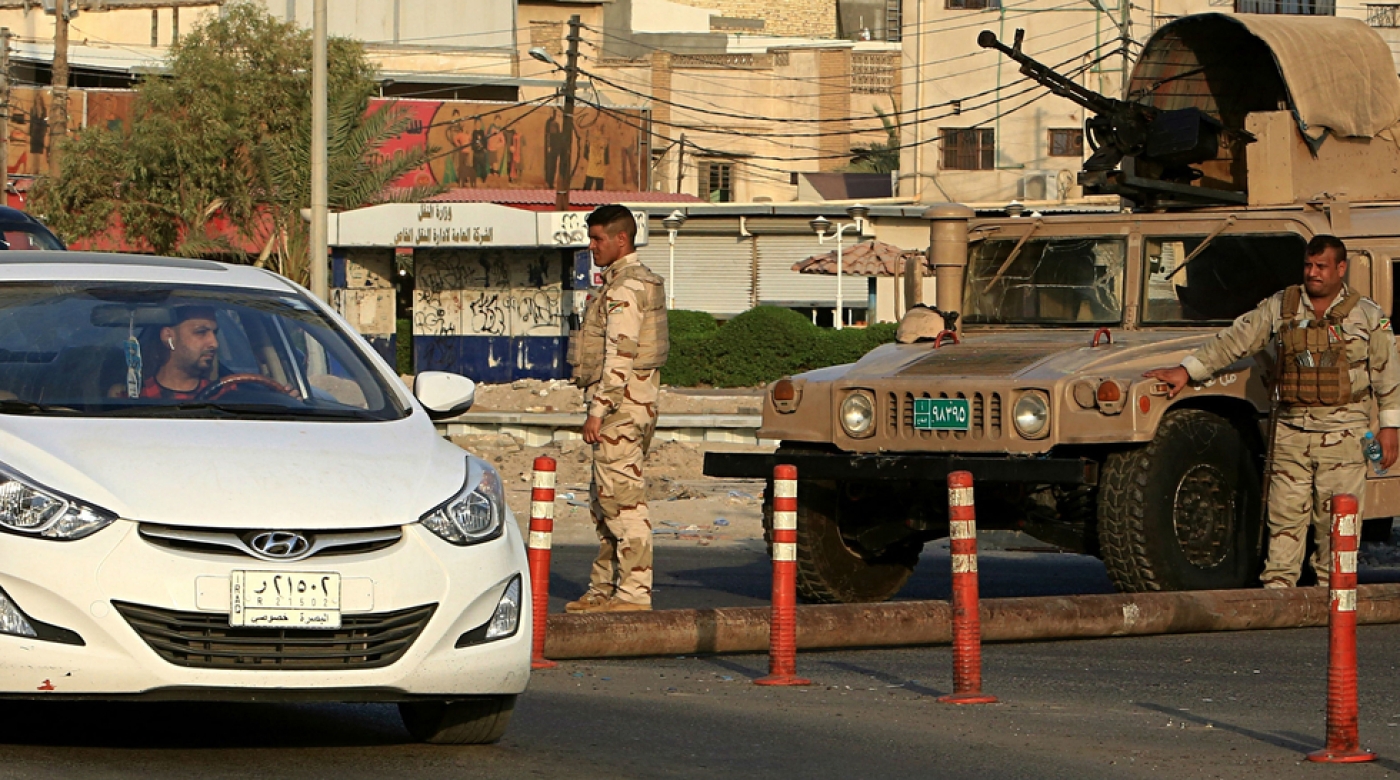 Government troops in combat fatigues deployed in the city, setting up checkpoints (AP)
By
MEE

Iraq's southern city of Basra appears to have returned to a sense of calm after a week of violent protests over unemployment and poor public services that left at least 12 people dead and threatened stability in the oil-rich region.

Troops sent from Baghdad have reinforced police forces, and government offices and markets reopened on Sunday after a quiet night.

Municipality workers were out in force cleaning up the streets and carting away debris from the clashes, AP news agency reported.

Basra has been rocked by protests since Tuesday after the hospitalisation of 30,000 people who had drunk polluted water in the southern oil-rich region, where residents have for weeks complained of water and electricity shortages, corruption among officials and unemployment.

Many blame their woes on neighboring Iran's outsized influence on Iraqi politics and are calling for radical change.

On Saturday, a spokesman for an alliance of powerful Shia militias, many of them backed by Iran, vowed to respond against "those who are carrying out acts of arson and sabotage".

The local commander, known as Abu Yasser al-Jaafari, said the lack of response thus far should not be taken as a sign of weakness.

Hours later, masked government troops in combat fatigues deployed in the city, setting up checkpoints and riding through the city centre in black pick-up trucks with heavy weapons mounted in the back. Security forces in Humvees deployed at intersections.

The militias accuse them of colluding with the US, which has long worked to curb Iranian influence in Iraq, allegations denied by the activists.

"We'll suspend protests now to spare blood, and we'll return with a new approach," he said. "We will not give up until our demands are met."

Demonstrator Edward Maki Shaker told Middle East Eye that security forces beat him on the head on Wednesday while he protested in Basra and that he was "almost bursting from the pain".

He said he had been afraid to go to the hospital as "mercenaries" linked to political parties were waiting for them to arrive.

He alleged that members of the powerful Shia militias, including the Badr Organisation - also a political party - had been involved in suppressing the protests, which he said were a "revolution".

"We are governed by a group of criminals," he said.

Iraq is still without a new government nearly four months after national elections in which no party won a majority.

Each of the rival parliamentary blocs, one seen as friendlier to the US and the other closely allied with Iran, claims to have assembled a governing coalition.

Prime Minister Haider al-Abadi and Basra's governor Asaad al-Eidani, who is also parliament speaker, traded blame for the crisis at an emergency session of parliament met on Saturday.

Shia cleric Muqtada al-Sadr, who had entered an alliance with Abadi following the elections, called on Saturday for the premier to resign.

"We demand the government apologise to the people and resign immediately," said Hassan al-Aqouli, spokesman for Sadr's list, which won the most seats in May's poll.

Basra, once known as the "Venice of the East" because of its freshwater canals, has been hit by an acute water crisis, including rising pollution and salt water levels.

The city, where temperatures often approach 50 degrees Celsius during the summer, has also been crippled by electricity shortages.

Iraq's government has scrambled to meet the growing demand for public services and jobs, but has been hindered by years of endemic corruption and a financial crisis fueled by diminished oil revenues and the costly war against the Islamic State.

Basra is Iraq's second-largest province and home to about 70 percent of the country's proven oil reserves of 153bn barrels.