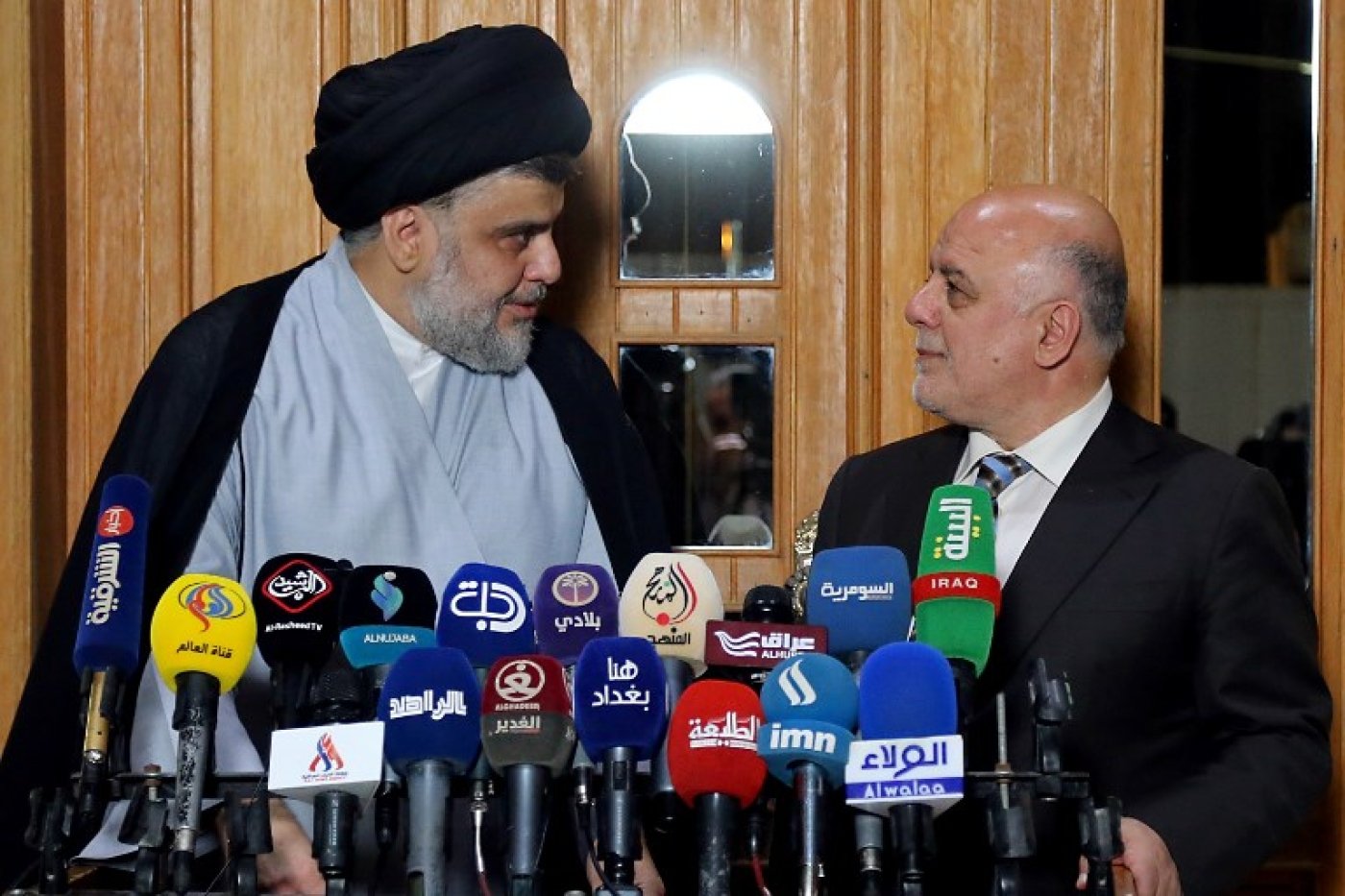 Trying to hold onto his post in the next government, Abadi, right, had formed an alliance with Sadr, left (AFP)
By
MEE and agencies

Shia cleric Muqtada al-Sadr, who had entered an alliance with Iraq's Prime Minister Haider al-Abadi following elections earlier this year, has called upon the premier to resign as deadly protests in the southern city of Basra worsen.

"We demand the government apologise to the people and resign immediately," said Hassan al-Aqouli, spokesman for Sadr's list, which won the most seats in May's poll.

The call came as parliament met on Saturday for an emergency session to discuss the crisis in public services in the city after 12 protesters were killed this week, the Iranian consulate torched and its airport hit by rockets.

The meeting was originally demanded by Sadr, whose political bloc won the largest number of seats in May elections although a new government has yet to be formed.

Sadr had called on politicians to present "radical and immediate" solutions at Saturday's session or step down.

On Friday, Iraq's most senior Shia cleric, Ayatollah Ali al-Sistani, called for a government to be urgently formed to resolve the crisis in Basra.

Abadi described the unrest as "political sabotage" as he joined the session along with several ministers, charging that "the question of public services" was being exploited for political ends.

His government has announced the allocation of an unspecified amount of extra funds for Basra, although demonstrators say that billions of dollars in emergency funding pledged in July has failed to materialise.

In a session attended by 172 deputies in the 329-seat house, Abadi traded barbs with Basra's governor, Asaad al-Eidani, who is also parliament speaker.

Iraqi officials have imposed a curfew on Basra starting at 4pm (1pm GMT) on Saturday, a military statement said.

Since Tuesday, demonstrators in Basra have set ablaze government buildings, the Iranian consulate and the offices of pro-Tehran militias and political parties.

The anger flared after the hospitalisation of 30,000 people who had drunk polluted water, in an oil-rich region where residents have for weeks complained of water and electricity shortages, corruption among officials and unemployment.

At least 12 demonstrators have been killed and 50 wounded in clashes with security forces, according to the interior ministry.

Staff at the airport, which is located near the US consulate in Basra, said flights were not affected.

The attack came after a day of rage in the southern city, where hundreds of protesters stormed the fortified Iranian consulate, causing no casualties but sparking condemnation.

Abadi said he had instructed security forces to "act decisively against the acts of vandalism that accompanied the demonstrations".

Iraq's Joint Operations Command, which includes the army and police, vowed a "severe" response with "exceptional security measures", including a ban on protests and group travel.

The foreign ministry called the attack on the consulate "an unacceptable act undermining the interests of Iraq and its international relations".

A spokesman for the consulate said that all diplomats and staff had been evacuated from the building before the protesters attacked, and that nobody was hurt.

Iran's ambassador to Iraq, Iraj Masjedi, said the consulate was "totally demolished" and charged that "foreign agents close to the US, Zionists and some Arab countries are trying to sabotage Iran-Iraq relations", Iran's ILNA news agency reported.

The wave of protests first broke out in Basra in July before spreading to other parts of the country, with demonstrators condemning corruption among Iraqi officials and demanding jobs.

Since then, at least 27 people have been killed nationwide.

"We're thirsty, we're hungry, we are sick and abandoned," protester Ali Hussein told the AFP news agency on Friday in Basra after another night of violence.

"Demonstrating is a sacred duty and all honest people ought to join."

The anger on Basra's streets was "in response to the government's intentional policy of neglect", the head of the region's human rights council Mehdi al-Tamimi said.

Iraq has been struggling to rebuild its infrastructure and economy after decades of bloody conflicts, including an eight-year war with Iran in the 1980s, the US-led invasion of 2003 and the battle against the Islamic State group.

In August, the oil ministry announced that crude exports for August had hit their highest monthly figure this year, with nearly 112 million barrels of oil bringing $7.7bn to state coffers.

Iraq, however, suffers from persistent corruption and many Iraqis complain that the country's oil wealth is unfairly distributed.

Two months ago, Abadi pledged a multi-billion dollar emergency plan to revive infrastructure and services in southern Iraq, one of the country's most marginalised regions.

Trying to hold onto his post in the next government, Abadi had formed an alliance with Sadr, a former militia chief who has called for Iraq to have greater political independence from both neighbouring Iran and the United States. 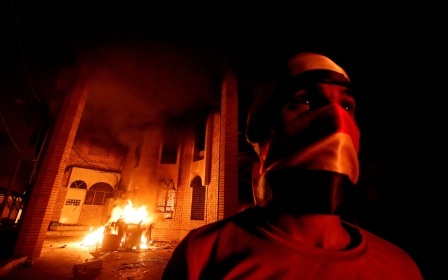