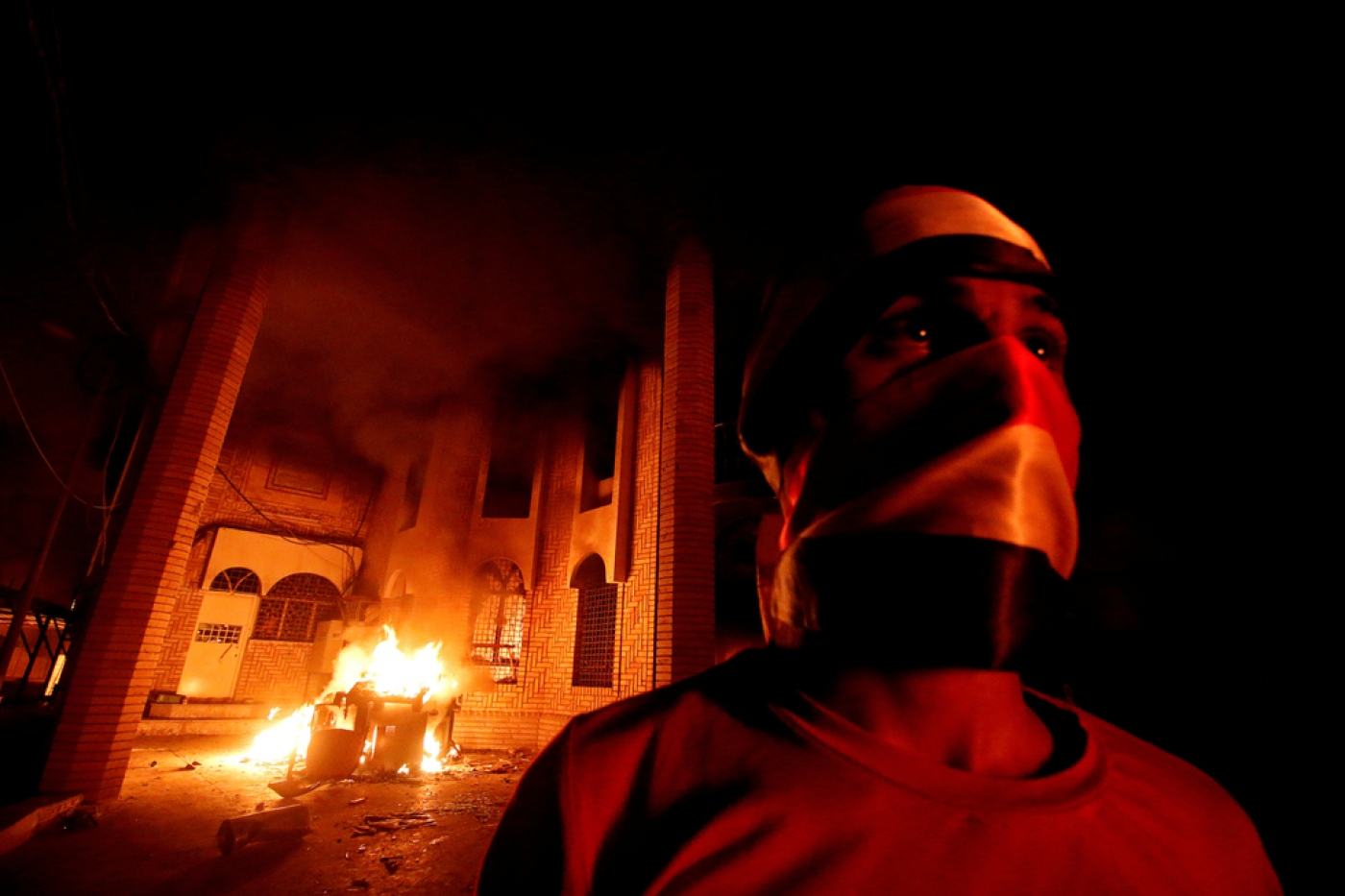 Iraq's most senior Shia cleric has called for a government to be urgently formed to resolve the crisis in Basra, which has seen 10 people killed and local governmental and political party offices torched in the last week.

Protestors stormed the Iranian consulate on Friday and set fire to the outer perimeter of the compound, shouting condemnation of Iranian influence over Iraq's political parties.

In a statement released through a representative during a sermon on Friday, Ali Sistani warned that the protests in Basra would continue as long as politicians failed to address the concerns of demonstrators over contaminated water, corruption and power cuts.

He said the "failure of Iraqi politicians over the past years is what caused the anger of the people in Basra, so this time a government must be formed by new standards based on technocrats".

We have done a good job of expelling the parties from the city, but the situation is worrying

"Our delegation to Basra found that the water problem in the city is simple to solve and does not cost much money, but the failed officials are responsible for the crisis."

Parliamentarians are set to attend a special session on Saturday to tackle the crisis, which has been a major headache since protests first began in July.

Although parliament met for the first time on Monday following the ratification of the 12 May election results, MPs failed to elect a speaker, and the next session has been officially scheduled for 15 September.

Muqtada al-Sadr, a Shia cleric whose Sairoun Alliance is the largest party in the parliament, said on Thursday that it was imperative that government officials and Prime Minister Haider al-Abadi attend the emergency session or resign.

"We will be uncompromising and you have been warned, be ready," said the cleric, who has spent the last year pushing an anti-corruption campaign.

Abadi said in a statement shortly after that he was willing to attend.

On Thursday, three protesters died and another 14 were wounded as hundreds of demonstrators torched the offices of a powerful Shia militia, Asaib Ahl al-Haq, and those of political party the Hikma Movement about 100km north of Basra.

Demonstrators also targeted the offices of the state-run Iraqiya TV and burned headquarters of the ruling Dawa Party, the Supreme Islamic Council and the Badr Organisation.

Three mortar shells also struck the Green Zone in Baghdad, which houses Iraqi authorities and the US embassy, early on Friday morning, the head of security for the capital said. No casualties were reported.

One protester was killed and 25 were injured on Wednesday evening when demonstrators shut down Iraq's main sea port of Umm Qasr, on the border with Kuwait. As a largely landlocked country, Iraq is reliant on the port for grain and other imported commodities.

As of Friday afternoon, the port remained closed, local officials and security sources said. But Iraq's oil exports, which are carried out from offshore platforms, were reportedly unaffected.

So far, 10 people have been killed in protests this week, bringing the death toll since the demonstrations began in July to 24.

Abadi has launched an investigation into the protest deaths and instructed security forces not to use live ammunition, but the death toll continues to mount.

'This is the street'

One of the demonstrators, Edward Maki Shaker, told Middle East Eye on Friday that the weekend's parliamentary session would be a waste of time.

He also criticised what he saw as Sadr's attempts to portray himself as the voice of the street over the demonstrations.

"This is the street - now everyone wants to become the leader of the reform," he said. "There is no reform leader and we deny this because the people have faced poverty and oppression for 16 years."

"We have done a good job of expelling the parties from the city, but the situation is worrying," he said.

A curfew from 10.30pm (19.30 GMT) was announced by Basra security officials on Thursday evening.

One Iraqi security official in Basra told Reuters they were struggling to cope with the demonstrations, and that they were "still waiting for orders from the state's highest authorities".