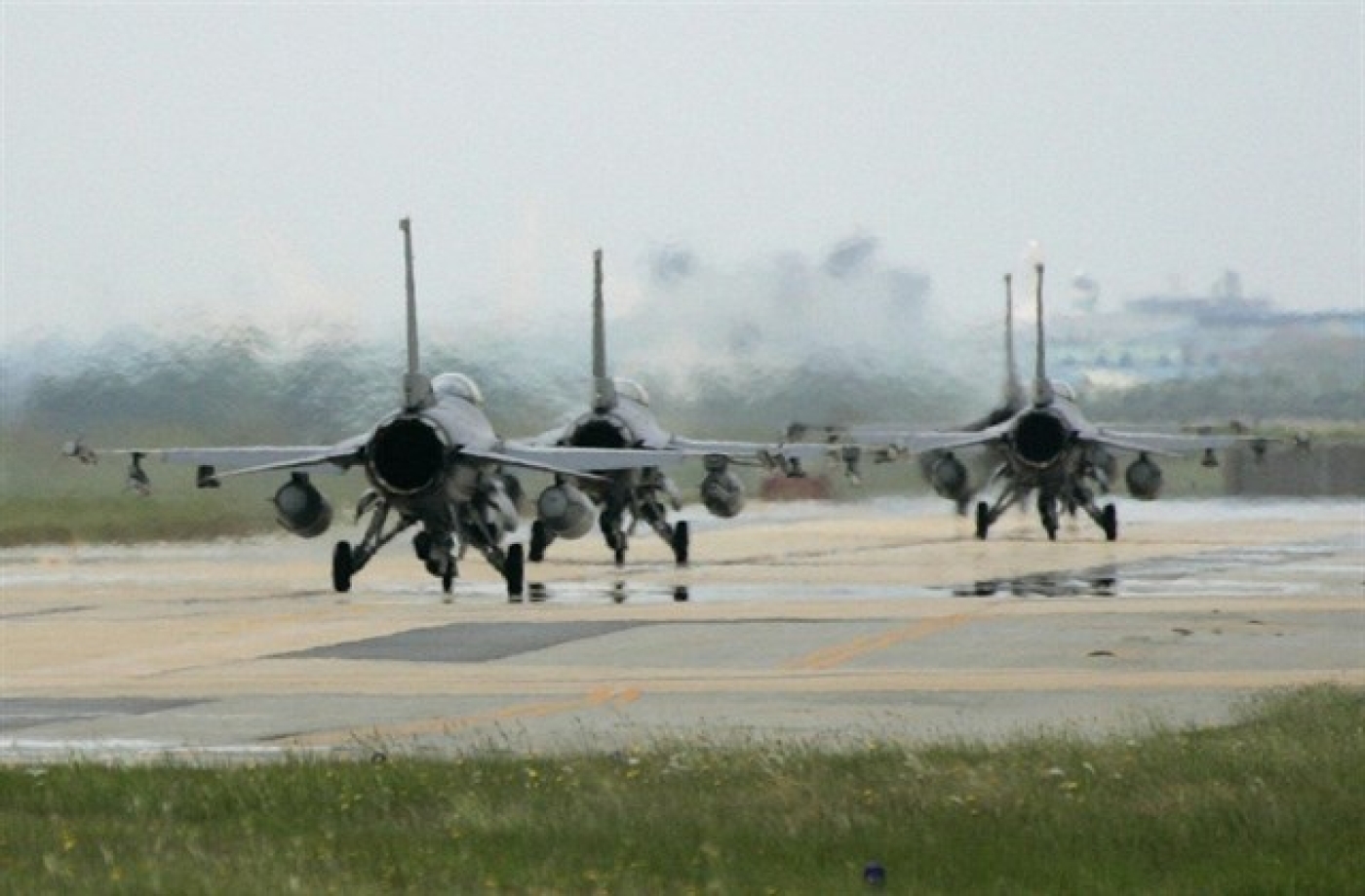 US-led coalition air strikes on the last pocket of land under Islamic State control in eastern Syria have killed 16 civilians, including at least seven children, an activist group has said.

Eight women and one elderly man were also among those killed on Monday while trying to flee towards the Iraqi border, said Rami Abdel Rahman, the head of the UK-based Syrian Observatory for Human Rights.

The coalition was not immediately available for comment, but has repeatedly said it does its utmost to avoid targeting civilians.

However it has been widely criticised by monitoring groups for the high level of civilian casualties in the anti-IS campaign in Syria and Iraq.

The US-backed Syrian Democratic Forces (SDF) continued to press the battle against IS on Tuesday after hundreds of people had fled the holdout overnight.

SDF spokesman Mustafa Bali said: "A group of 600 civilians escaped from Baghouz at one in the morning and they are being searched now."

The Observatory said the new arrivals included women and children from France and Germany.

"Most of those who got out are foreigners," said Abdel Rahman.

"The progress is slow and methodical as the enemy is fully entrenched and IS fighters continue to conduct counter attacks," he said.

"The coalition continues to strike at IS targets whenever available."

The SDF launched the battle to expel IS from the eastern province of Deir Ezzor in September, and has been slowly tightening its hold on the area since December.

After a pause of more than a week to allow civilians to flee, the SDF had declared a last push to retake the "Baghouz pocket" on Saturday. Aided by the warplanes and artillery of the US-led coalition, the SDF has advanced into a patch of four square kilometres.

The SDF estimates up to 600 IS fighters are still holding out in the area, most of them foreigners.

Bali, the SDF spokesman, said the IS's elusive leader Abu Bakr al-Baghdadi, who proclaimed the group's "caliphate" in 2014, was probably no longer in the remaining pocket of land.

Nineteen IS fighters were killed in clashes with the SDF on Monday, with the Kurdish-led SDF losing nine fighters, the Observatory said.

The SDF does not usually divulge casualty figures until weeks or months later.

In the past two months, more than 37,000 people, mostly wives and children of IS fighters, have fled into SDF-held areas, the Observatory says.

That figure includes some 3,400 suspected fighters detained by the SDF, according to Observatory, which relies on sources inside Syria for its information.

On Monday, the AFP news agency reported dozens of new arrivals from IS areas at an SDF-held screening location.

Coalition forces and SDF fighters stood over about 20 men who were crouching on the ground.

Two French women told AFP they paid smugglers to take them out of the battered IS-held holdout, but Iraqi fighters had prevented other foreigners from leaving.

"They said only the Syrians and Iraqis can be smuggled out," said one of the women, who gave her first name as Christelle, from the city of Bordeaux.

US President Donald Trump said on Monday that the coalition may declare victory over IS in the region in the coming days.

Trump shocked Washington's allies in December by announcing a pullout of all 2,000 US troops from Syria.

Syria's war has killed more than 360,000 people and displaced millions since starting in 2011 with the brutal repression of anti-government protests.