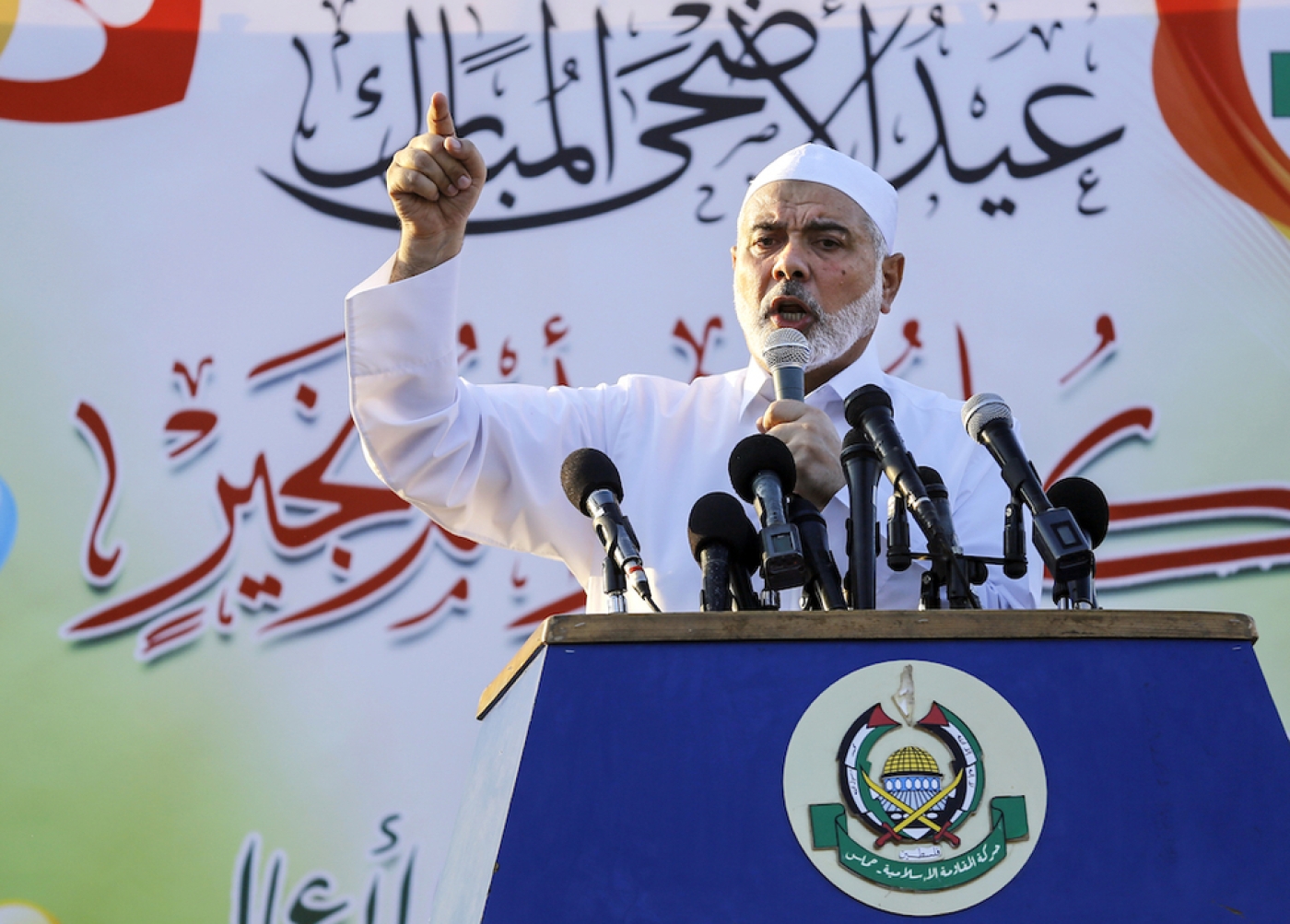 Hamas leader Ismail Haniyeh has dismissed as "clinically dead" US President Donald Trump's "deal of the century" plan to end the Israel-Palestine conflict.

Speaking at a rally after Eid al-Adha prayers in Gaza City on Tuesday, Haniyeh told supporters that they were "on the way to ending the blockade on Gaza".

"This is the result of your steadfastness and your struggle, and any humanitarian aid to Gaza will not be made at a diplomatic price," he said.

European and Middle East powers have awaited a much-discussed peace plan from Trump's administration for months.

UN diplomats have recently begun questioning whether the US peace plan will ever materialise - however, leaked details of the plan, which would involve Palestinians relinquishing claims over Jerusalem among other concessions, have angered Palestinians.

Gaza has been under blockade from both Israel and Egypt since 2007. But indirect negotiations between Gaza's Hamas rulers and Israel brokered by Egyptian and UN officials in recent weeks have reportedly included discussions to ease the blockade, although the elements of the deal remain unconfirmed.

In his speech, Haniyeh did not directly address the possibility of a truce, mooted in Israeli and Palestinian media for weeks.

"Thanks to these marches and resistance, we are just around the corner from closing the page on this unjust blockade," he said, referring to months of protests along the Gaza-Israel border as part of the Great March of Return, which have been the target of a deadly reaction from the Israeli army.

Haniyeh seemingly alluded to Palestinian President Mahmoud Abbas's concerns over a truce between Hamas and Israel that does not include his Palestinian Authority, based in the occupied West Bank.

Abbas's Fatah party and Hamas have been deeply divided for more than a decade, since Hamas won 2006 parliamentary elections and effectively took control of the Gaza Strip.

Reports of talks conducted between Israel and Hamas without the involvement of the PA have led many officials from the authority to fear that the negotiations would effectively formalise the split between Gaza and the West Bank - and doom any efforts towards Palestinian unity.

Haniyeh said any agreement would come "with a national consensus and an Arab safety net in order to establish the necessary safeguards to implement what is agreed upon".

"We are on our way to ending this unjust blockade of Gaza," he said.

Two Palestinians were shot dead during border protests on Friday, bringing to 170 the number killed by Israeli fire in the Gaza Strip since demonstrations began on 30 March.

One Israeli soldier has been killed by a Palestinian sniper from Gaza during the same time period.

On Tuesday, the Israeli army announced that it was opening a probe into the deaths of two Palestinian demonstrators -  Abdul Fattah Abdul Nabi, 19, killed on the first day of protests, and 15-year-old Othman Heles, killed on 13 July.

The announcement came weeks after Israeli newspaper Haaretz revealed that an internal army investigation was set to find no evidence of wrongdoing in the deaths of more than 150 demonstrators.

Israel accuses Hamas of being behind the protests - a claim the organisers of the march have denied - and encouraging Gazans to attempt to breach the heavily guarded fence separating the Palestinian enclave from Israel.

UN envoy Nickolay Mladenov and Egyptian officials have been seeking to broker a long-term truce between Israel and Hamas, which have fought three wars since 2008.

News outlets have speculated it could involve an easing of Israel's crippling blockade of Gaza - including a possible sea passage between Gaza and Cyprus - in exchange for calm on the border and the return of the bodies of two soldiers killed in 2014.