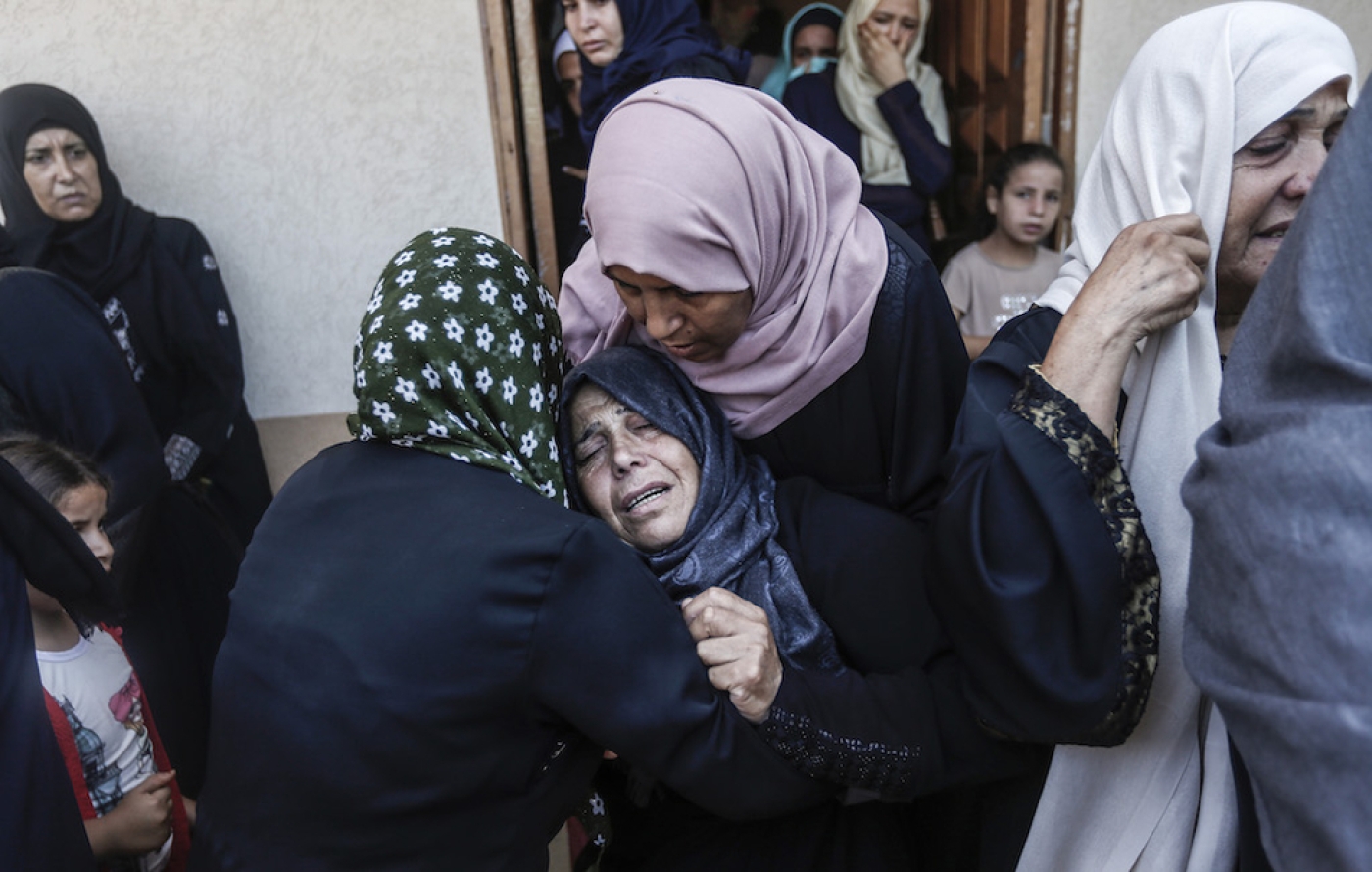 Israel has rejected a report by UN Secretary-General Antonio Guterres outlining options for strengthening the protection of Palestinians in Israeli-occupied territories.

Israel's UN Ambassador Danny Danon said in a statement late on Friday that "the only protection the Palestinian people need is from their own leadership".

The 14-page report laid out four options, from increasing aid to the Palestinians, sending UN rights monitors and unarmed observers to deploying a military or police force under UN mandate.

The report was requested by the General Assembly in response to a surge of violence in Gaza, where 171 Palestinians have been killed by Israeli fire since late March.

"Instead of suggesting ways to protect the Palestinian people from Israel, the UN should instead hold the Palestinian leadership accountable for continually endangering its own people," Danon said.

"The report's suggestions will only enable the Palestinians' continued rejectionism."

A UN mandate for a protection force would require a decision from the Security Council, where the United States could use its veto power to block a measure opposed by Israel.

The report released to all UN member-states comes amid a vacuum in Middle East peace efforts as European and Middle East powers await a peace plan from President Donald Trump's administration that has been under discussion for months.

UN diplomats have recently begun questioning whether the US peace plan will ever materialize.

On Friday, a senior Hamas official told Middle East Eye that Israel had offered to open all of its crossings into the Gaza Strip and give the coastal enclave access to a sea passage to Cyprus in exchange for the halting of all kinds of attacks from the Palestinian territory

If secured, the Egyptian-brokered deal would serve as an enormous relief to Gaza and the Hamas movement that runs it.

However, in the West Bank's Ramallah, the Fatah chairman in charge of reconciling his party with Hamas warned that the movement is engaging in a "hostile scheme" that will break Palestinian unity.

"By negotiating with Israel over a ceasefire and truce in Gaza and for separate arrangements for Gaza, Hamas is engaging itself in the hostile scheme meant to separate Gaza from the internationally recognised state of Palestine on the 1967 line," Azzam al-Ahmad, Fatah official in charge of reconciliation, told MEE on Thursday.

Details of the agreement come as the Hamas source said the movement and Israel have made "significant progress" towards a long-term truce, as Egyptian-mediated negotiations, widely thought to be part of the United States's "deal of the century" for Mideast peace, continue.

According to the source, Israel has dropped its historic demands, including that Hamas disarm, stop digging tunnels and release Israelis who are captive or missing in Gaza. Meanwhile, Hamas has pushed for humanitarian projects in Gaza, including those involving water, electricity and sewage.

But so far, he said, the biggest obstacle in the negotiations has been the timing over when Hamas would be given access to the sea passage, which would run from Gaza to Cyprus. Other logistical details for the sea passage had been worked out, he suggested.