Colin Powell: Iraqis will 'not shed tears' for 2003 invasion architect 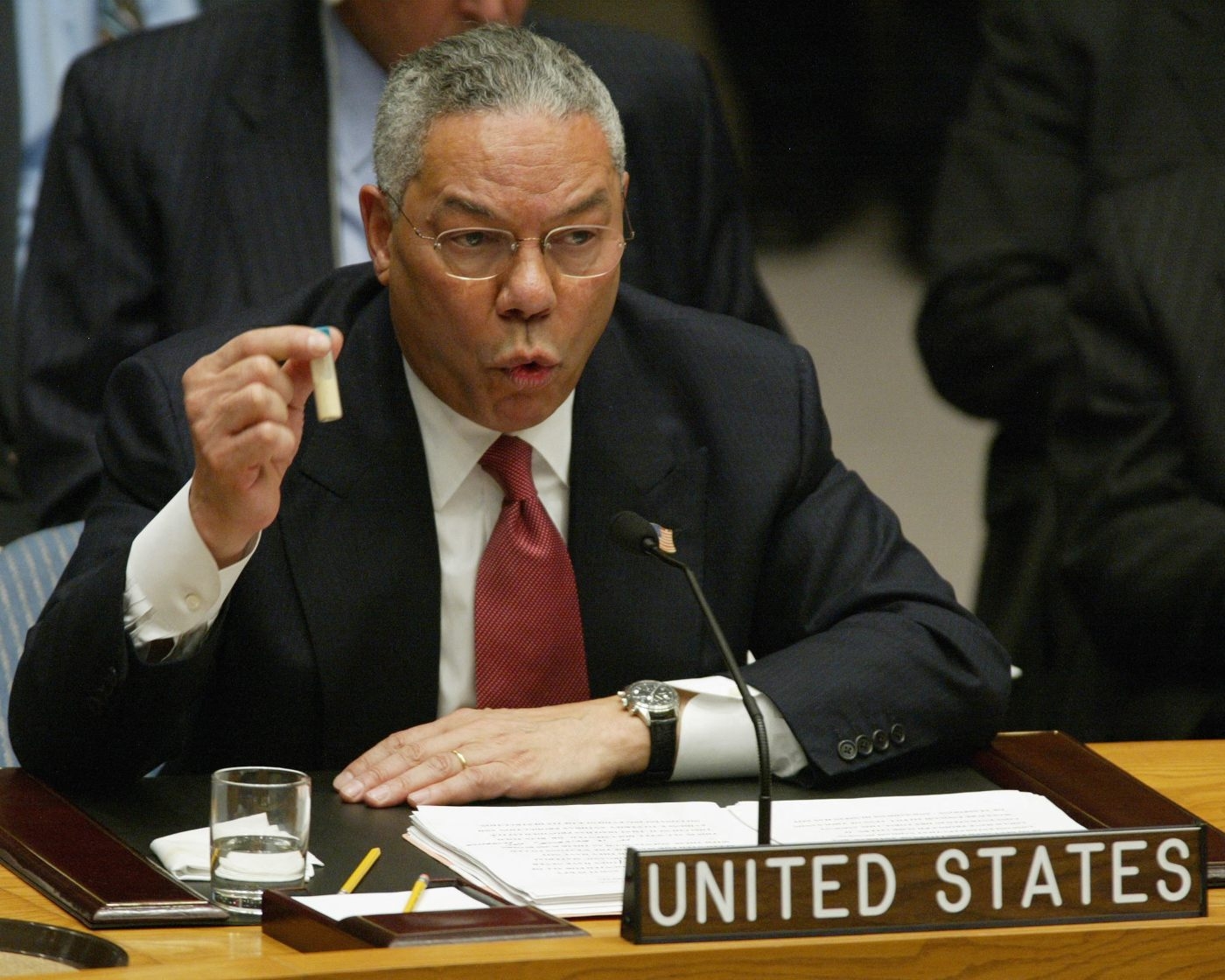 Then-US secretary of state Colin Powell holds up a vial that he said was the size that could be used to hold anthrax on 5 February 2003 as he addresses the United Nations Security Council in New York (AFP)
By
Alex MacDonald
in
Erbil, Iraq

The death of former US Secretary of State Colin Powell has, as is usual with the death of a major political figure, provoked a discussion about his legacy and what his time in office meant to the world.

For millions of Iraqis, Powell will be remembered as the man who presented false intelligence before the United Nations as to the existence and threat of former ruler Saddam Hussein’s weapons of mass destruction (WMD).

Powell’s claims that Saddam had links to al-Qaeda and was hiding WMDs helped push forward the momentum for the 2003 invasion of Iraq and the resulting years of chaos and bloodshed that have continued to plague the country to this day.

'Iraqis will not shed tears for Colin Powell'

Kamal Jabir, a politician with the Civil Democratic Alliance and former freedom fighter against Saddam in the 80s and 90s, saw many killed by Saddam’s administration and gave up much of his life to fighting and to exile because of him.

However, he still regards the Iraq war as having been a catastrophe.

“Since 2003, Iraqis suffered a greater deal because American administrations - Republicans and Democrats - insisted on supporting the most corrupt, most dishonest, and most disloyal officials and Islamic extremists to rise to power and ruin Iraq and slaughter Iraqis,” he told Middle East Eye.

He noted that while Powell had a reputation for decency as a politician, he failed to either object to the 2003 war or the “countless deliberate mistakes” made by Coalition Provisional Authority leader Paul Bremer during his rule over the occupied country.

“[Powell] chose to watch the massacres against Iraq and innocent Iraqis and do nothing about it. Iraqis today are busy trying to rescue their country and save tears for their young peaceful protesters, sons and daughters who got killed by the pro-Iranian militias and gangs,” he said.

“Iraqis will not shed tears for Colin Powell.”

Powell died at the age of 84 on Monday from complications linked to a Covid-19 infection.

Much has been made of his status as the first black secretary of state and his reputation for caution and level-headedness in former president George W Bush's administration, which was otherwise known for its hawkishness.

Obituaries have described him as a "pathbreaker" and branded him a "reluctant warrior" in the Iraq war. He would later disavow his famous 2003 speech at the UN, describing it as a "blot" on his career.

Salam Ali, a member of the central committee of the Iraqi Communist Party, said Powell’s speech at the UN helped influence people both inside and outside the US who were “reticent about launching the war on Iraq”.

"Colin Powell is among top officials in the US administration responsible for waging that criminal war, and misleading the world with fabricated information, who should have been held accountable for what they did."

His relationship with Iraq began in 1991 when as chairman of the Joint Chiefs of Staff, he helped drive Saddam's forces out of Kuwait. 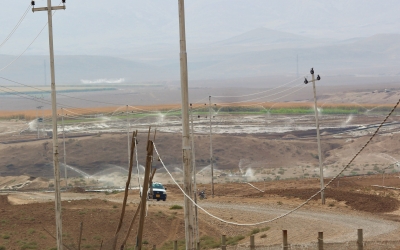 “Our strategy in going after this army is very simple,” he told reporters at the time.

Even though the US did not end up going that far in 1991, in 2003 Saddam's forces were finally defeated, with Bremer disbanding the army and soon taking control - a move that would have disastrous consequences as waves of unemployed and disgruntled former soldiers joined the armed resistance against the US occupation.

Ahmed Habib, an editor at the Baghdad-based publication ShakoMako.net, said that Powell's role in Iraq was irredeemable and pushed back at attempts to paint him like a dove whose role in the war was as an unwilling participant.

“Colin Powell’s legacy lives on in the millions of lives destroyed, either dead or exiled, in the prehistoric infrastructure that everyday Iraqis are forced to [endure] today, one that his actions are almost entirely responsible for," he told MEE.

October 2019 saw Iraq swamped by anti-government protests that sought to unseat the political class the invasion had brought to power, and tackle the mass unemployment, poverty, corruption and foreign interference that has become a fact of life in the country.

The response from the government, security officials and armed groups has been to violently suppress and threaten the people calling for an improvement to their standard of living. In particular, Iran-backed groups have become a daily threat for many activists.

Ali Khyail, a democracy activist who grew up during the turmoil of the post-invasion era, said that the ultimate effect of Powell's actions had been to "hand Iraq over to Iran", while at the same time removing a threat to Israel.

"If it was about saving Iraq, Iraq would not have been handed over to a country with which there was a war that lasted eight years," he told MEE.

Even though Iraq is no longer as soaked in blood as it was in the mid-2000s, violence and instability are still daily facts of life for many of its inhabitants.

Parliamentary elections on 10 October saw the lowest-ever voter turnout, with the political class - largely composed of exiles who returned to Iraq following the 2003 invasion - widely despised, and hope for a better future through the ballot box steadily diminishing.

As a crucial figure in the Bush administration that is largely responsible for this state of affairs, Powell's legacy in Iraq will not be as a liberator of ordinary people from Saddam's tyranny, but as someone who oversaw the country's decline.

"We are terrified now and we will never forgive him," said Khyail. 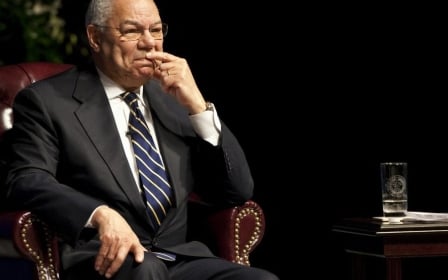 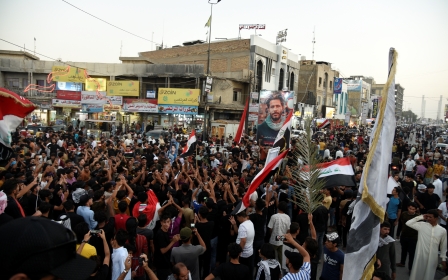 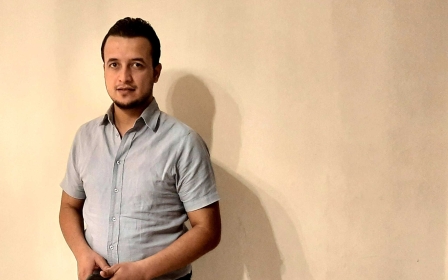 Inside Iraq
'I thought I was going to get killed': Iraqi journalist recounts kidnapping