Rise in attacks by Palestinians unaffilitated with political groups are a result of increasing disillusionment with leadership, analysts say After five Israelis were killed and several others wounded in an attack on a Jerusalem synagogue Tuesday morning, police shot dead Ghassan Abu Jamal, 23, and Odai Abu Jamal, 30 - two cousins from East Jerusalem who were named as the attackers.

There has been a raft of conflicting reports regarding the cousins’ affiliation to the Popular Front for the Liberation of Palestine (PFLP) - a revolutionary, leftist organisation that gained notoriety in the 1960s and 70s for a series of aircraft hijackings - and whether or not the group had claimed responsibility for the incident.

A statement posted on the group’s Facebook page supported the attack saying it was a “natural response to the crimes of the occupation” and declared the attackers as members of the PFLP, while not claim responsibility for the killings.

At the same time, in a press release emailed on behalf of PFLP, the group hailed the attackers as “heroes”, but did not mention any links of affiliation with the group.

Family members told MEE that the cousins did not belong to any political group.

PFLP was founded by George Habash, a Palestinian Christian, in 1967. After Fatah, it has consistently been the second-largest of the groups forming the Palestinian Liberation Organisation (PLO). It is currently boycotting participation in the executive committee of the PLO and views the Fatah-dominated government in the West Bank and Hamas administration in Gaza as illegitimate due to an absence of elections since 2006.

Among the most prominent members of the group is Lelia Khaled, who became known for highjacking a plane headed from Rome to Athens in 1969.

According to Ramzy Baroud, an internationally syndicated journalist and expert on the Palestinian-Israeli conflict, a tacit rift occurred in PFLP in the 1990s. As the Palestinian Authority was being rashly constructed in the West Bank, PFLP leaders searched for a balance between the radical spirit of the group and a new political status quo, which demanded a more pragmatic approach on their part.

The outcome was anything but ideal, said Baroud. While many PFLP-affiliated groups and NGOs learned to co-exist with the Fatah-dominated PA, others are still soul-searching, hoping to return to the group’s heyday of radical political action and armed struggle.

At least rhetorically, armed-resistance remains a central component of the PFLP political posturing and literature. This may explain Tuesday’s conflicting reports.

“These two statement are likely the result of wrangling between factions of the PFLP, those mindful of the status quo, and the more revolutionary elements,” said Baroud.

At the same time, a tradition of honour among Palestinian resistance groups to claim the affiliation of any person who carries out an attack against Israel could also explain the situation, according to Baroud.

“If someone is a martyr in Palestine, it used to be acceptable for everyone to claim that person belongs to their group. By everyone saying he/she is ours, it becomes more difficult for Israel to crackdown on a single organisation,” he explained.

While several media sources have reported that the PFLP has claimed responsibility for the incident, sources on the ground in Jerusalem confirm that no formal statement has yet been made on behalf of the group.

Furthermore, a spokesman for the PFLP said Wednesday that it was "premature" to talk about his organization's responsibility for the attack, reported the Jerusalem Post, leading observers to infer that the operation may not have been organised by a group at all but occured upon the attackers’ own initiative.

Analysts say that while reports remain unconfirmed, non-factional attacks have been on the rise in Israel.

“We’ve seen this pattern over the past few weeks - most prominently from Hamas which keeps some distance from actions while describing them in a positive light,” said Ofer Zalzberg, senior Middle East analyst at the International Crisis Group (ICG).

“This kind of action is more effective in harming Israel. It means that Israel cannot react with a full-scale operation against the organisation and is left to deal with individuals as the less organised [the operation], the more difficult it is for Israeli intelligence to detect it in advance,” Zalzberg told MEE.

Israel has reacted to such attacks in the past by cracking down on militant factions, including the PFLP but most notably against Hamas’s military wing.

“The PFLP led armed resistance in Gaza in 1970 after which Israel cracked down on it, assassinating its top leaders and killing and capturing many of its fighters,” Baroud said. “The group’s Secretary General, Abu Ali Mustafa was assassinated by Israel in Ramallah in August 2001, and his successor Ahmad Sa’adat languished in the PA, then Israeli prisons since 2002.”

The group’s militant wing, the Abu Ali Mustapha Brigades, which has been named as the source of Tuesday's statements, claimed responsibility for several suicide attacks during the second Intifada.

While it may be too early to confirm if the attack was non-factional, observers see the rise in individual attacks as a result of increasing disillusionment among Palestinian youth with Palestinian and Arab leadership.

“There is no leader to go to that can represent the needs and demands of East Jerusalemites or Palestinians in general. For Palestinians, Abbas does not seem to act, Jordan’s actions are limited, while most of the Arab or Islamic world doesn’t seem to be mobilising,” said Zalzberg.

“No one is acting in the face of perceived threats among Palestinians in East Jerusalem and therefore in the absence of leaders, individuals react,” he added. 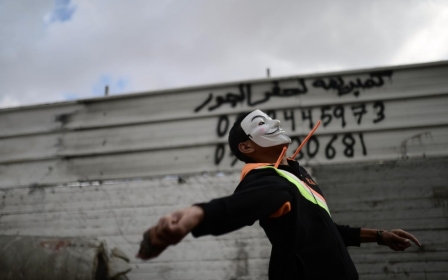 Aqsa Fallout
Talk of a third Intifada: Where to from here, Palestine?
Ramzy Baroud 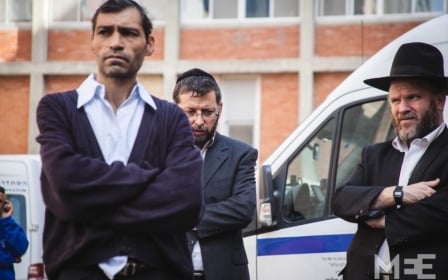