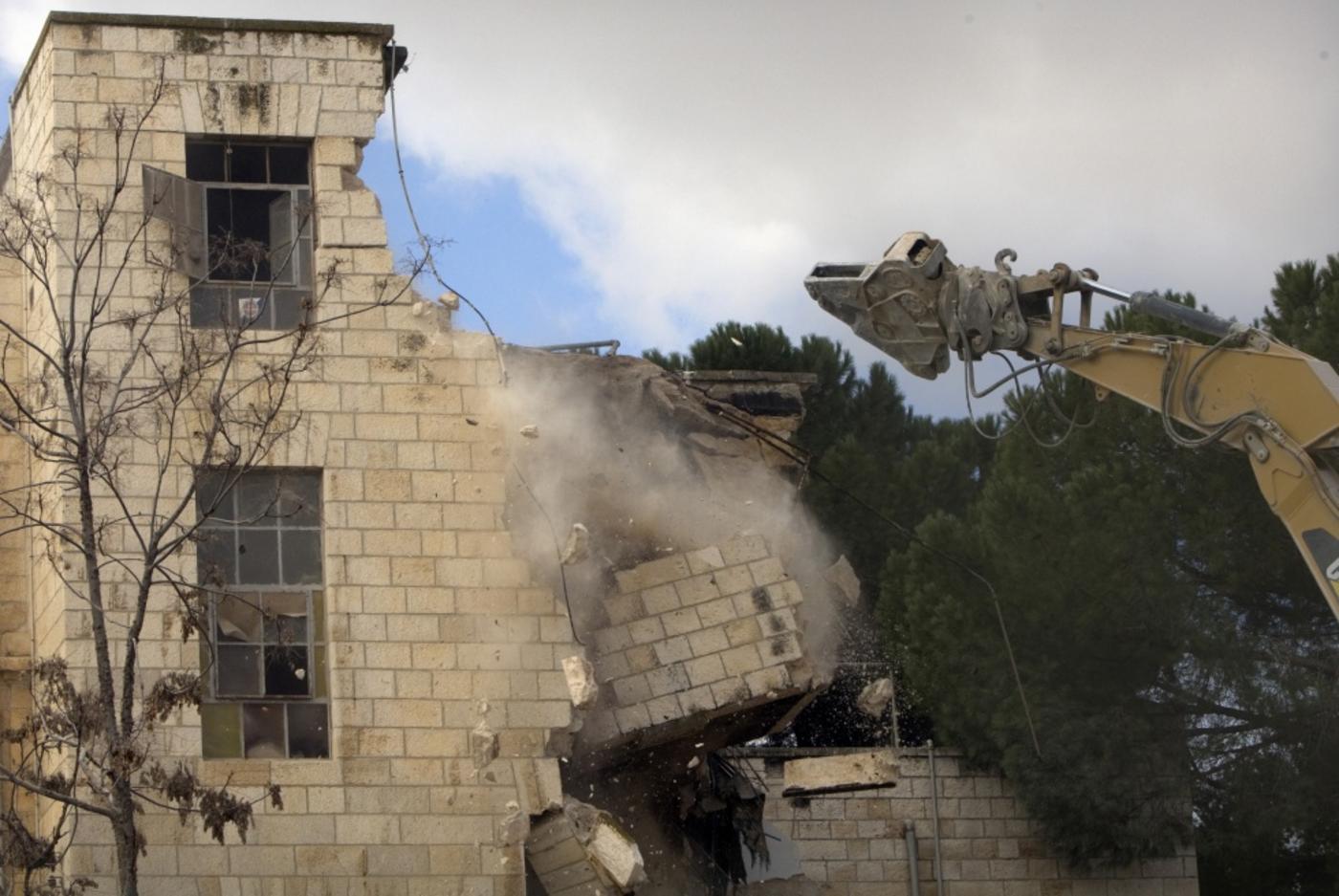 Israel is fond of presenting itself as a liberal Western democracy, in fact the only democracy in the Middle East. What defines a democracy, however, is the rule of law, and this is routinely denied to millions of Palestinians living under Israeli control these past 47 years and counting. Israel’s policy of home demolitions – some 48,000 Palestinian homes demolished since the start of the Occupation in 1967 – represents the cynical distortion of the law for political ends. Israel’s “Civil” Administration, the term it disingenuously gives its military government in the Occupied Territory so as to give the impression of normal, proper, a-political administration, routinely sends out demolition orders that themselves constitute violations of the Fourth Geneva Convention, and while Palestinians may appeal them in Israeli courts, they never succeed in overturning them.

When it comes to punitive demolitions, however, Israel abandons all legal pretext, and we most clearly see the Occupation for what it is: pure repression with no relation to political policy intended to end the conflict, the demolition of homes of suspected lawbreakers and their innocent family members reduced to merely atavistic revenge. Between 2001-2005, according to B’tselem figures, 664 Palestinian homes were demolished in the Occupied Territory as forms of punishment. Some 4,182 innocent people were displaced, many of them neighbours of the suspect’s family, and this often on the basis of suspicion alone. So it was last August when three apartment blocks in Hebron belonging to the families and neighbours of those suspected of killing three settler youth were demolished, and so it is now as the Israeli government has threatened to demolish the home of Muatnaz Hijazi, suspected of shooting (though not killing) settler leader Yehuda Glick last month, as well as the homes of four suspects involved in recent attacks.

The idea behind punitive demolitions is simple and straightforward: Palestinians (like everyone else) hold their homes sacred, and since they live in extended families, the loss of a home serves as an effective deterrent to others who might carry out attacks if they knew that their family’s home would be destroyed. The policy of punitive demolitions in fact grew out of the British Emergency Regulations of 1945, which none other than Menachem Begin referred to as “Nazi” regulations and worked tirelessly, though ultimately unsuccessfully, to have them cancelled during his years in the Knesset.

When in the 1950s Prime Minister Moshe Sharett argued that “all laws are laws,” Begin replied: "Not so! There are tyrannical laws, there are unethical laws, there are Nazi laws…. The law which you have employed [the British Emergency Regulations] is Nazi, tyrannical and unethical. An unethical law is also an illegal law…. The existence of such regulations raises questions regarding the fundamental rights of every Israeli citizen."

Nonetheless, the Regulations were incorporated into Israel. Despite Knesset decisions to repeal them, their usefulness for both the Military Government established to rule the Arab sector of Israeli society from 1948-1966, and the usefulness of their subsequent application to the Occupied Territory beginning in 1967 prevented that. As B’tselem notes, “the Regulations served as the authority for Israel to demolish and seal hundreds of houses, deport residents, administratively detain thousands of persons, and impose closures and curfews on towns and villages.” Indeed, hundreds of homes were demolished under this policy in the Occupied Territory, many of them while Begin himself was in power.

Ironically, the Israeli army itself has concluded that far from constituting effective deterrence, the policy of punitive demolitions actually inflamed an already combustible environment. To add to the irony, the military committee that concluded thus was convened by Defence Minister Moshe Yaalon, then-Chief of Staff, the very one now overseeing the reinstating of that failed policy. Indeed, it was Ya’alon himself who ended punitive demolitions in 2005. The return to punitive demolitions, which officially have no positive impact on either political policy or security, is therefore the exercise of raw, atavistic violence, unfocused revenge against suspects not yet tried or convicted (Hijazi was killed hours later near his home, supposedly because he resisted arrest) and innocent family members and neighbours – part of a broad policy of repression unlinked to any political process that may resolve the conflict.

Not only do punitive demolitions violate the basic principle of due process of law, the home in question belonging only to a suspect, but the targeting and punishing of a suspect’s family members innocent of any crime through the demolition of their home constitutes collective punishment, a violation of Article 33 of The Geneva Convention relative to the Protection of Civilian Persons in Time of War (the Fourth Geneva Convention). That Article reads: “No persons may be punished for an offence he or she has not personally committed,” and it defines collective punishment as a war crime. Needless to say, punitive demolitions are only applied when the attacker is a Palestinian and the victim is a Jew; neither Israeli army or settler violence towards Palestinians is punishable, certainly not by demolishing Israeli Jewish homes.

In response to appeals against punitive demolitions, the Israel High Court has consistently supported the policy. In fact, it has formally relieved itself even of the authority to make decisions on cases involving security and the Israeli army. In the Abu Daheem case in 2002, the Court stated that “ Our position is not to intervene in the changing of policy of the defendant [the Israeli army]. This abrogation of judicial authority does not only reflect poorly on the Israeli legal system, in fact it denies the Palestinian population of East Jerusalem, the West bank and Gaza, all Protected Persons under the Fourth Geneva Convention, any effective protection under either the international or Israeli legal systems.

This touches, of course, on yet another fundamental issue regarding the rule of law in the Occupied Territory (of which East Jerusalem is, regardless of Israel’s unilateral and illegal annexation): Israel’s refusal to apply the Fourth Geneva Convention. The very imposition of Israeli planning regulations, law and military procedures such as demolitions over the Occupied Territory itself constitutes a blatantly illegal act in international law.

The Israeli legal system, by disconnecting law from justice and permitting the government to violate with impunity international law, has turned itself into an instrument of oppression. One Israeli expert in international law, who chose to remain anonymous, described this cynical manipulation of law candidly to the Jerusalem Post Up Front magazine (April 15, 2005, p. 34):

"International law is the language of the world and it’s more or less the yardstick by which we measure ourselves today. It’s the lingua franca of international organizations. So you have to play the game if you want to be a member of the world community. And the game works like this. As long as you claim you are working within international law and you come up with a reasonable argument as to why what you are doing is within the context of international law, you’re fine. That’s how it goes. This is a very cynical view of how the world works. So, even if you’re being inventive, or even if you’re being a bit radical, as long as you can explain it in that context, most countries will not say you’re a war criminal."

This approach to law, reflected in the recent rulings of the High Court regarding the renewal of the policy of punitive demolitions, pits international law and human rights advocates against the Israeli legal system. Israel cannot claim to be a democracy as long as it operates a dual legal system, Israelis and Palestinians living under separate legal systems, with the latter having no legal protection whatsoever.

In the meantime, Ya’alon has decided to reinstate the policy of punitive demolitions – but against Palestinians only. The Israeli government would never demolish the homes of Jewish terrorists; those of the killers of 16 year-old Mohammad Abu Khdeir last July have never been threatened. Yet officials of the Home Front Command came immediately to the homes of the four accused of attacks over the past few days, taking measurements and photographs in preparation for demolition. No matter what their crimes, homes of law-breakers should not be demolished; indeed, international law and even Israeli domestic law prohibits it. With the collapse of any “peace process” the conflict runs the risk of deteriorating into purely atavistic revenge. That is what the return to punitive demolitions portends.

- Jeff Halper is co-founder and director of the Israeli Committee Against House Demolitions. He can be reached at: [email protected] 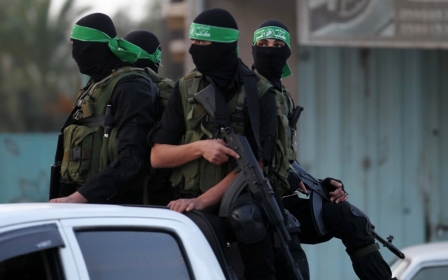