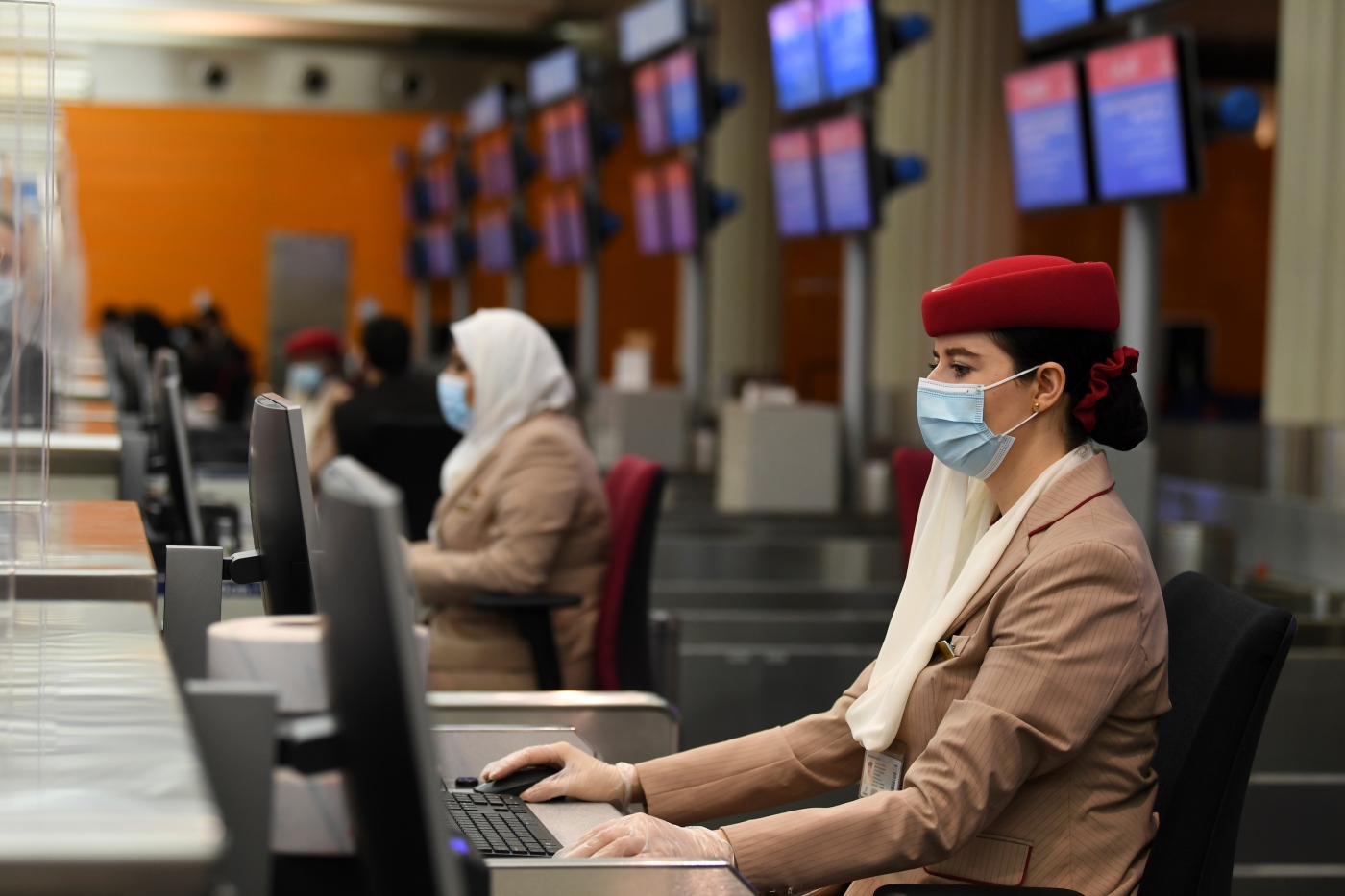 Thousands of Emirates employees may be laid off, including around 600 pilots and 7,000 cabin crew (AFP)
By
MEE and agencies

Emirates, one of the world’s biggest long-haul airlines, is planning to cut thousands of jobs to help manage a cash crunch caused by the coronavirus pandemic, according to reports.

The layoffs would affect around 600 pilots and nearly 7,000 cabin crew, sources say.

An airline spokesperson told Middle East Eye that some employees had been laid off.

"Given the significant impact that the pandemic has had on our business, we simply cannot sustain excess resources and have to right-size our workforce in line with our reduced operations.

"After reviewing all scenarios and options, we deeply regret that we have to let some of our people go."

More redundancies were expected this week, including both Airbus A380 and Boeing 777 pilots, according to sources quoted by the Reuters news agency who spoke on condition of anonymity.

The aviation industry has been among the worst hit by the Covid-19 outbreak, as travel demand drops to a record low and forces major airlines to cut jobs and seek government bailouts.

The Gulf carrier said last month that it would take at least 18 months for travel demand to return to "a semblance of normality", despite reporting bumper pre-coronavirus pandemic profits.

The Dubai airline, the biggest in the Middle East, posted $288m in net profits for the financial year ending in March, up from $237m the previous year.

'Given the significant impact that the pandemic has had on our business, we simply cannot sustain excess resources and have to right-size our workforce in line with our reduced operations'

It had performed strongly in the first 11 months of the fiscal year, Emirates Group chief Sheikh Ahmed bin Saeed al-Maktoum said on Sunday.

"However, from mid-February, things changed rapidly as the Covid-19 pandemic swept across the world.”

Since grounding passenger flights in March, both state airlines Emirates and Etihad have operated limited, mostly outbound services from the United Arab Emirates. As countries start to ease travel restrictions, the airlines have begun to slowly increase flight capacity.

As of Tuesday, Emirates is offering flight bookings to 30 destinations including London, New York, Kabul, Hong Kong and Sydney, and the list is expected to be expanded in the coming days.

The layoffs at Emirates will be among the largest ever in the airline industry, experts say.

According to prominent aviation website One Mile At A Time, the airline has taken the steps to adopt group firings and had sent out emails on Monday night to “many flight attendants and pilots, informing them that they had to attend mandatory meetings today at the Emirates training college”, where many were told they were being terminated.

The website added that many employees who had not been laid off will get “a 50 percent pay cut of their basic salary” between 1 July and 30 September.

Emirates had previously reduced basic wages by 25 percent to 50 percent for three months from April, with junior employees exempted.

The government of Dubai, whose economy heavily depends on aviation and tourism, said in April that it would inject capital into Emirates to help it cope with the impact of the coronavirus.

It has since laid off employees, which sources previously told Reuters were trainee pilots and cabin crew.