While Saad Jaber has been called a George Clooney lookalike, his goal is keeping Jordanians out of the ER 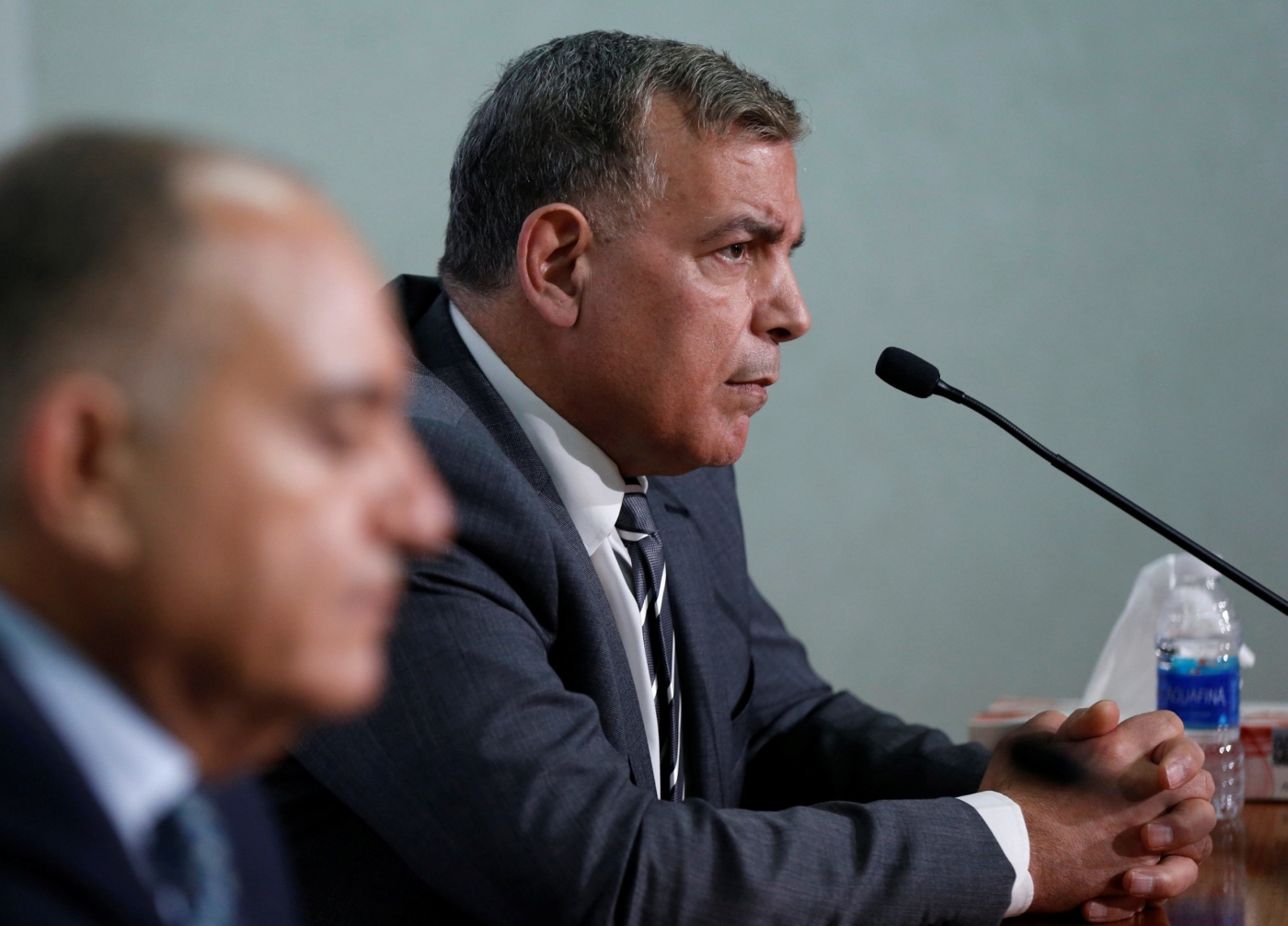 Every day, Jordanians across the country are glued to their television screens, waiting to hear from Minister of Health Saad Jaber on the latest updates and recommendations regarding the Covid-19 pandemic, as the country has been under strict lockdown since 25 March. 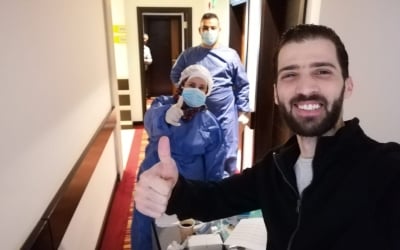 But for many viewers, the messenger has become just as important as the message. The charismatic 60-something heart surgeon has become somewhat of a sensation in the country, as he has been dubbed the Jordanian George Clooney.

As Jordan and the world continue to battle the coronavirus that has claimed the lives of more than 200,000 people globally, Jaber’s mature charm has brought a bit of levity amid the crisis, inspiring memes, poetry and praise for his role in fighting the pandemic.

Before joining the Jordanian cabinet, Jaber held numerous positions, most recently as director-general of the Royal Medical Services in the Jordanian army - having reached the rank of major general by the time he left the military in May.

In addition to his solid medical credentials, it is Jaber’s charming demeanour and warm eloquence that have endeared him to the public.

In March, one of Jaber’s statements during a medical conference brought inspiration to many Jordanians and has since been quoted on numerous occasions.

“I was a soldier in the military before I became a minister. The military for me doesn’t have any use for the concept of pleading, but I beseech you not to cause our efforts to protect you to fail,” he said.

The minister’s personal Facebook page has garnered 260,000 followers, many of them women who post marriage proposals and heart emojis on his posts and pictures.

Amal, a 50-something Jordanian, counts herself among Jaber’s admirers.

“His presence and the credibility of his words give us a sense of security in our hearts and remove our fears about the coronavirus,” she told Middle East Eye. “On top of that, there is the fact that he is handsome and always has a smile on his face.”

Jaber’s appeal is not limited to female fans. Motaz Btoush, a Jordanian youth, created a special portrait of the minister depicting him as Superman.

“I created the image in light of the deep crisis that the homeland and the world are experiencing,” Btoush told MEE. “Dr Saad Jaber is one of the most important people during this phase. He represents every official, doctor, and medical worker by showing high levels of integrity and dedication in his work as well as appreciation for all of them. He has shown his true heroic nature during this crisis.”

Not everyone in Jordan has succumbed to Jaber mania. Mohammad Zawahreh, a civil society activist, cautioned against putting the minister on a pedestal.

“We respect Dr Saad Jaber and we appreciate his efforts, but I think we have started to turn him into a symbol that can’t be criticised in case he makes a mistake,” Zawahreh wrote in a Facebook post.

In a blog post for Jordan's Gender Centre, psychology professor Ismat Hoso hypothesised on the reasons behind Jaber’s popularity.

“Most people are not used to officials talking in a pleasant, fatherly way, with some degree of pleasant comedy, gentleness and simple humility,” she wrote, also hailing the minister’s “constant efforts to lift the spirits of the population experiencing the darkness and negativity of the current context, and the fear that is engulfing us because of the coronavirus”.

But how does the man himself view the public’s infatuation?

Speaking to MEE, Jaber said this was not the first time in his life that he had been compared to US actor and notorious silver fox George Clooney.

“I used to hear this before - when I was a heart surgeon,” he said. “Young women used to make that reference to me when I was young. I am an old man now.”

Has the public adulation caused any embarrassment to the minister vis-a-vis his family - including his wife and five children?

“My family and my wife are understanding, and she knows that I am not affected by this flirtation,” he replied. “Besides, she knows my daily schedule and where I am at any time.”

Jaber said the public’s support did not distract him from the gravity of the situation.

“People’s admiration and what is posted on social media put a big responsibility on my shoulders,” he said. “I work particularly hard to be worthy of this adoration and trust, which puts huge pressure on me and my family.”

Being the face of the battle against Covid-19 has also meant that the minister takes stringent measures himself to avoid spreading the virus.

“When I come home, I am required by my wife and daughter, who is studying medicine, to follow strict precautions,” Jaber said. “I have to take off my shoes outside the house and remove all of my clothes. My daughter then sprays me with disinfectant and then I take a shower. Every night I wear different pajamas to bed.”

The praise for Jaber and the Jordanian Health Ministry is not without merit - even as the government has faced some criticism for how it has handled the pandemic amid fears about its impact on the economy. 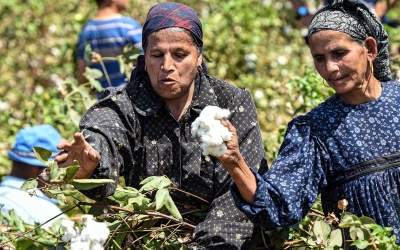 Despite its limited financial resources, Jordan has successfully controlled the spread of the novel coronavirus thanks to strict measures implemented early on. As of Tuesday, Jordan had confirmed 449 cases in the country. Of those, seven have died while at least 348 have recovered, leaving 94 still receiving treatment in hospitals.

On 17 March, Jordan closed its air and land borders, then suspended public life on 25 March and implemented an extended enforced confinement as public and private institutions were closed and transportation came to a halt.

“From the beginning of January, medical teams were at the airport, heat monitors were installed and we began intensive efforts to study this virus,” Jaber said. “We created quarantine quarters in our hospitals and we equipped them...We also halted the export of masks and we began producing masks and protective equipment in large quantities, which we are now exporting.

“We closed the borders early on and we were ready and prepared when the virus entered - since we feared that the danger would come from the outside,” he added. “All this was done at a time when [most of] the world was not taking such actions.”

Since then, Jordan has begun progressively lifting some lockdown measures, allowing for some businesses to reopen and for Jordanians to drive their cars during the daytime as of Monday.

Hailing Jordan’s healthcare system as “one of the best in the region”, Jaber nonetheless cautioned that it was too early for Jordan to claim that it had defeated the virus.

“Locally, we will win if we can completely open our economy with only a few cases. We need to learn to live with it while keeping the number of infections low,” he said. “Victory will not be local but global when a treatment is discovered.” 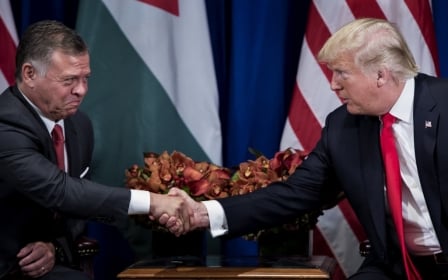 Covid-19
Jordan to send medical equipment, doctors to US to fight Covid-19