Fouz Alfahd, who promoted the testing kit on Snapchat, told millions of her followers that it was '95 percent accurate' A Kuwaiti social media influencer, with a following of more than three million people on Instagram, has been arrested after promoting an unlicensed 15-minute coronavirus test on Snapchat.

Fouz Alfahd, who regularly updates her followers on the latest fashion and beauty trends, took to the social media platform to promote the product.

“The testing kit is 95 percent accurate but you should go and check if you feel any symptoms,” she said in a clip, while showing a testing kit which resembled a pregnancy test.

“I’m super paranoid so I went to great lengths to get this testing kit which shows you if you have the virus or not... I think this will be widely available soon and I think it would be great to have at home,” she added.

The testing kit, which has not been approved by any health officials or ministries, has caused controversy online, with people calling it irresponsible and dangerous.

A Kuwaiti lawyer, Bashar Al Nasr, said that appropriate measures will be taken to combat the misinformation surrounding the issue.

Translation: "Tomorrow, God willing, an adequate response will be delivered with regards to the advertisement of the coronavirus testing kit, which has not been approved by the Ministry of Health. From the beginning of this pandemic, we have been vigilant in fighting the virus and it is prohibited to create an advertisement for a device that is unapproved."

Authorities in Kuwait, which has reported 176 cases of the virus, have taken several measures to contain the spread of Covid-19.

Mosques have temporarily been closed and the adhan, the Muslim call to prayer, has been ameded to include the words “pray in your homes”.

A halt on all commercial flights to and from Kuwait City International Airport has also taken effect, until further notice.

The majority of cases recorded were either people who had travelled to Iran or who had been in contact with people who were there, the ministry said. 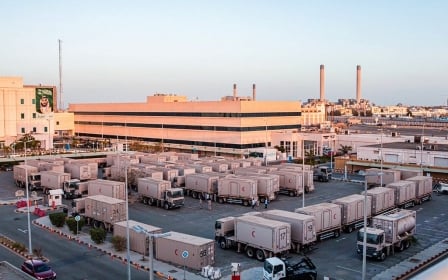 Coronavirus
How we can defeat coronavirus
Abdu Sharkawy